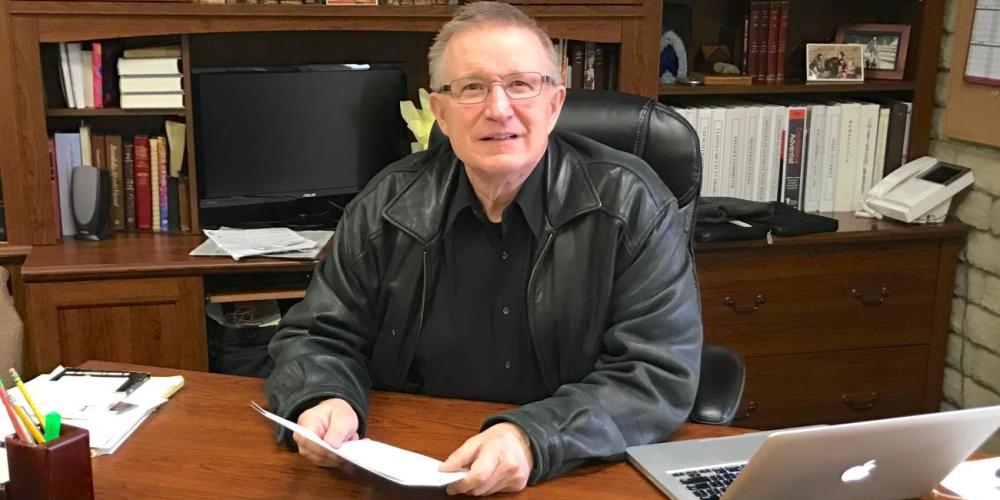 Surprises Abound When a Church Prays for Missing Sheep

An unexpected meeting in a supermarket and an out-of-state letter help a pastor reconnect with missing members.

By Lloyd Perrin, as told to Andrew McChesney, Adventist Mission


The church that I pastor in the U.S. state of Oregon has an official membership of 491 people. But only 38 percent of those members are active, a number that inches up to 44 percent if you include elderly members who are house-bound because of physical or mental disabilities.

That means 56 percent of our members are inactive — a figure that I haven’t found to be unusual during my decades of pastoring Seventh-day Adventist churches in the United States. The problem is not limited to U.S. churches. Worldwide, nearly half of all people baptized into the Seventh-day Adventist Church over the past 50 years have ended up leaving, according to statistics compiled by the Adventist world church’s Office of Archives, Statistics, and Research.

But the Seventh-day Adventist Church has an obligation to shepherd the flock. The apostle Peter says in 1 Peter 5:2, “Shepherd the flock of God which is among you” (NKJV).

So, we started going through our membership records this week at the Milton Seventh-day Adventist Church in Milton-Freewater, Oregon. We hope to determine the whereabouts of inactive members, reconnect with them, and invite them back. Inevitably, however, we will end up with a list of members who have simply disappeared. As at previous churches, I will distribute a list of these missing members to each church officer. We will pray daily for each missing member by name and ask God to help us reconnect with them.

Surprises abounded when I previously gave this prayer challenge to the Linwood Seventh-day Adventist Church in Spokane, Washington. We compiled a list of 30 missing members and asked God to bring them across our path. Within days, a church officer called me to say, “I was down at the supermarket and guess who was in line with me? It was one of the missing members. I got a telephone number and address.”

About three weeks after we started to pray, I received a letter from a woman who had left the church 15 years earlier. The woman wrote that she had stopped attending church after failing to return a storybook from the church library. She had moved to another state and, she wrote, had been too lazy to find a way to return the book. But guilt had gnawed at her heart and then grown into a cancer that poisoned her relationship with God. The book and other circumstances had prompted her to leave the church.

The woman wrote that she had suddenly remembered the book and felt convicted to reach out to the church. She apologized for taking the book and enclosed $50 to cover the book’s cost and 15 years of interest on its value.

I called up the woman immediately, and we had a delightful conversation. As I listened to her story, I realized that her sense of conviction had only begun growing when our church had started to pray 1,500 miles (2,400 kilometers) away. I put her in touch with her local Adventist pastor, and she became an active member of that church.

The woman was a blessing to our church as well. With her permission, I shared her story with our church members. We rejoiced in the powerful reminder that prayer works.

We didn’t locate all the missing members on the list. But through prayer we found about two-thirds of those missing members within three months. We reconnected with them and invited them to return to church. Many were reclaimed.

Soon we will begin to pray for missing Milton church members. My heart is touched as I look at our membership list. I see the name of a mother, an active church member, whose two daughters grew up in this church, got married, and moved on. They are no longer involved in the church, and I know that this reality must weigh on their mother’s heart. I see the names of a large family. The mother moved to another state after her husband died, leaving her name on the church’s books, and the adult children remain in the area. Those children grew up in our church but no longer attend.

I am longing to see how God will answer our prayers. I am leaving a membership list on my office desk to remind me to pray. We need to find our missing sheep and invite them back home.

Lloyd Perrin is senior pastor of the Milton Seventh-day Adventist Church in Milton-Freewater, Oregon, and the Blue Mountain Valley-Mission Church in Athena, Oregon.

Adventist Students in Kenya Celebrate Sabbath Victory The court ruling excuses Adventist students from classes and other activities on Saturday.

Trophy Hunter Becomes a Hunter of Souls An Alaskan bush pilot and entrepreneur finds the Sabbath.