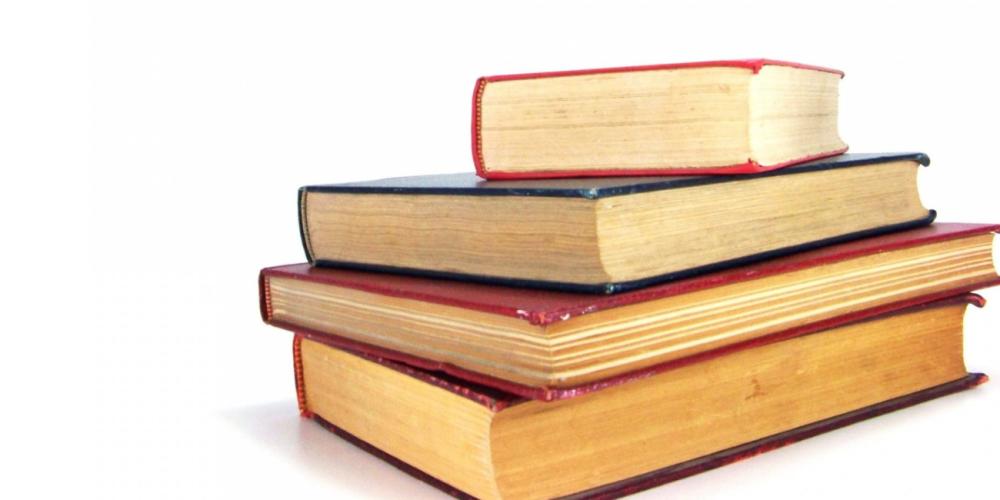 How prayer helped me bring a box of books into a closed country.

By Vladimir Borisov, as told to Andrew McChesney, Adventist Mission

After a Seventh-day Adventist conference, friends asked whether I would be willing to take a box of about 100 religious books back to the closed country where I live.

I wanted to help, but I felt reluctant. The government of my home country strictly controls the distribution of religious literature. A government committee decides which titles can be imported on a case-by-case basis.

“I’ll take the box of books only if the bus driver agrees to assume responsibility for it,” I said.

A friend and I planned to travel by bus to my home city, where I serve as the pastor of an Adventist church. Bus drivers often agree to carry cargo in exchange for a cash payment.

We arrived at the main bus station in the middle of the week and asked the driver of our bus whether he would take the box of books. He agreed to help us in exchange for U.S.$100.

My friend and I boarded the bus with our own two suitcases and settled in for the long ride.

When we arrived at the border, the bus driver approached me for information about the box so he could know how to speak with the border guards.

“What kinds of books are in the box?” he asked.

The driver pulled the $100 bill from his pocket and handed it back to me.

“It’s easier for me to carry cocaine than Christian books across the border,” he said.

All passengers alighted from the bus. To cross the border, we had to pass a first border post by foot with our belongings, walk about 500 yards (500 meters), and then pass a second border post into my home country.

My friend and I prayed. Opening the box, we took out the books and placed them among the clothes in our two suitcases.

At the first border post, we got into a long line of people to put our bags through a scanner. We knew that the books would be clearly visible on the border guards’ television monitor. If found, the books would be confiscated, and we would be required to pay a heavy fine.

The person ahead of us put his bags on the belt and passed through customs.

We put our suitcases on the belt. The border guard pressed the button to start the scanner. He pushed the button again. His face reddened with anger. He pounded the button furiously and swore.

Then the border guard looked at us. We did not resemble the other people crossing the border, most of whom were traders carting merchandise.

“Fine, go,” the border guard said, motioning for us to pick up our suitcases and haul them through customs.

The guard stopped the person behind us and ordered her to open her bags.

My friend and I walked to the second border guard post and joined the waiting line. We watched the people ahead of us send their bags through the scanner and go through customs. Then we put our suitcases on the belt. The border guard pressed the button. Then again. He began to swear and hit the button. Finally, he turned to us.

After we crossed the border, we looked back. The guard was carefully inspecting the contents of the suitcase of the person behind us in line.

My friend and I gave thanks to God and boarded the bus.

The next Sabbath, a church member approached me after the worship service. She said a voice had awoken her in the middle of the night that past week and said, “Pray for your pastor.”

The woman hadn’t known that I was traveling and thought that I was at home asleep. So she had tried to go back to sleep herself. But the voice had been insistent, saying again, “Pray for your pastor.”

The woman had prayed for an hour.

I asked the woman for more information about when she had prayed. It had been at the exact time that my friend and I had crossed the border.

The experience reminds me of my favorite Bible promise: “Trust in the Lord with all your heart, and lean not on your own understanding; In all your ways acknowledge Him, and He shall direct your paths” (Proverbs 3:5-6, NKJV).

I spoke with my church members about the power of intercessory prayer at our next meeting. The story strengthened the faith of our congregation and of me personally — but especially of the dear church member who was amazed to learn that she had played a key role in bringing the life-saving books about Jesus into our country.

Adventist Mission is not identifying the Adventist pastor by his real name or his home country to prevent possible repercussions to his work.

Finding Jesus in Tajikistan A woman’s path to Christ illustrates the miraculous work of providence in this Central Asian country.

13-Year-Old Student Tells of Sabbath Miracle in Kazakhstan The seventh grader says God blesses those who obey Him.