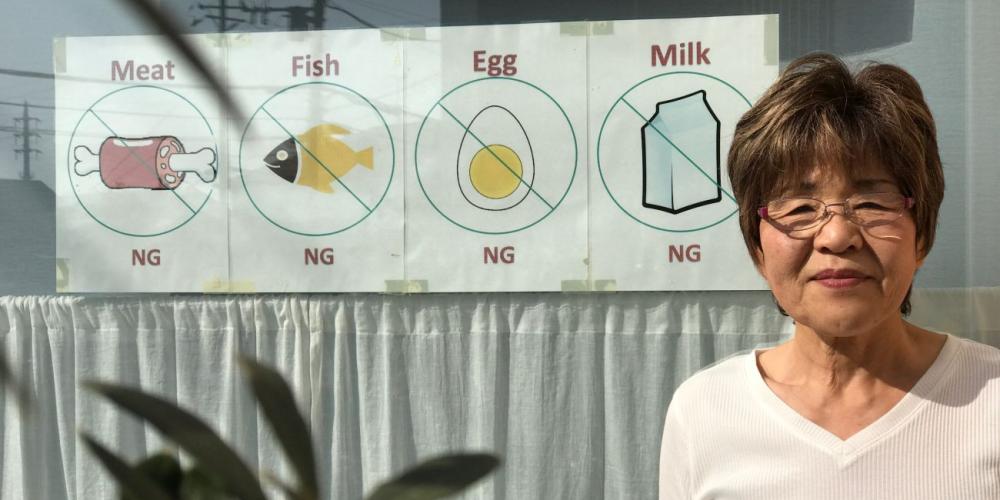 I wanted to open a restaurant where people could become healthier just as I had at an Adventist health resort in Alabama.

By Hasegawa Harue, as told to Andrew McChesney, Adventist Mission


My husband and I flew from our home in Japan to the U.S. state of Alabama to seek treatment for his pancreatic cancer. I was a Seventh-day Adventist, and I had heard that Adventist doctors working at a health resort called Uchee Pines Institute might be able to help. My husband wasn’t a Christian.

As we ate vegan food and exercised, our bodies began to change. I lost a lot of weight. My husband quit smoking. He also began to read the Bible and was baptized at the institute.

My husband died a week after his baptism. He was 56. I was sad, but I also was happy because we had agreed to meet again in heaven.

Returning to Japan, I counted my savings and realized that I had more than enough to live on. I wanted to use my money to spread the gospel in Japan, where only 1 percent of the population in Christian. So, I started praying, “Dear God, what should I do?”

At that moment, I knew what I wanted to open a vegan restaurant where I could help people become healthier and feel better just as I had in Alabama. Maybe I also could win their confidence and point them to Jesus. I decided to name the restaurant Myrtle after the part of the verse in Isaiah that says, “And instead of the brier shall come up the myrtle tree; and it shall be to the Lord for a name.”

That same day, I walked down a street in my hometown just outside Tokyo and saw a plot of land for sale. It was the perfect site and located near three Adventist churches. I bought the vacant lot and paid for the restaurant to be built.

To be honest, I knew nothing about the restaurant business. I have worked for MET international insurance company for 38 years. So, I attended an Adventist vegetarian cooking school to get some ideas and then created my own meals for the restaurant.

A good-sized crowd showed up on the day that the restaurant opened. But it was chaos inside. I still knew nothing about running a restaurant. One of the diners, a former insurance client, knew someone who owned a nearby café and asked her to help me. She helped a lot!

I’m seeing people’s health change just as mine did. One diner has breast cancer, and she asked for information about a healthy lifestyle. I shared some Adventist literature with her. Another diner, a single woman, told me that she was looking for new friends. I invited her to visit my church, and she has come several times.

The main goal of the restaurant is to lead people to Jesus. Ellen White says, “Our restaurants must be in the cities, for otherwise the workers in these restaurants could not reach the people and teach them the principles of right living” (“Selected Messages, Vol. 2,” p. 142).

That’s why I started this restaurant. This is God’s restaurant. God is helping me to run it, and the owner is Jesus.

Hasegawa Harue, the Seventh-day Adventist owner of the Myrtle vegan restaurant, showing a myrtle tree outside her restaurant in a suburb of Tokyo, Japan. She says (in Japanese) that she chose the name after reading Isaiah 55:13. (Andrew McChesney)

‘In the Dream, I Saw 2 Ministers’ What happened when two ministers distributed tracts in Texas.