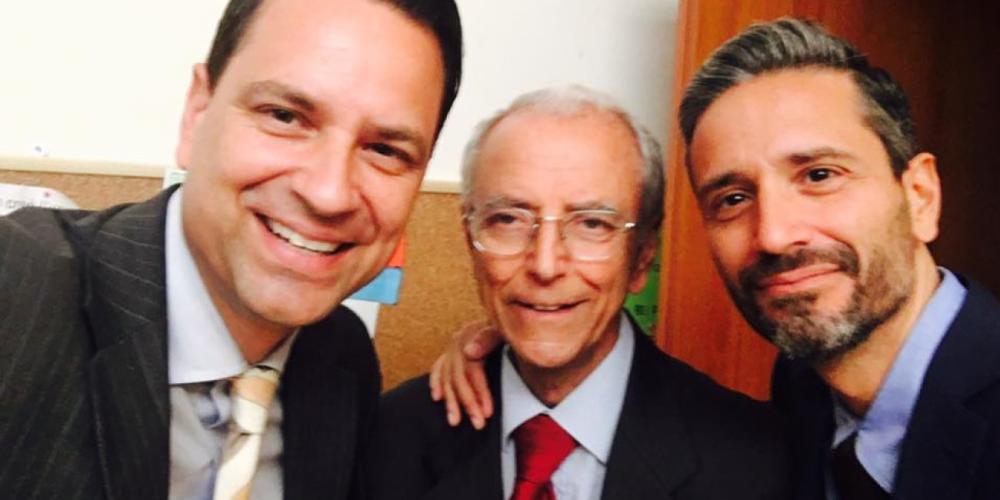 Suddenly, he heard a whisper in his ear. “Look into your shirt pocket,” it said.

Father exploded in rage when 16-year-old Vincenzo Mazza returned home to their village on Italy’s island of Sicily and announced that he had been baptized into the Seventh-day Adventist Church.

Father’s anger grew when the teen declared plans to become a pastor.

“If you go, you’ll get no money from me,” said Father, an impoverished World War II veteran who strictly raised five children following his release from a U.S. prisoner-of-war camp. “If you go, don’t come back.”

Little did they realize that one day Vincenzo would lead the Seventh-day Adventist Church in Italy and study the Bible with the country’s president.

Father’s threats didn’t discourage the boy, who was baptized during an extended stay with an older brother, himself a new Adventist. Vincenzo said good-bye to Father and traveled to the Adventist seminary in Florence.

At Villa Aurora seminary, he quickly learned that he couldn’t enroll without money and no work program was available to pay for tuition.

Disappointed, he walked aimlessly around a small garden on the seminary grounds. He didn’t want to return to Sicily because Father would demand that he denounce his faith to live at home. He prayed desperately. 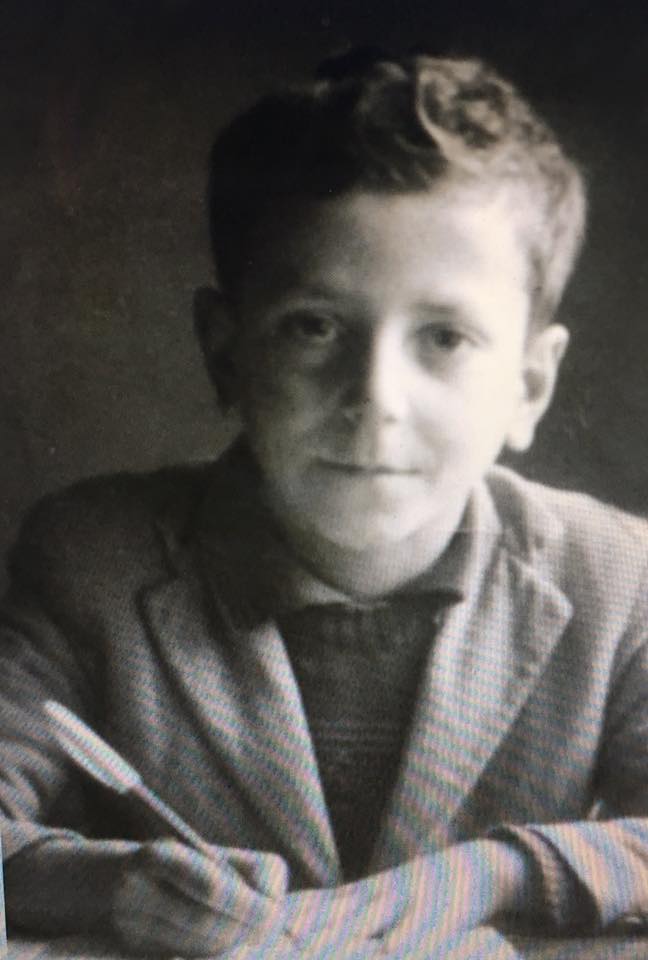 A Whisper in the Ear

Suddenly, he heard a whisper in his ear. “Look into your shirt pocket,” it said.

Vincenzo reached into his pocket and found a piece of paper with the address of a German family whom he had met by chance on his arrival in Florence. The family had invited him to visit them in Karlsruhe, Germany.

He remembered that the Adventist Church had a seminary in Germany, in the city of Darmstadt.

Counting his coins, he realized that he had just enough money to buy a one-way train ticket to Karlsruhe, about 60 miles (100 kilometers) south of Darmstadt.

Vincenzo took the train to Karlsruhe and, staying one night, told the family about his desire to study at the seminary. The family bought him a train ticket to Darmstadt.

The teen arrived with no money, no knowledge of German, and no directions to the seminary. But he wasn’t discouraged, and he walked around for several hours, looking for the seminary. Reaching a small forest, he kept walking and soon found himself lost. The sun was setting, and he was cold. He also was afraid.

He didn’t know what to do, and he began to cry. With tears rolling down his cheeks, he prayed to God for help.

A Voice in the Forest

“Hey, young man!” a voice said, abruptly, causing the boy to jump. “What are you looking for?”

Vincenzo, who hadn’t heard any approaching footsteps, opened his eyes in surprise and saw a small, old man with white hair. Astonishing him even more, the old man was speaking in German but he could understand everything that he said.

“I’m looking for the Adventist seminary,” Vincenzo replied in Italian.

“OK, I’ll tell you how to get there,” said the old man, still speaking in German.

The old man gave detailed directions, and Vincenzo began walking away. After a few steps, he turned around to thank the kind stranger. The old man was gone.

“My father was so happy and moved by the experience,” said his son Andreas Mazza, who has heard the story many times. “When he tells the story, he always says, ‘It was an angel for sure!’”

Vincenzo finally reached the seminary and explained his situation to the teachers. They agreed to give him work to pay for the tuition.

Vincenzo — who first had to learn German and then finish high school — went on to become a lifelong pastor of churches in Germany and Italy. He served as leader of the Adventist Church in Italy from 1995 until his retirement in 2000.

He kept in regular contact with his father over the years. After much time passed, Father begged Vincenzo for forgiveness.

“I have been an authoritarian father,” he said during a visit by Vincenzo, his wife, and two sons to Sicily one summer. “I recognize this, and I am very sad about what I have done to my children.” 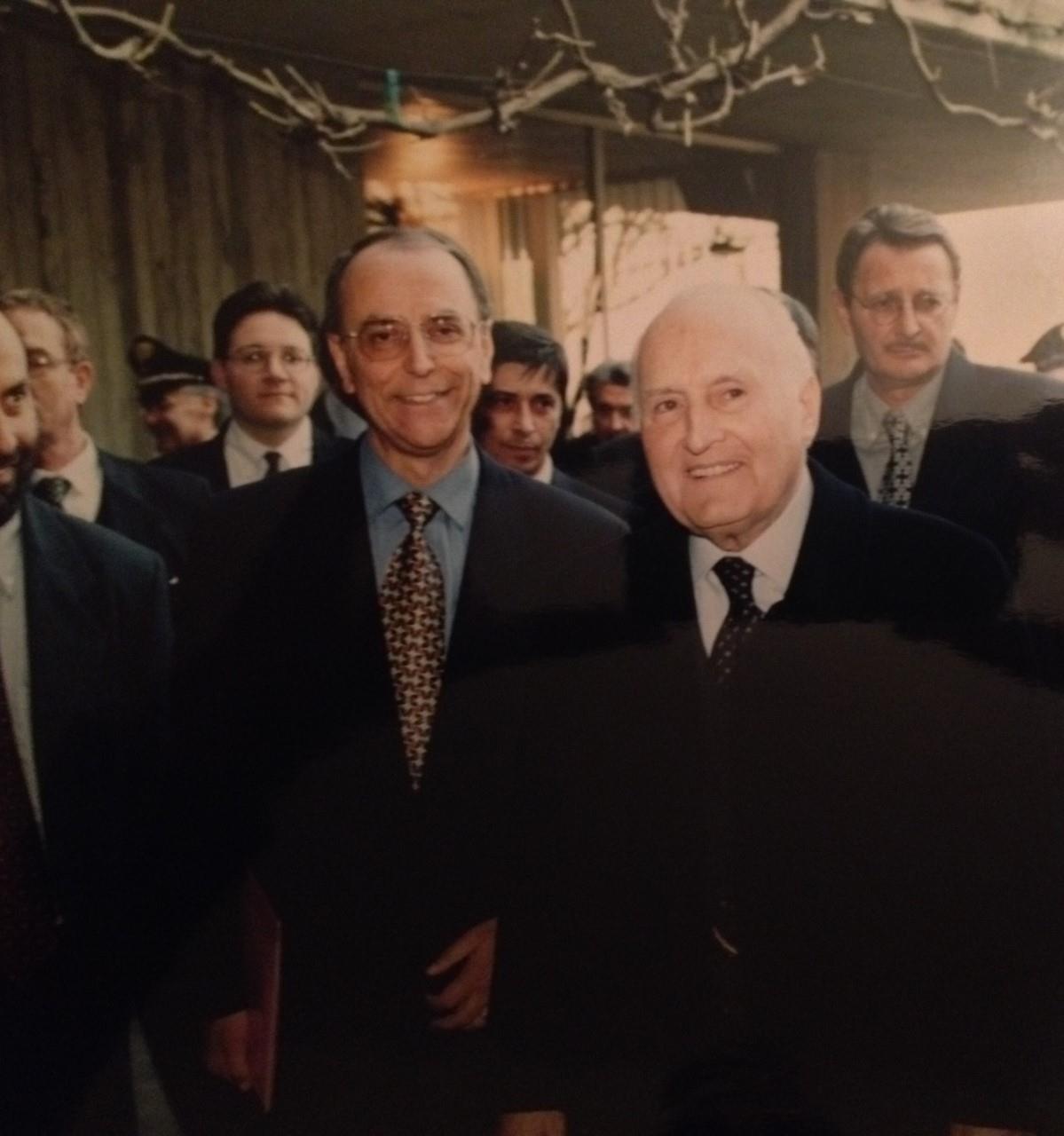 As leader of the Adventist Church in Italy, Vincenzo wrote a letter of gratitude to Italian President Oscar Luigi Scalfaro for public remarks that the president had made in support of the country’s Protestants.

A few days after mailing the letter in 1997, Vincenzo was interrupted by his secretary during a committee meeting at the church’s headquarters in Rome.

“Pastor Mazza, the president of the republic is on the phone!” she exclaimed, bursting into the room. “He wants to talk with you!”

During the call, President Scalfaro thanked Vincenzo for his letter and invited him to visit the presidential palace.

“After the first visit, they became good friends,” Andreas said. “President Scalfaro invited him several times and always said, ‘Pastor Mazza, please read the Bible with me. Please pray with me.’”

A highlight of the friendship came when the president accepted an invitation from Vincenzo to attend the opening of an Adventist retirement home in Forle in 1998. The president’s presence transformed the low-key event into national news. The city’s mayor and other politicians showed up. Television and newspaper journalists reported about the Seventh-day Adventist Church.

People across Italy who had never heard about the Adventist Church were introduced to the church and the seventh-day Sabbath that day.

Today, Vincenzo is 70 and has advanced Parkinson’s disease. But he remains a pastor at heart, and he posts short sermons on his Facebook page with help from Andreas, 42, assistant communication director for the Adventist Church’s Inter-European Division, whose territory includes Italy.

Andreas expressed gratitude to God for his father’s faithfulness as a 16-year-old boy.

“His story is an inspiration to me,” he said. “It’s about faith, courage, and love for God and mission. God has always been my father’s top priority.”

A Man that Nearly Killed his Family Brother Joseph lived the kind of live no one lives. He squandered his money on drugs, beat his wife and kids. But God kept him from killing himself and his family. Watch online: m360.tv/i18062