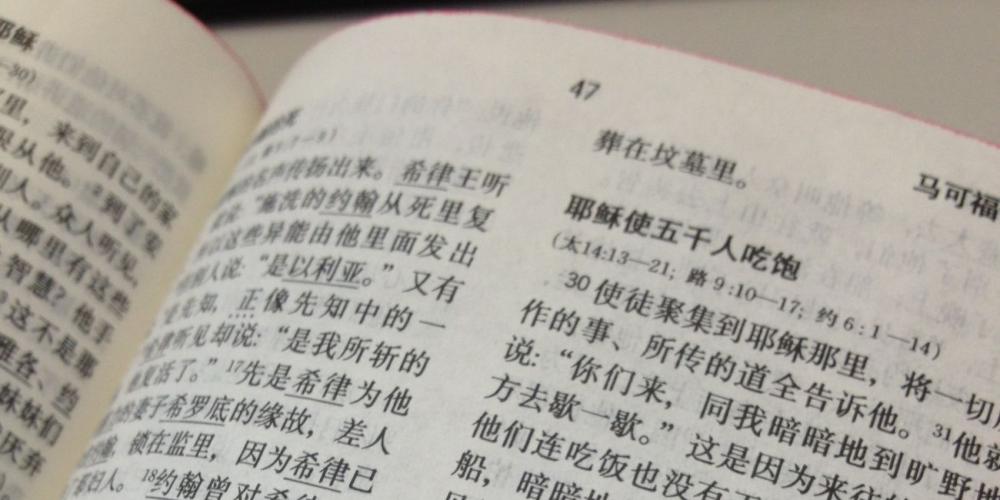 ​How a Woman Planted a 1,000-Member Church in China

I was looking for love, and I found love in “The Desire of Ages.”

By Huan, as told to Andrew McChesney, adventistmission.org


My father died when I was 10, so I was raised by an atheist ideology and received an atheist education. I was taught to be truthful, honest, and to love others. I embraced atheism’s ideology of fairness and justice.

My initial impression of religion was not favorable. I believed that religious leaders used religious ideology to oppress people and that believers were simple-minded and superstitious. I thought, “I am a communist and an atheist. There’s no way that I will ever accept religion from those foolish people.” I was living in an ideal world and was happy.

But after graduating from the university in 1965, I witnessed people being persecuted. I couldn’t understand how we could treat people that way. I felt deceived by my education and stopped believing in the atheist ideology.

I sought fulfillment in a career. By 1988, my husband and I had opened two factories and were millionaires. We lacked nothing, but an emptiness remained inside me. I couldn’t understand what happens when people die. Christians have eternal life, and Buddhists have another life, but atheists have nothing. This question troubled me so much that I took up jogging to relax.

Around that time, my husband began to physically abuse me, and then he disappeared. I learned six months later that he was living with someone else and wanted a divorce.

This was a low point in my life. My atheist ideology and money had failed me. The only thing left was my family, and my husband had divorced me. A friend noticed my sadness and introduced me to a Sunday church pastor.

“Why don’t you try Jesus?” the pastor said. “When you believe in Jesus, He will give you happiness and peace.”

The pastor bought me a Bible and told me to memorize Psalms 139:23-24, which says, “Search me, O God, and know my heart; try me, and know my anxieties; and see if there is any wicked way in me, and lead me in the way everlasting” (NKJV).

I began to go to the pastor’s church of 1,000 members regularly and debated the Bible with him. But the pastor couldn’t answer the question, “What does Jesus have to do with me?” Jesus seemed far away.

One day after church, I felt that Jesus was so close that He knew my innermost thoughts and still wanted to rescue me. I told the pastor about my experience, and he said I should confess my sins. That night at midnight, I knelt on my apartment’s balcony to pray, and I immediately started to cry. Weeping, I asked God, “Why did you find me only now? I had to go through so many troubles. Why didn’t you find me earlier?” I confessed my sins.

Back at the church, I met another pastor, who gave me a copy of “The Desire of Ages” by Seventh-day Adventist Church cofounder Ellen G. White. The first chapter, which describes Jesus’ love, impressed me immediately. I thought, “I have never experienced love like this.”

Not long after that, the pastor told me that the true day of worship is the seventh day.

“Are you saying that all Christians are wrong?” I asked.

I wanted evidence, so I went to the encyclopedia. It said Sabbath is Saturday, and I decided to become a Seventh-day Adventist.

I began to worship on my own every Sabbath, becoming the first Adventist in my Chinese province. But I didn’t have to worship alone for long. I read a little booklet called, “Defender of the Truth,” which is about the Sabbath and made by Chinese Adventists for Chinese people. Painstakingly, I made five copies of the booklet by hand and gave them to my church’s pastors.

Two weeks later, the senior pastor came to me and said, “Sister, we believe that the Sabbath is the truth.”

The whole church — all 1,000 members — converted to the Sabbath truth! That became the first church that I planted in China. Several months later, I was baptized at the church.

Huan, 75, has planted dozens of Seventh-day Adventist churches in China over the past 30 years. Adventist Mission is not identifying Huan by her real name or disclosing her location to protect her work. Huan is a woman’s name meaning “happiness” in Chinese. Part of the Thirteenth Sabbath Offering in third quarter 2018 will help open a holistic inner-city church plant in China. Thank you for your mission offerings.

September 23 - Flashback: The Biker Let's look back at an archived story from Cambodia! Join a Global Mission pioneer as he uses a motorbike to reach surrounding villages.

Woman Who Opened 400 Churches in China “It takes only one person who is faithful and surrendered,” says Huan, 75.