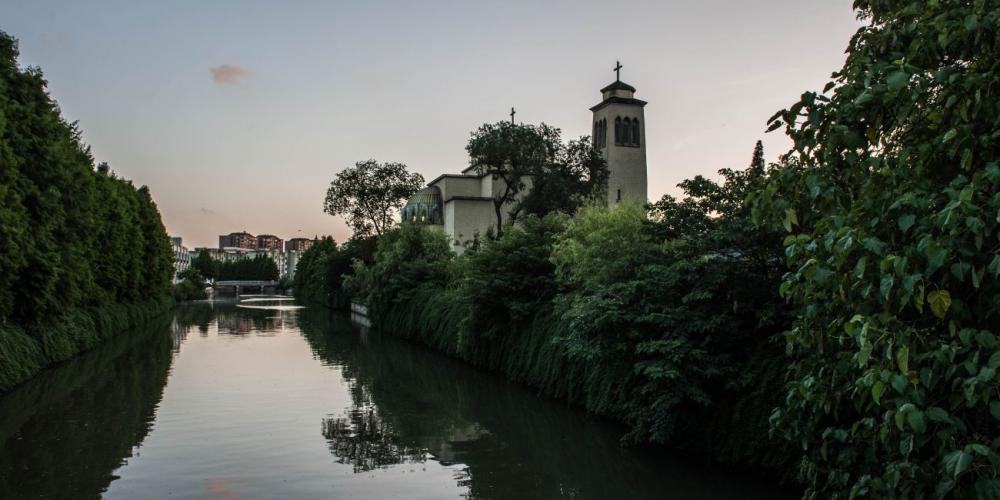 Woman Who Opened 400 Churches in China

“It takes only one person who is faithful and surrendered,” says Huan, 75.

Editor’s note: In this column, we ask Seventh-day Adventists around the world how they pray, read the Bible, and witness — the three ingredients to a dynamic Christian life.

She should know. She’s planted about 400.

Huan said the key to planting a church is the condition of the person’s heart.

“It takes only one person who is faithful, surrendered to Jesus, and willing to consecrate his or her house and time,” she said in an interview. “The person does not need formal theological training. The person only needs to know the story of Jesus.”

Huan planted her first Seventh-day Adventist church by sharing a Sabbath tract with the pastors of a Sunday church in 1988. The church of 1,000 members became Adventist. (Read the story)

She recalled a special church that she planted in 1995 with three people who had no more than an eighth-grade education.

“I discipled them, taught them the Fundamental Beliefs, and gave them Ellen White books to read,” she said. “The first year, they baptized 14. The church started to grow and now it has 400 members.”

Huan, who serves as a pastor, has lost count of how many churches she has opened over the past 30 years. But her son, who also is a pastor, estimated that the figure stands at about 400.

Huan, 75, sat down with Adventist Mission to discuss the connection between church planting and prayer, daily devotions, and sharing Jesus with others.

A: Whenever anything happens, my instinct is to pray. Once I was carrying a heavy load on my bicycle, and the bicycle began to shake. I cried out, “Lord, help me!”

I pray when I wake up in the morning. I thank God for life because it is by the grace of God that I wake up at all. I’m very grateful that I have lived more than 70 years, which is older than both of my parents’ ages put together.

I ask God to give me the Holy Spirit, and I pray to surrender. I ask God to help me nail self to the cross and to help me carry my cross for the day. I pray that God will help me to live for Him.

A prayer that I pray throughout the day is, “Lord, have mercy on me.” Whenever I pray this, I find mercy.

Once we planted a new church but didn’t have enough money for electricity and water. We needed 8,000 yuan (U.S.$1,150) a month, and the offering only brought in 5,000 yuan. My first reaction was to use my own income to cover the difference of 3,000 yuan. But if I did that, then I wouldn’t have money for food. So, I prayed, “Lord, you brought us to this new church, so you have to help with the expenses.”

Two days later, a woman from another city sent 5,000 yuan — more than an enough to pay the bills. Ever since then, we always have been able to cover the expenses of this church.

Q: How do you read the Bible?


I like to connect Bible texts and read a concept as a whole. For example, Jesus told his disciples in Matthew 16:24, “If anyone desires to come after Me, let him deny himself, and take up his cross, and follow Me” (NKJV).

Many Christians think that taking up the cross refers to penance. But the Holy Spirit led me to Galatians 2:20, which says, “I have been crucified with Christ; it is no longer I who live, but Christ lives in me.”

Why do we carry the cross? This verse tells me the meaning of carrying the cross. It means we need to be crucified with Christ and allow Him to live in us.

Then I turned to Romans 6:6, which says, “Our old man was crucified with Him, that the body of sin might be done away with, that we should no longer be slaves of sin.” We have to nail our sins on the cross. To live in Christ, we need to live a new life in Christ.

The story of Nicodemus in John 3 illustrates the born-again experience. But Jesus asked his disciples to carry their own cross. Paul tells us in Philippians 3:7-11 that he counts “all things loss for the excellence of the knowledge of Jesus.” I need to be crucified with Christ and to live again in Christ. This is what it means to be born again.

John the Baptist said in John 3:30, “He must increase, but I must decrease.” We need to allow Jesus to increase, and we need to decrease our passions and desires. That’s carrying the cross and living again in Christ.

I like to connect Bible texts and read the concept as a whole.

I read the Bible together with Ellen White’s writings. I have found that the best commentary on the book of John is “The Desire of Ages.”

We have a rich resource in Ellen White’s writings. We just need to read them. I often quote Ellen White in my sermons because it is better for people to hear her words than to hear my preaching.

Q: How do you witness?

When a cousin told me that she wanted to get a divorce, I said, “You need to believe in Jesus.” I shared Jesus with her for the next 10 days. After that, she changed her mind about leaving her husband and became a Christian.

I shared the gospel with an uncle, a government leader. He said, “How did someone as smart as you become a Christian? There must be something good in becoming a Christian.” So, he became a Christian.

I told another relative about the blessing of being a Christian for several years. She and her family are now Christians.

My brother-in-law was very hesitant about being baptized. I shared Jesus with him and asked him to repent his sins to God. He just sat there and listened. But when the Holy Spirit touched his heart, he readily asked to be baptized.

One day, I learned that a former classmate had been hospitalized for the past month and had just been transferred to my city. When I went to visit him, I saw that one of his friends had tied red strings to his legs.

“Why do you have these strings on you?” I asked.

He replied, “A friend came and blessed me with this red string.”


“You’re an educated man,” I said. “How can you be so superstitious?”


My former classmate explained that the non-Christian friend had received the red string from a fortuneteller and had learned that his illness was the result of his refusal to marry several women in a previous life.

I asked for the red string and threw it away. Then I prayed with my friend and asked him to believe in Jesus.

The pain went away, but the doctor still insisted on performing the operation. My friend agreed to undergo surgery if I prayed in the hallway near the operating room.

The surgery and my friend’s recovery were a huge success. He credited my prayers for the miracle. He hasn’t been baptized, but he believes in God. I do need to speak with his wife every so often because she remains suspicious that he might be seeing other women because of what the fortuneteller said.

I also share Jesus with a group of my former classmates. We get together nearly every week to talk, and I tell them, “Career-wise, I’m a failure. In marriage, I’m a failure. That’s why God called me to be a Christian.”

Then my classmate, the man who was in the hospital, stands up and announces to the rest of the group, “This woman saved my marriage and my life.”

If you ask me how I share my faith, it is kind of difficult to say. That’s how I do it.

Adventist Mission is not identifying Huan by her real name or disclosing her location to protect her work. Huan is a woman’s name meaning “happiness” in Chinese. Part of the Thirteenth Sabbath Offering in third quarter 2018 will help open a holistic inner-city church plant in China. Thank you for your mission offerings.

Nikolai Zhukalyuk, 84, former president of the Adventist Church in Ukraine

​How a Woman Planted a 1,000-Member Church in China I was looking for love, and I found love in “The Desire of Ages.”

Girl Who Punched Other Girls Every time a classmate didn’t do what I asked, I would punch or slap her.