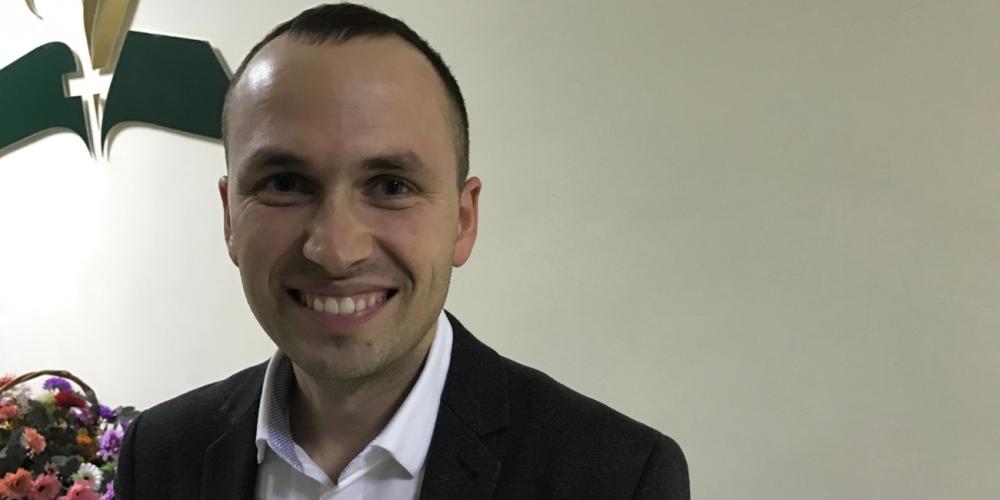 From Teenage Rocker to Adventist Doctor

How I found Jesus in the former Soviet republic of Moldova.

By Vyacheslav Koshkodan, as told to Andrew McChesney, Adventist Mission

At the age of 16, I was a rocker who listened to Nirvana and Metallica, had long hair, and wore torn clothing. I spent my nights at a dancehall, drinking alcohol and smoking marijuana in my small hometown in the former Soviet republic of Moldova.

Then a Seventh-day Adventist church member took an interest in me. He didn’t condemn me for drinking or smoking. Instead he spoke about his love for Jesus and often asked me, “Have you read the Bible?”

After a while, I began to wonder why this guy wanted to be my friend. And why did he want me to read the Bible? One evening I took a Bible with me to the dancehall. I opened it and began to read amid the loud noise and thick cigarette smoke. The Bible was like a fairy tale to me, and I didn’t take it seriously. But I kept reading it — night after night at the dancehall. Something strange happened. My life began to change. Things that I once liked were no longer exciting to me. I wondered what was going on.

I remember looking around the dance floor one night and seeing the other people going crazy. The thought popped into my mind, “What are you doing here?” I understood that I didn’t belong in the dancehall. I went home and never returned.

At home, I continued reading the Bible. I asked the church member many questions. I began to keep the Sabbath.

One day I announced to my father that I would no longer eat pork. My father, who drank heavily and didn’t believe in God, couldn’t believe his ears. “How is that possible?” he said.

I told him, “It says in the Bible not to eat pork, so I won’t anymore.”

Today I am a vegetarian.

The first time I went to church, I laughed when I saw the piano. “You guys don’t know anything about music,” I said. “Real music involves guitars and drums.”

But before long I began to realize that real music is worship, such as what’s found in the Psalms, now my favorite book of the Bible.

I moved to Moldova’s capital, Chișinău, and enrolled in the university to study medicine. I had prayed and felt that God wanted me to become a doctor. We had classes six days a week, Monday through Saturday, but I told the dean that I could not study on Saturday. He replied that I should change my major.

At home, I fell on my knees and prayed, “God, if You want me to become a doctor, help me at school. But I am not going to study on Sabbath.” As I prayed, the idea came to me to speak directly to the teacher who taught the classes that met on Sabbath. I told him about my beliefs, and he gave permission to make up my schoolwork on another day.

But the most important exams and other schoolwork always seemed to be scheduled for Saturdays. I told my teachers, “I will not go.” My classmates laughed at me, saying, “Don’t you want to become a doctor?” It was difficult, but my determination to obey God’s law allowed me to share my faith. Everyone at the medical school knew that I was a Sabbath-keeper.

When I graduated after six years of studies, my classmates looked at me with respect. They said, “You came to classes only five days a week while we came six days a week. But you have better marks. How is that possible?”

I told them, “I am learning from God; and He is my teacher.” But really, God is more than my teacher. He has made me into a new person. Today, I am 33 years old and the father of three children. In addition to being a medical doctor, I am a pastor and the health director for the Seventh-day Adventist Church in Moldova.

Once I attended a church-organized public meeting, and a woman asked for medical help for her young daughter. An acquaintance from the old days saw me in my white doctor’s coat, examining the girl. He blurted out in horror, “How is that possible?” But when he heard me diagnose her illness and provide medical advice, he realized that I had become a new person.

Anything is possible with Jesus. If Jesus could change me, He can change the heart of anyone. The most important thing is to have faith and to abide in Him.

Part of the Thirteenth Sabbath Offering in fourth quarter 2017 will help turn a Soviet-era health resort into a Pathfinder camp and conference center in Moldova.

How to Welcome a New Pastor (and Guests) A guide for making your church more warm and welcoming.