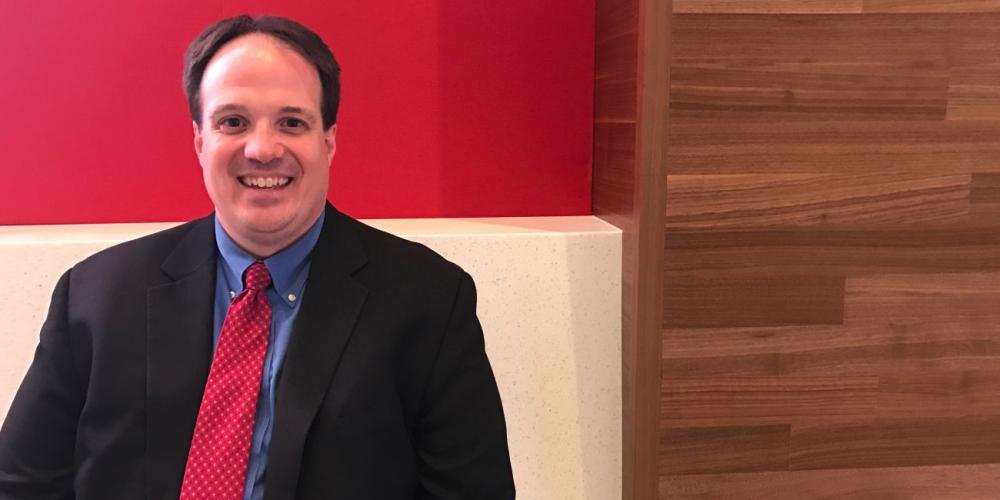 By Christopher Holland, as told to Andrew McChesney


I stopped going to the Roman Catholic Church when I was 16. The primary reason was my parents, who taught marriage enrichment classes at the church, were going through a divorce. The priest, who had eaten at our house many times, never visited when my parents parted ways.

I decided that if this was what God and His church were all about, then this wasn’t for me.

Four years passed. I moved from the Chicago area to northern Indiana, where I worked the late shift at a gas station. It was there that I met my future wife, Debbie, who worked up the street at a nursing home.

Debbie and I talked whenever she bought gas. She understood my interest in spiritual matters. My questions reawakened her own interest in her Seventh-day Adventist upbringing.

One night we visited the Pioneer Memorial Church at nearby Andrews University. We had heard that something interesting was happening, and we walked in on the NET 95 satellite evangelistic series led by Mark Finley.

After the meetings ended, I began to study the Bible. I nearly joined another Protestant church but Debbie stopped me with a Bible study on the secret rapture.

Debbie asked me whether I sincerely believed that Christians would be quietly whisked away to heaven. When I shrugged, she gave me a powerful Bible study about how every eye will see Jesus at His Second Coming. It was a Holy Spirit moment.

I was baptized in September 1995, and Debbie was rebaptized a month later. We were married the next spring.

I began to sense a real burden to share the gospel. But how?

The answer came when Andrews University hired me to run the Gazebo restaurant on campus. A perk of the job was a free class every semester. I signed up for a religion class and became convicted that God was calling me to be a minister.

Today I am broadcast across Canada as director and speaker for It Is Written, Canada. If you had told me my future when I was 17, I would have blown the froth off my beer and laughed. God leads in an amazing way.

February 18 - The Trash Transformation Rony has a passion to help people. Find out how he is using his passion, far from his home in Brazil, to change lives in Egypt!