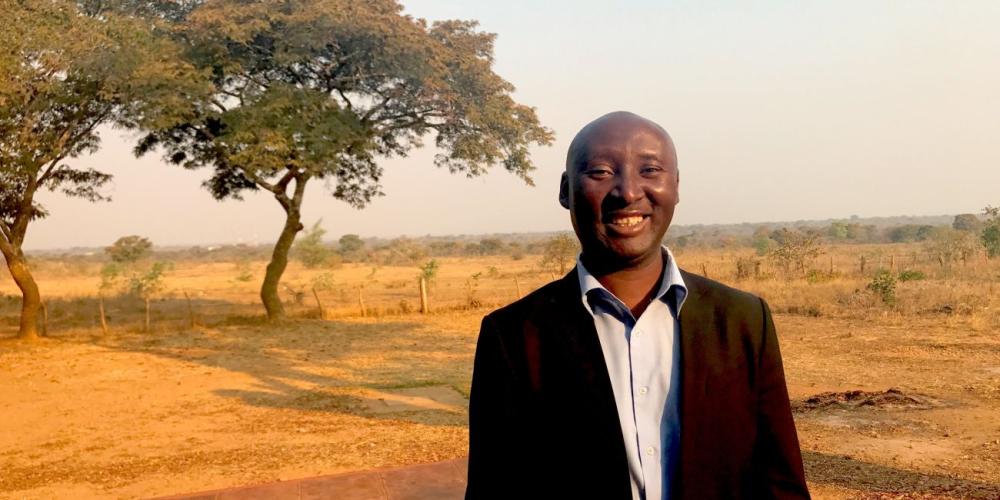 Choomba Similla had no way to pay his bill, but then a stranger asked for his car.

Choomba Simillah was being expelled from the University of Zambia.

Choomba was studying for a bachelor’s degree at the public university while teaching at Rusangu Secondary School, a Seventh-day Adventist boarding academy in Zambia. But a university teacher had refused to give him a passing grade, and another teacher had failed him when he repeated the course.

As a result, he was informed that he would be expelled.

Choomba couldn’t understand why he was being failed, and he rushed to the teacher for an explanation. The teacher said he hadn’t turned in a key homework assignment.

Choomba, however, remembered doing the assignment, and he found it, complete with the teacher’s marks, at home.

Returning to the university, he handed the assignment to the teacher.

“I’ll look at it later,” the teacher replied. “You might have marked it on your own.”

The teacher’s response might have sounded harsh. But he had no urgency to look at the assignment until Choomba settled his tuition bill. Choomba owed 9,000 Zambian kwacha (about U.S.$900), and he had no idea where to obtain the money.

But he wasn’t going to give up. Choomba approached various people to ask to borrow the money. He looked for a way to sell his car, a maroon Toyota Voltz. He prayed to God to intervene.

Then he went to a bank in Monze, the nearest town to Rusangu Secondary School, to apply for a loan. He learned, however, that the bank had stopped offering loans.

As he dejectedly left the bank, a friend called out on the street, “Can I hire your car for 21 days?”

“There is a white man who has a daughter coming here for the holidays,” the friend said. “He wants to travel. He asked me to look for a sound car, and I think yours will do.”

“That sounds like an opportunity,” Choomba said. “What should I do?”


“Just take your car to the car wash,” the friend said.

Choomba gave his car a good wash and met with the white man, who was spending several months with a friend on a farm in Monze. He said he wanted to take his adult daughter on a tour of Zambia and offered 12,000 kwacha to borrow the car for 21 days. The amount was enough to buy a second-hand car.

“I couldn’t believe it,” Choomba said in an interview.

The man asked to take the car the following day, a Saturday. Although Choomba needed the money, he refused, not wanting to engage in a business transaction on the Sabbath.

“No, we can meet on Sunday,” he said, praying silently that the man wouldn’t change his mind.

The man agreed to pick up the car on Sunday and handed over 11,000 kwacha on the spot.

Choomba promptly returned tithe and went to the university to pay off his bill. He never was expelled and went on to graduate in 2016.

Now more than ever, he believes in the power of prayer.

“Be patient and trust in God,” said Choomba, 37. “You might struggle to do this or that, but He knows what you want. His appointed time always comes.”

Rusangu Secondary School is located on land where U.S. missionary William Harrison Anderson established the first Adventist outpost in Northern Rhodesia (now Zambia) in 1905. Mission offerings supported Anderson’s work and continue to fund the spread of the gospel through missionaries today. Thank you for your mission offering.

Former U.S. Military Pilot Flies for God in Philippines Keeping the Sabbath got Dwayne Harris an honorable discharge from the army.

​Mongolian Girl Prays to Reunite With Best Friend in Brazil Urna prayed for four years — and then God answered!