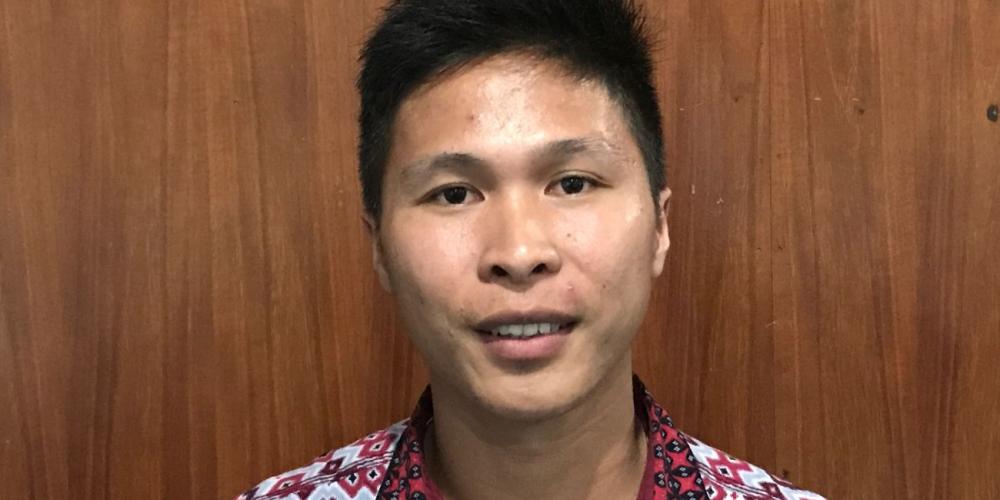 He told the missionaries in Indonesia that he would go to church if God healed him.

The village chief was terribly ill.

His worried family sent him from their mountain village of Oknonka to the hospital in Jayapura, capital of the Indonesian province of Papua. But the doctors said there was nothing that they could do and sent him back home.

The villagers blamed the illness on evil spirits. They said the only thing they could do was offer the village chief to the evil spirits and allow him to die.

On his way home, the village chief stopped to rest in the village of Tinibil on a Friday afternoon in 2016. Two student missionaries were fulfilling a year of mission service at the village.

After church service on Sabbath, the missionaries visited the ill village chief and pleaded with his family not to condemn him to the will of evil spirits.

“Our bodies belong to God,” said Ceren Wuysan, a 26-year-old missionary with the 1000 Missionary Movement organization. “If you want to be healed, trust in God and He can heal you. Surrender this to God and not to the evil spirits.”

It took some time to convince the family, but finally they agreed to allow the missionaries to pray. After the prayer, the village chief felt strength return to his body, and he sat up and started speaking normally.

“He began to confess his wrongdoings,” Ceren said. “It was like he was sitting in front of a priest. He seemed to tell every sin that he had ever committed. We just let him talk.”

While the village chief spoke, he held tightly to Ceren’s hand. After he finished, Ceren said, “If this was a confession to the Lord, then I believe you will be forgiven.”

The missionaries said good-bye and promised to return.

The next day, Ceren told the village chief and his family, “Just trust in the Lord and not in evil spirits.” Again, the missionaries prayed. Afterward, the village chief took a piece of sugar cane and easily peeled off the bark. He had the strength of a healthy person.

“I am so thankful for your prayers,” the village chief said. “If I get well, my family and I will join your church.”

The next day the missionaries returned to pray again. They saw that the chief was even healthier.

Within a week, he was back to his normal self.

The missionaries thanked God for the miracle.

Before the chief left for his village, a one-day walk away, the missionaries reminded him of his promise to join the church. The chief promised to return to worship with them the next Sabbath.

A week passed, and Sabbath arrived. The missionaries waited for the chief, but he never showed up.

Four days later, on Wednesday, the chief suddenly died. Villagers said he was healthy until the last moment.

The death convicted many people that the missionaries were teaching the biblical truth, and dozens began to attend church.

“If you make a promise to those missionaries, you have to keep it,” the villagers told one another. “They aren’t normal people.”

The incident reminded the missionaries of Matthew 5:33, where Jesus said, “Again you have heard that it was said to those of old, ‘You shall not swear falsely, but shall perform your oaths to the Lord’” (NKJV).

Ceren, now 27 and a theology student at Universitas Klabat in Indonesia, said the experience gave him more courage to share Jesus in a place where he had initially struggled to make inroads.

“Many people were convinced about the truth that we were sharing,” he said.

December 30 - Extra Extra Lidiya learned about the Adventist Church through a newspaper! Join us as we see how God's love filled a void in her life.

Daughter’s Contact With Solusi and Ellen White Transforms Home Hazel Moyo always longed for a happy home in Zimbabwe. Then she went to the Adventist university.