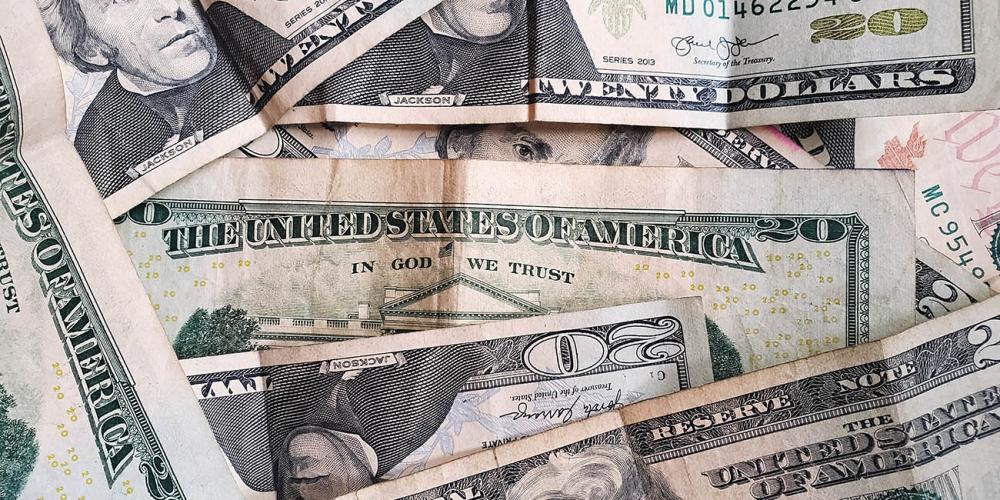 In 1922, the Seventh-day Adventist Church established the Annual Sacrifice Offering in a last-ditch effort to avoid calling missionaries home because of a lack of funds.

In 2021, the world church found itself in a similar quandary as offerings dwindled amid lower church attendance and economic instability during the COVID-19 pandemic.

When it came time to collect Global Mission’s Annual Sacrifice Offering, a congregation in the U.S. state of North Carolina stepped up to the plate and sharply increased their giving by nearly 80 percent. The mission offering of $37,685 set an all-time local record and amazed the pastor.

“We were still experiencing a much smaller-than-usual number of people attending church, but we were happily surprised,” said David Wright, head pastor of the 700-member Hendersonville Seventh-day Adventist Church in Hendersonville, North Carolina. “This time, we set a new record of $37,685. Wow! Praise the Lord!”

The 2021 offering, collected in most parts of the world on the second Sabbath of November, challenged church membersto sacrifice a pizza, a new pair of shoes, or an issue of a favorite magazine for mission. The funds support Global Mission, the front-line mission arm of the Adventist Church, which aims to plant new groups of believers among unreached people groups, particularly in cities and countries in the so-called geographic 10/40 Window. Among the world’s population of nearly 8 billion, about 7,000 people groups numbering 3 billion people have not heard the gospel.

A tally for Global Mission’s 2021 Annual Sacrifice Offering is not yet available, but church members sacrificially gave $4.75 million in 2019, the last year for which figures have been released, said Jeff Scoggins, planning director for Adventist Mission, who maps and identifies unreached areas to send Global Mission pioneers and other missionaries.

It also was not immediately clear if other congregations contributed significantly more to the offering in 2021. But Gary Krause, director of Adventist Mission, said Adventists in Germany tend to give the most, per capita, to the offering.

“I think it has become part of the church’s DNA in Germany,” Krause said.

He remembered as a child seeing his own parents, Australian missionaries to Fiji, giving a week’s salary to the Annual Sacrifice Offering.

Ted N.C. Wilson, leader of the Seventh-day Adventist world church, noted that a sacrificial spirit has permeated the church since its origins and urged church members to continue to give faithfully.

“We are told that God's Advent movement was started in sacrifice and it will end in sacrifice,” he said. “What a privilege for each of us to sacrificially share what God has given to us, as have the Hendersonville Seventh-day Adventist Church members, for the good of His church in proclaiming the three angels' messages with Holy Spirit power.”

He added: “Jesus, the One who really sacrificed all, is coming soon, and we need to lean on Him for our every need and ask that He use our sharing during the Annual Sacrifice Offering and our weekly and monthly offerings to reach every corner of this globe so we can soon see Jesus in the clouds of glory and go home to be with Him!”

At the Hendersonville church, the Annual Sacrifice Offering typically totaled about $1,400 a year until a church member invited the church’s two pastors to her home to discuss the history of the offering and its role in spreading the gospel.

“Back in 2016, one of our members invited us to her home to talk about something that was weighing heavy on her heart,” Wright said.

The church member described how the Annual Sacrifice Offering was established at a time when missionaries would have to return home without proper funding in 1922, how people gave sacrificially to keep that from happening, and how the offering still supports front-line workers taking the three angels’ messages to unreached people groups.

“We, as a pastoral team, took on the challenge and, from the conversation, I preached a nine-part series on sacrifice leading up to the offering that first year,” Wright said. “We organized some small groups within our 700-member church to go through the week of prayer leading up to the Annual Sacrifice Offering.”

“It is true this will bring much-needed light into dark areas of the 10/40 Window,” he said. “But consider the blessing that is ours as a church family. I have to believe the blessing is greater to us because Jesus Himself said, ‘It is more blessed to give than to receive.’”

Krause, at Adventist Mission, said he believed that Hendersonville members would be especially blessed for their self-sacrificial spirit, noting that Adventist Church co-founder Ellen White called such a blessing the “reflex influence.”

“I know the Hendersonville church will enjoy the reflex action that Ellen White wrote about,” Krause said.

White resolutely believed in the “reflex influence,” in which church members’ generosity toward foreign fields promotes success in their home field, and this idea served as a reoccurring theme in her writings in the last two decades of her life. For example, when some church leaders questioned the wisdom of sending funds to other countries rather than concentrating resources at home in 1900, White declared, “The prosperity of the home work depends largely … upon the reflex influence of the … work done in countries afar off” (Testimonies to the Church, vol. 6, page 27).

Interestingly, the Adventist Church’s top statistician has examined and statistically verified White’s conviction. David Trim, director of the church’s Office of Archives, Statistics, and Research, said in a 2019 report that months of research by his team, together with support from statisticians at Berrien Springs, Michigan-based Andrews University, yielded data that supported the connection between liberality in foreign mission offerings and the prosperity of outreach work at home.

Offerings Making a Difference in Timor-Leste The Timor Adventist International School provides for the children an opportunity for the future and for the future development of their country. Let's see how your contribution to the 13th Sabbath Offering makes a difference here!

The Property Mafia Property mafia tried to take away the sight of a Global Mission pioneer's church plant, Adventists cycle for health in Puerto Rico, and a school for native people in Alberta, Canada.