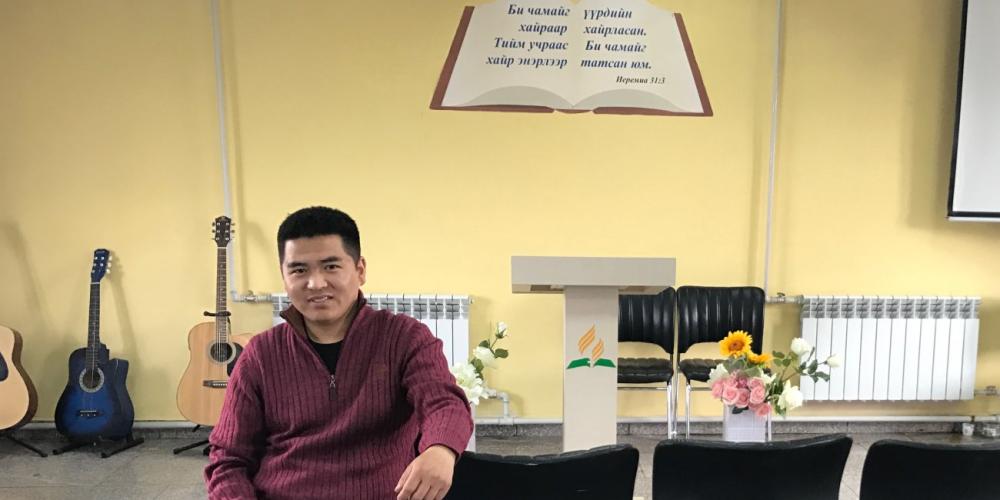 Batzul Ganbold wondered who named the animals, why people smoke, and what happens after death?


As a boy growing up in Mongolia, Batzul Ganbold was mystified by three questions: Who named the animals? Why do people smoke? And what happens after death?

On the street, he saw billboards warning against smoking, and he asked his father why people still lit up cigarettes if they knew it was dangerous.

“My father just smiled and couldn’t answer,” he said.

His thoughts turned to death at the age of 16 when his father died of kidney failure. He wondered whether it is painful to die, whether everyone would forget him, and what would happen next.

His life changed drastically after his father’s death. He found a job at an outdoor market to help feed his mother and three younger siblings. He started smoking and drinking.

One day, his older sister called from South Korea, where she had moved, and suggested that Batzul go to church. The sister had started attending a church in South Korea, and she recommended “the U-B church.” Mongolians commonly refer to Mongolia’s capital, Ulaanbaatar, as “U-B.”

Batzul, who was 19, had never considered Christianity but he called the phone operator to learn the address of the U-B church. She gave him an address, and he attended church services.

His sister queried several months later whether he had found the church and expressed surprise when Batzul said he was attending regularly.

“Do you have time to go to church on Sundays?” she asked.

His sister was shocked. “What kind of church are you attending?” she said. “This is not the church that I recommended.”

Batzul explained that he was going to a Seventh-day Adventist church. When he had called the phone operator, he had not realized that three local churches had “U-B” in their names, and he had taken the first address of the first church mentioned by the operator.

His sister told him that he was worshipping at the wrong church. When he asked why, she said, “Because I said so.”

Batzul wasn’t convinced by that answer, and he decided to approach clergy at various churches to find the truth. A priest ejected him from one church, saying, “What are you doing here? Get out!” Another denomination’s church was closed when he stopped by. The pastor at a third church spent an hour talking about himself and his family instead of explaining why some people go to church on Sunday and others on Saturday.

“The only church that gave me answers from the Bible was the Adventist Church,” Batzul said. 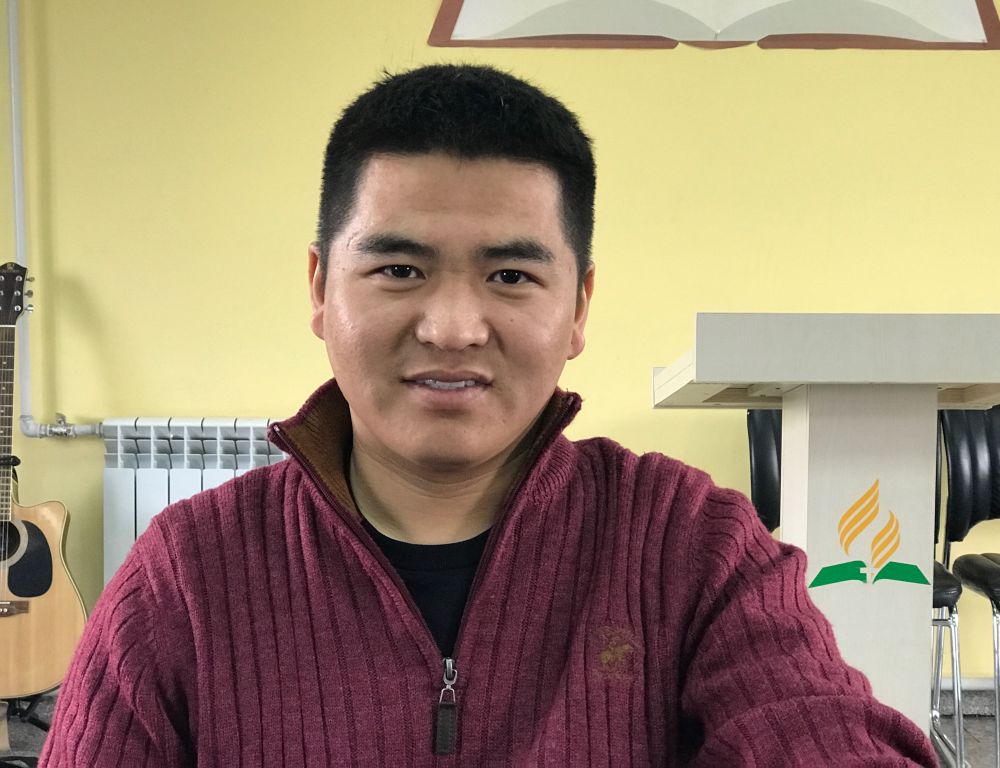 At the Adventist church, he received a book about breaking bad habits and grew convinced that smoking was a sin. He read in 1 Corinthians 3:16 that his body is the temple of the Holy Spirit, but he couldn’t stop.

One day at his family’s home, he locked himself in a storage shed, pulled out a half-empty pack of cigarettes, and prayed, “If there is a God, please help me to quit smoking.” He threw the cigarettes at the closed door. Taking a deep breath, he felt joy and peace flood over him.

At the church on Friday evening, he excitedly broke the news to the teacher during a small-group Bible study.

“I haven’t used this lighter in four days,” he told her.

She smiled. “You have found Jesus then,” she said. “He has revealed Himself to you.”

Batzul began to study the Bible earnestly. In Genesis, he read that Adam had named the animals. He read about the great controversy between Christ and Satan and realized that people smoke because Satan wants to destroy Christ’s handiwork. He learned that death is like a dreamless sleep and he would lose consciousness until the Second Coming.

“It was all so logical,” he said. “I found all the answers in the Bible.”

Today, Batzul, 30, and his wife are Global Mission pioneers in Nalliah, a sleepy suburb of Ulaanbaatar with 30,000 residents. Six years ago, no Adventists lived in the area when a church was planted by his then-future wife and several Korean missionaries. Now, 30 to 35 people attend church services every Sabbath.

Batzul tells churchgoers that the answer to life’s mysteries can be found in the Bible.

“My favorite verse is, ‘And you will seek Me and find Me, when you search for Me with all you heart,’” he said, citing Jeremiah 29:13 (NKJV).

May 13 - Walk with Me “My greatest joy is to see the Maasai people, accepting Jesus as their savior.” Jasta - GM pioneer

‘In the Dream, I Saw 2 Ministers’ What happened when two ministers distributed tracts in Texas.