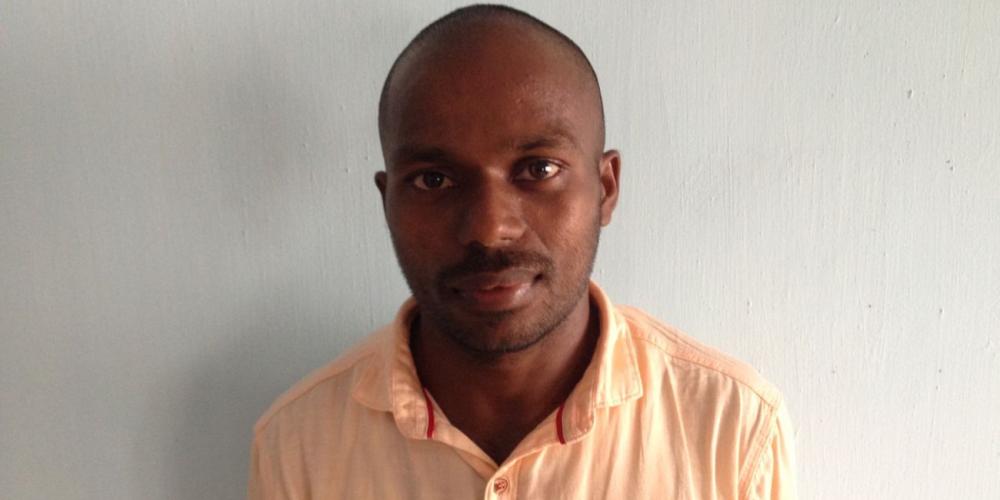 But this Indian young adult is well after nearly two years.

When Janeesh Kumar was diagnosed with cancer and given only six months to live, his neighbors declared that they knew the cause: his decision to become a Seventh-day Adventist and disagree with a Sunday-keeping pastor.

Nearly two years later, Janeesh is alive and well in southern India. People listen with astonishment as he shares his love for Jesus.

“Now that I am still living even after this, they know that God is leading,” said Janeesh, 30. “When I tell them about the truth, they eagerly listen because I am speaking from my own experience.”

He said the response is unlike anything he experienced as a Bible worker before the illness.

“It is like never before,” he said. “People used to look at me as someone speaking theology, but now it has become real.” Janeesh grew up worshipping in a Sunday-keeping denomination in Idinjar, a rural village in India’s southern Kerala state. While studying at a seminary associated with his faith, he was invited by Adventist friends to attend a Friday evening worship service at their church. The pastor, Binoy Jacob Das, spoke about Bible prophecy that evening, and Janeesh took careful notes. He asked the pastor many questions and then took his notes to the seminary to ask his teachers for more information.

The seventh-day Sabbath was the turning point. The moment that he heard about Saturday, he wanted to prove it wrong. He went again to the seminary teachers to get Bible verses in favor of Sunday. They could not answer him.

After baptism, he enrolled in an Adventist seminary in the same region. He studied for a year and, when his father died, returned home to care for his mother.

Back in his village, he began to share his faith with neighbors. He and several Adventist friends distributed tracts to every resident of his village. He led a three-day public meeting in March 2015 about the three angels’ messages of Revelation 14. Many people attended the meetings and asked questions. A Sunday-keeping pastor invited Janeesh to discuss the seventh-day Sabbath at his church. The pastor and his church members accepted the Sabbath.

Other Sunday-keeping Christians fought back. They organized their own three-day public meeting and brought in a young pastor to speak against the seventh-day Sabbath.

“We all attended the meetings and took notes,” Janeesh said. “On the third day the preacher asked if anyone had any doubts. We got up from our seats, went to the stage, and read out Bible texts regarding the Sabbath.”

The congregation was amazed. The young pastor had nothing to say. He promised to invite a senior pastor to explain everything.

After those meetings, many villagers looked at Janeesh with astonishment and respect. Some started taking Bible lessons.

But then Janeesh was diagnosed with cancer and given six months to live. Many villagers told Janeesh that God was punishing him for becoming an Adventist. They said he was being punished for openly arguing with the young pastor. They added that God would punish anyone who preached against Sunday.

Janeesh struggled with his faith. He grew discouraged and stopped talking about Jesus for several weeks. His friends urged him not to lose heart.

In late April 2015, he was admitted to the hospital. He underwent 36 chemotherapy sessions as church members prayed for him. At the same time, he started to give Bible studies again.

Sunday-keeping pastors warned him to stop teaching about the Sabbath or his cancer would worsen. Janeesh didn’t listen to them. Instead he decided to conduct more meetings about the Sabbath.

Eight young people were baptized after the meetings, doubling the number of Adventists in his village.

Janeesh didn't slow down. He rented a small room and started holding Bible studies twice a week. He also organized prayer meetings in the room. Twenty people could sit on the floor during the meetings. When more showed up, they sat outside the door.

Today, Janeesh has not been declared free of cancer. But he looks healthy, and he says he feels healthy. Janeesh and many villagers see this as a miracle.

The truth that he shares starts with his favorite Bible verse, John 3:16, which reads, “For God so loved the world that He gave His only begotten Son, that whoever believes in Him should not perish but have everlasting life” (NKJV).

“I came closer to Jesus when I struggled with this disease,” Janeesh said. “As I read the Bible, I understood that Jesus not only took away my sins but He also bore my sickness. Jesus died for all my problems, so in Him I find rest.”

Janeesh told his story to Adventist Mission near the Adventist grade school in the town of Vellarada, which is located about 90 minutes by car from his home village. The 13th Sabbath Offering in third quarter 2017 will help the school build 14 new classrooms, which are needed to replace old classrooms and attract new students.

A total of $1.03 million from the 13th Sabbath Offering will be earmarked for five projects in India in third quarter 2017. The other four projects include14 classrooms for Alate Seventh-day Adventist School in Hathkanangle in western India; a girls’ dormitory at James Memorial Higher Secondary School in Prakasapuram in southern India; a girls’ dormitory at Nagaland Adventist School in Dimapur in northeastern India; and the division’s first major conference center, situated in the central city of Ibrahimpatnam.

Schoolchildren singing at the Seventh-day Adventist school in Vellarada in southern India.

January 14 - Natives Wanted They prayed to reach the world and God sent the world to them. In a surprising manner, God answered their sincere prayer with an influx of immigrants. Now they are praying for room to host such a growing crowd.

EPIC Mission On today's program we'll be visiting many places that you can reach by boat and we'll also visit one place that you'll never reach by boat.