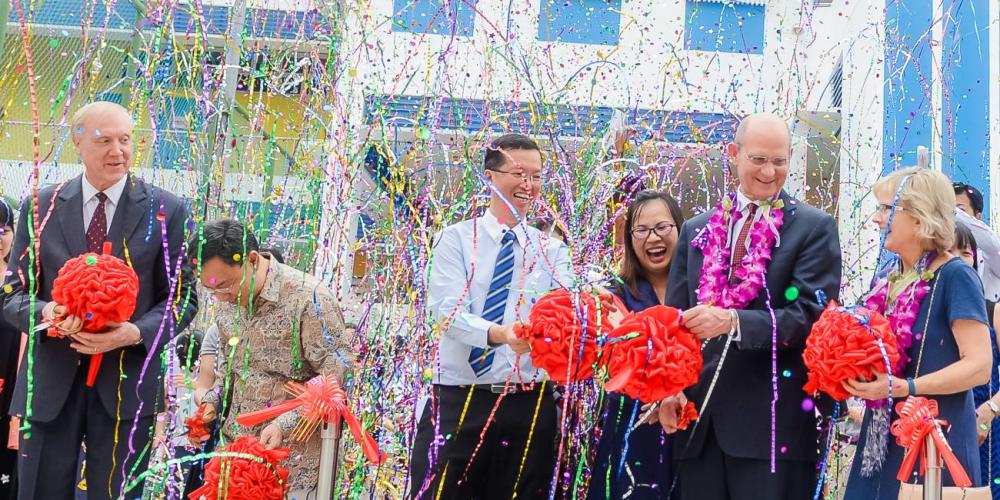 Only Adventist School in Singapore Gets Major Upgrade

Ted Wilson and other church leaders dedicate the renovated San Yu Adventist School as a beacon of light.


The Seventh-day Adventist Church’s only school in Singapore was rededicated to God after a major renovation that saw the facilities expanded, an elevator installed, and giant letters placed on the façade reading, “Thy word is a lamp unto my feet, and a light unto my path.”

Ted N.C. Wilson, president of the Adventist world church, joined local church leaders and educators to reflect on 110 years of Adventist education in Singapore and to pray for God to bless San Yu Adventist School’s mission to serve as a light to the community and beyond.

“When I look at the building, I am so impressed — that beautiful scriptural passage which tells all of those passing by that there is something special that happens here,” Wilson said, directing attention to the text from Psalms 119:105 on the façade.

“San Yu Adventist School is … helping people to find the light on the pathway, which is God’s wonderful Word,” he said during a ribbon-cutting ceremony on Nov. 2. He added later, “As students are trained to understand the Word of God, this will be a light to their path as they move through life.”

Adventist education in Singapore stretches back to a school offering English-language classes that the first Adventist missionaries opened soon after arriving from Australia in 1904, local church leaders said.

The renovated San Yu Adventist School is the result of a merger two decades ago between two schools — an elementary school and the San Yu High School, which occupied the current campus at 299 Thomson Road.

It has an enrollment of 500 students, of whom only 10 percent are from Adventist homes.

“This is a real mission school,” said Johnny Kan, president of the Adventist Church’s Singapore Conference.

He said the two years of renovations, which were financed by the school, would help boost enrollment to 600 children next year.

“We hope that in the coming years as we enlarge our enrollment, every student who comes into this school will be touched by the love of Jesus Christ,” he said.

Many of the school’s 1st- through 12th-grade students come from countries other than Singapore, and the largest portion — 40 percent — are from China, said principal Shee Soon Chiew.

He said two Chinese students were among several people baptized last week in the Singapore Chinese Seventh-day Adventist Church, located on the same gated compound as the school.

“We enjoy fruits of some of the hard work but, more importantly, we have been sowing seeds,” he said. “Many of these students, because they don’t come from here, return to their homelands, and we hear stories of them going to church.”

At the Nov. 2 ceremony on the school’s basketball court, Wilson; his wife, Nancy; and five others cut a symbolic red ribbon as streamers and confetti rained down. Later, guests heard a presentation on school’s history in the library and watched short video testimonies by two former students, from Myanmar and Thailand, who were baptized at the school.

Finally, the guests were taken on a school tour by a teacher baptized after joining the school. On the tour, she pointed out the new elevator shaft, which was built as an addition on the front of the multistory school building and bears the verse from Psalms.

In the evening, Wilson appealed to the 3,000 Adventists in Singapore to find a way to share Jesus with others as part of Total Member Involvement, a world church initiative. Singapore has a population of 5.6 million.

Wilson, cautioning that Adventists won’t always be able to witness freely, read Jesus’ words in John 9:4: “I must work the works of Him who sent Me while it is day; the night is coming when no one can work” (NKJV).

“God is calling you to touch people’s lives,” Wilson told 400 people gathered in the Chinese church. “There is no limit what God can do through you.” 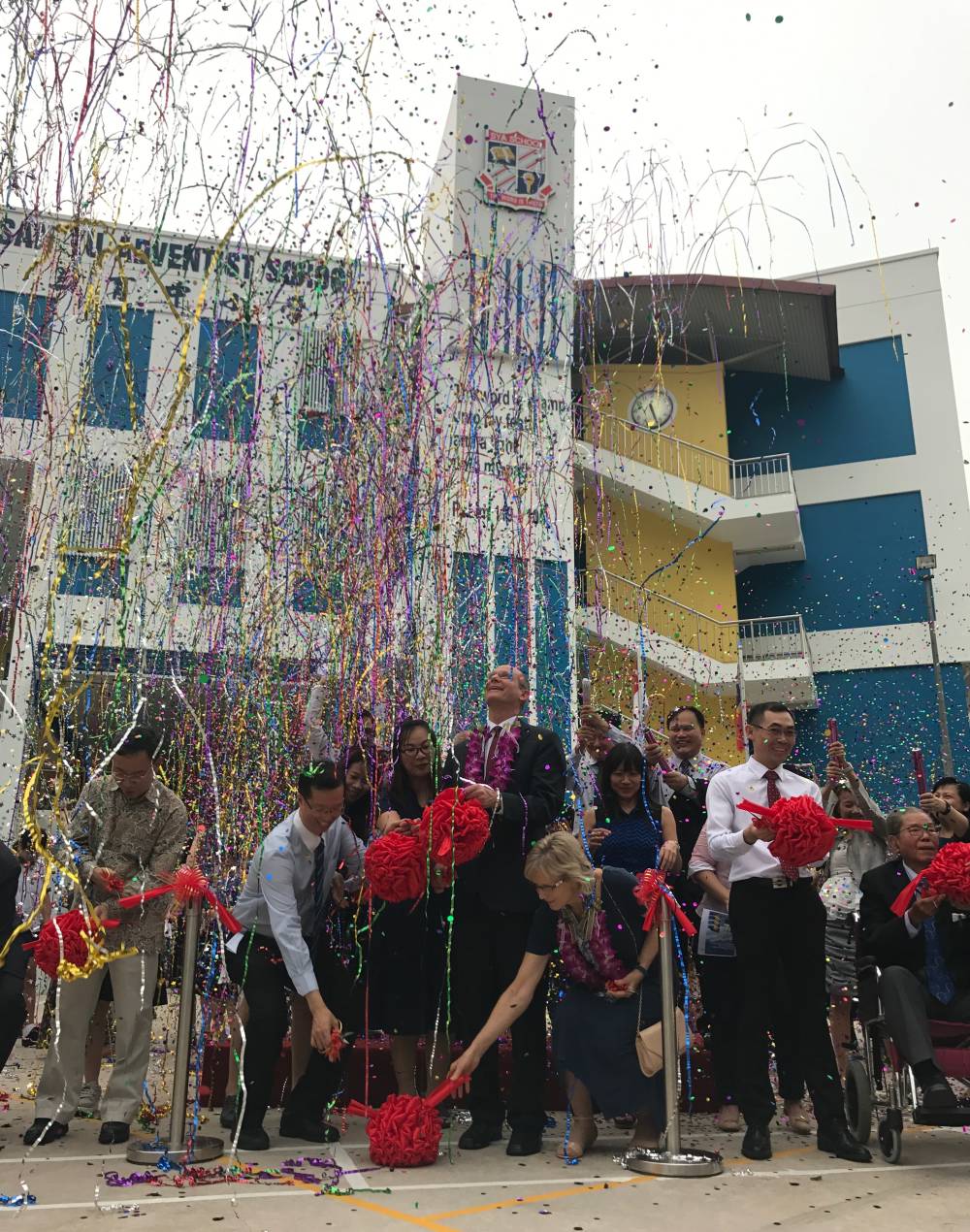