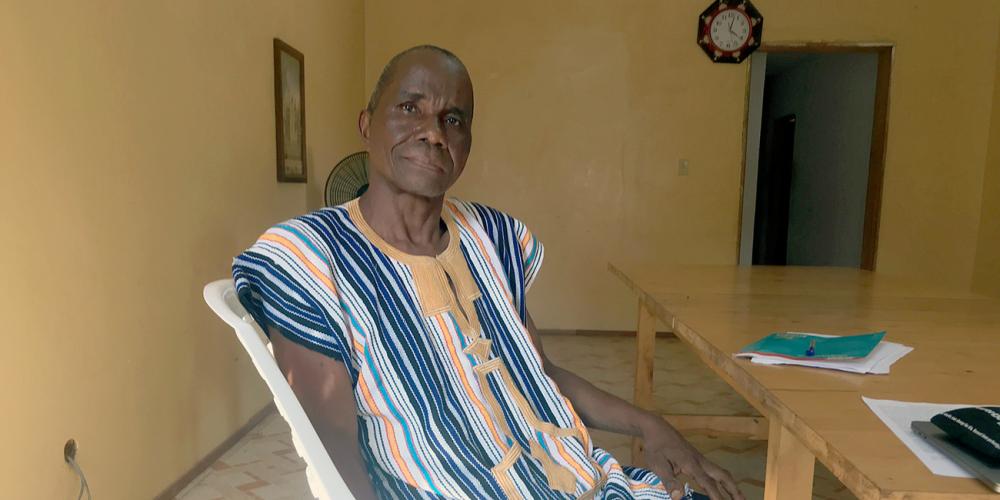 No Schooling, but He Could Read Bible

Joe prayed earnestly. He didn’t know how he would remember all the verses.

There were no schools in his village, Seeyah, in Liberia. As a boy, he worked on the family rice farm. When he grew older, he married and had nine children and still worked on the farm. He had no reason to read.

One day, a Seventh-day Adventist evangelist, Willie Helbig, arrived in the village. Joe was interested to learn from the Bible, and he and other villagers asked the evangelist to study with them. Willie agreed and, a month later, all 50 adults in Seeyah and a neighboring village, Dehyu, were baptized.

Willie, the first ordained Liberian pastor in the Adventist Church, told the new church members that it was their turn to spread the gospel message. Joe didn’t know what to think. He loved Jesus and wanted to share the gospel. But he was 45 years old and couldn’t read.

“I can’t open the Bible and teach from it,” he said.

Willie wasn’t worried. He invited Joe and five other newly baptized church members to attend a Bible training school in Dehyu. On the first day of classes, Joe looked at the other five men in Willie’s classroom. None of them had gone to school. None of them could read. He was in good company.

Willie prayed and gave a new Bible to each man. Then he opened his own Bible and showed the men how to find important verses. He read each verse out loud and explained the meaning of every word.

Every day, Joe and the other men met with Willie to learn from the Bible. Every day, Joe prayed for the Holy Spirit to bless their classes.

One day, as Willie guided the men through important verses in the Bible, Joe noticed that he had no trouble finding the verses on his own. As Willie read, he was able to follow along in his own Bible. He looked over at his classmates. They also were able to find the verses and to follow along. Joe and the other men stood up and began reading the Bible out loud to the astonished evangelist.

Joe went on to become head elder of the first Seventh-day Adventist church established to serve Seeyah village and several other villages in 1937. Although he never attended school, he energetically taught and preached from the Bible at the new church, located in the village of Newcess. He died in 2003 around the age of 90.

“It was the work of the Holy Spirit,” said his son, S.E. Joe Seeyah, 66, who also is a church elder. “It is the Holy Spirit who gives knowledge, and He wanted the Seventh-day Adventist message to come to our region. He allowed my father to read the Bible.”

S.E. Joe Seeyah says, “My father could not read and write. But through the work of the Holy Spirit, he was able to read the Bible.” (Andrew McChesney / Adventist Mission)

Part of the third quarter 2020 Thirteenth Sabbath Offering will help to construct a K-6 school in Buchanan, Liberia, to replace a school destroyed in Liberia’s civil war several years ago. Buchanan is located near Seeyah village.

Self-supported Church Planting Janeesh's amazing conversion story goes beyond believing the Bible. He is now helping to grow the Seventh-day Adventist Church in the Kerala region of India.