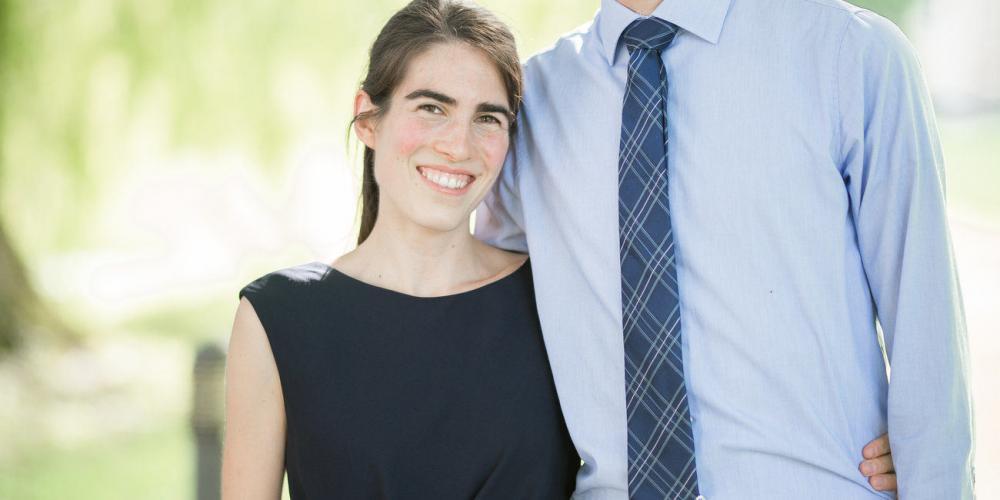 Both Husband and Wife

Questions to Ask Yourself


Lena made a list of the qualities that she sought in her future husband after she broke up with her first boyfriend.

At the top of her list: a spiritual person. He must be organized, accept responsibility, and have leadership qualities. She also wanted someone with similar hobbies like exercising and nature.

“You’ll have a hard time finding a man like this,” she said.

Lena, a German native, met her first boyfriend in high school and, after graduating, left him behind in Europe for a year so she could work as a mission teacher in the South American country of Guyana.

“I always liked to hear mission stories, and I wanted to become a missionary,” she said in an interview.

In the jungles of Guyana, she had much time to reflect about her boyfriend and their relationship. She worried that she had been pursuing the relationship based on feelings and recognized that she wouldn’t be able to honor him properly as a husband.

“If I had thought first, I would have noticed this before we started dating,” she said. “It isn’t so good when you just go after your feelings.”

Upon her return home, Lena ended the relationship. It was difficult but could have been much worse, she said.

“The good thing was that we had always been reserved in our expressions of physical affection,” she said.

It was then that she made her husband list and showed it to her skeptical mother.

Months passed, and Lena immersed herself in university studies in Germany. She had no time or interest in boyfriends or marriage. One morning during personal devotions, she felt impressed to read Ellen G. White’s “Letters to Young Lovers” and make a new list.

She immediately dismissed the thought. She had read the book while dating her first boyfriend, and she didn’t think she needed to reread the compilation of letters and other advice that White had given to couples in love.

But the impression remained strong, so Lena started to read the book and make a list. She quickly realized that she hadn’t read the book carefully enough the first time.

Lena ended up with a much longer list than the one she had shown to her mother two years earlier. At least 75 percent of the items were new. The new list seemed to cut through feelings and culture to reach the heart of a relationship.

With the new list in hand, Lena examined her own life and saw ways to improve. She also wondered how she would find a man who met the criteria. Immediately she remembered Gerson.

Lena had met Gerson, a fellow German missionary, in Guyana, and they had taught at the same high school there for several months. They had remained friends in Germany.

Although Lena had been taught that a woman should allow the man to take the lead in a relationship, she made her interest clear to Gerson the next time that they met at a church event. Gerson gave no outward indication that he wished to pursue a closer friendship.

Inwardly, however, Gerson joyfully recognized her interest and resolved to seek God’s approval before taking action. For the next three months, he read the Bible, “Adventist Home,” and “Letters to Young Lovers” to gain a better understanding of God’s will for marriage. His standards for a future spouse were no lower than Lena’s.

Gerson realized that he and Lena shared similar principles and aims in life. With the blessing of his parents and grandparents, he decided to let Lena know how he felt.

That was two years ago. Today, Lena and Gerson, both 25, are happily married and teach math and science at Bogenhofen, a Seventh-day Adventist boarding school in Austria.

Lena credits the Ellen White list for straightening the path to her marriage.

“Ellen White gives great advice on how to find the right husband or wife,” she said. “Read and practice what she says, and you’ll be richly blessed.”

Both Husband and Wife

Questions to Ask Yourself

Song of Solomon Brings Hardened Zimbabwean War Veteran to Jesus A cow also plays a key role in the conversion of this Global Mission pioneer.

Unbelieving Teen Sees Own Baptism in a Dream Everything that happened that afternoon was in the dream.