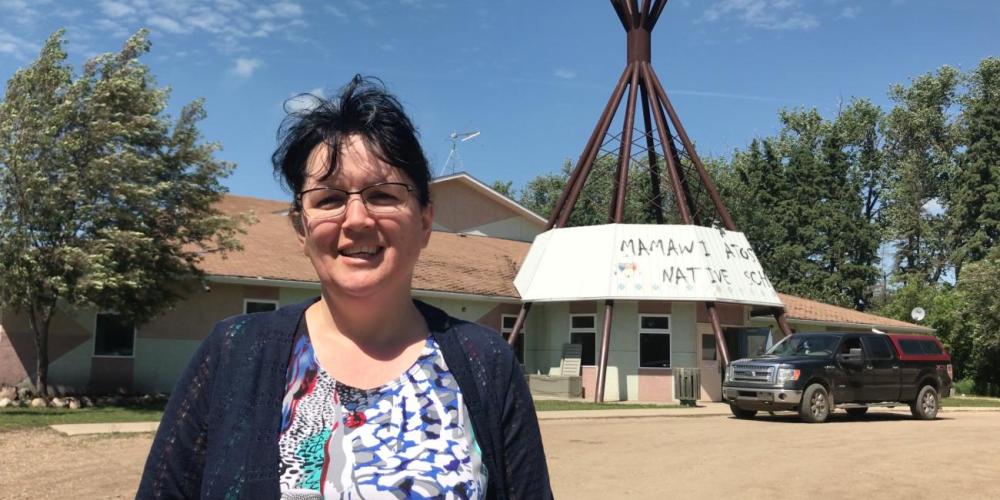 Teacher Gail Wilton wanted to show the sixth graders a video during Bible class, but she couldn’t get the video player to work.

Many of the children had never heard about Jesus before they started studying at Mamawi Atosketan Native School, a Seventh-day Adventist day school for First Nations students in the Canadian province of Alberta. Gail really wanted them to watch the video about Jesus’ resurrection from the grave, but she couldn’t get the video to play.

Finally, a boy said, “We’ll help you, Teacher.“ Another said, “We know how to fix the video.“

But the video didn’t work.

Then the children suggested prayer.

Gail thought that was a good idea, and 12-year-old Donovan offered to pray.

“Dear God, thank You for today,” Donovan said. “Please help us with the video. Please help it to work. Thank you for hearing our prayer. Amen.”

While Donovan prayed, the teacher also prayed, but silently. She said to God, “We have talked a lot in class about how You answer prayer, but the children have never seen an answer to prayer in their own lives. This would be such an awesome time for them to see Your power. Please make the video work.”

Donovan and the other children went back to the television and fiddled with the wires some more. They disconnected the cords and put them back in. Gail silently prayed with all her might for a miracle to happen.

But the video didn’t work.

Gail felt so disappointed. She didn’t know what to say.

The teacher was surprised! Donovan was right. Gail had thought that a miracle was just what the children needed to know that God answers prayer. But the children saw things differently. They understood that God had answered their prayer by not performing a miracle to cause the video to work.

The children, however, had made the right prayer request. They simply asked God to fix the video and accepted that He said, “No.”

Even though Gail knows a lot and loves to teach, she said she learned an important lesson from the children that day. She learned that it is important to ask God to act when He think it is the right time — and to remember that He sometimes says, “No.”

Gail Wilton is the principal of Mamawi Atosketan Native School, which will receive part of the Thirteenth Sabbath Offering in second quarter 2018 to teach more children — and perhaps teachers — about Jesus. Thank you for your mission offerings.

The boy’s name has been changed.

Praying for 5 Years to See if God Is Real A little girl in the Marshall Islands pleads with God for a good singing voice.