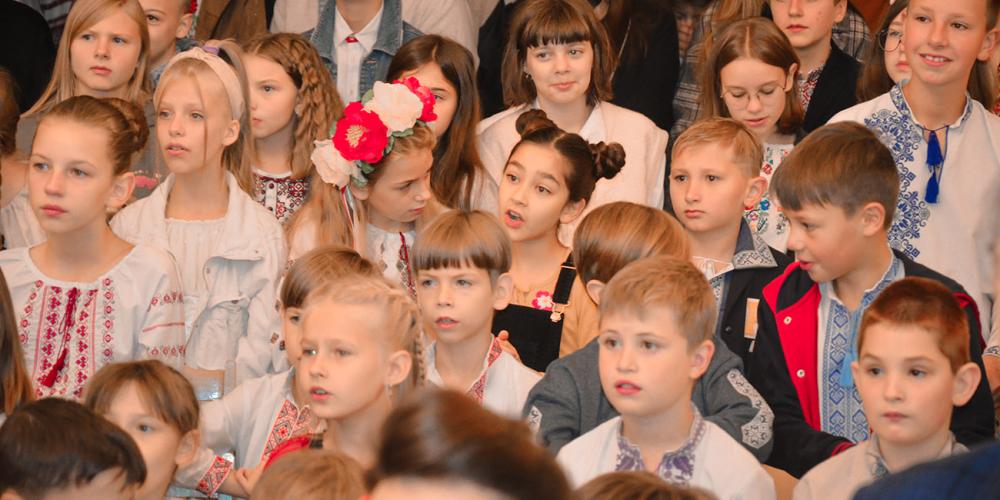 Schools are touching the hearts of children and parents alike.

A boy with a non-Christian father and a former Seventh-day Adventist mother gives his heart to Jesus after studying at an Adventist school.

A third-grader’s manners change so drastically after she enrolls in an Adventist school that her atheist mother wants to become an Adventist.

Two children beg to go to an Adventist school after learning about it from friends, and their parents end up becoming Adventists.

These stories show how God’s power is transforming lives in Russia, Ukraine, and other countries of the former Soviet Union as Adventist education expands rapidly across once-atheist soil, church leaders said at the Euro-Asia Division’s year-end meetings. The Adventist Church had just 14 schools a decade ago, but today it operates 77 elementary schools and high schools with 4,128 students in its Euro-Asia Division. Another 40 schools are expected to open over the next four years.

“Adventist education is closely connected with the mission of the church,” Ivan Riapolov, education director of the Euro-Asia Division, said in presenting an annual report to the year-end meetings.

“You cannot separate Adventist education and Adventist mission,” he said. “Wherever schools open, the church grows.”

That certainly appears to be the case in Odessa, Ukraine, where a 10-year-old boy named Anas struggled to pass classes amid an ongoing torrent of racial discrimination from classmates in public school, Riapolov said in an interview. The boy’s non-Christian father lived in Iran, and his Ukrainian mother, a former Adventist, had left him with his grandmother. Upset over the bullying, the grandmother finally transferred Anas to the local Adventist school.

At first, Anas was withdrawn, but he loved Bible classes so much that he tried to remember the teacher’s words by whispering them as he heard them in the classroom, Riapolov said. But as the days and weeks passed, he discovered that the other children enjoyed his wit, and he soon became a beloved class clown.

However, his mother was furious when she learned that the grandmother had enrolled the boy in the Adventist school, and she took him to live with her. The grandmother prayed for a year for God to intervene, and one day the mother agreed to meet with an Adventist pastor. During the conversation with the pastor, Anas learned that three former classmates were going to be baptized, and he announced that he also wanted to be baptized. He had been studying the Bible on his own in preparation for baptism. His fervent desire to give his life to Jesus touched his mother’s heart, and she and the grandmother watched the boy being baptized with his classmates two weeks later.

In another part of the Euro-Asia Division, a mother called an Adventist school to say she did not know anything about religion but she wanted her daughter, Natasha, to obtain an Adventist education, Riapolov said. The mother explained to the principal that Natasha attended a private school that gave children free reign for the sake of their creativity, but she thought that the girl needed discipline. She worried about Natasha and remembered that when she had been pregnant, she had felt impressed, one day, to send her child to a Christian school. She had no idea where the idea came from because she was an atheist.

“I want my daughter to study at this school,” she firmly told the principal

Two weeks after Natasha began third grade, the mother called the principal to say she was delighted with the changes that had come over her daughter.

“She loves your Bible lessons, and she has fallen in love with the school,” she said. “She tells us everything that goes on there and has us pray before meals. I am so happy I brought her to your school!”

The family’s story has not ended. “Their path with God is just beginning,” Riapolov said.

Elsewhere, a luxury car pulled up at an Adventist school on the first day of the school year, according to an account shared by Riapolov. Two children carrying bouquets of flowers for the teachers emerged from the car together with their parents.

“We want our children to study at your school,” the father told the principal.

“I’m afraid that’s impossible,” the principal replied. “We don’t have room for any more students.”

“We will buy new desks and chairs for all the students and pay double the tuition,” the father countered. “Please allow our children to go to your school.”

“You know that we also do not have government accreditation to hold final exams here,” the principal said. “Your children would have to take them at the public school.”

“That is not a problem for us,” the mother said. “We will help you get accreditation.”

“You know that this is a Seventh-day Adventist school, right?” the principal said.

“Yes, and we want our children to study here,” the father said.

The mother explained that the family had vacationed at the Black Sea a few weeks earlier, and the children had made new friends who attended the Adventist school. Every evening during the vacation, the children had excitedly told their parents about the school and pleaded to go there when classes started.

Then the mother handed her business card to the principal. She was a city judge. Her husband was a high ranking military officer.

The children entered the second and third grade at the school, and they loved studying there. But as the weeks passed, they began begging their parents to read to them Uncle Arthur’s Bedtime Stories, which they were hearing at school.

“The parents of the other children read these stories to them, and you don’t,” the children said.

The mother cleverly told children to ask the teacher to sell the book to them. “Then I will read to you every night,” she said. The children bought the book, and she read to them every night.

The months passed, and the children asked to go to Sabbath School and church. The parents took them every Sabbath. The next summer, both the mother and father were baptized.

The Euro-Asia Division has made education a high priority and, at its request, the Thirteen Sabbath Offering collected in first quarter 2021 is helping expand two schools in Russia and Ukraine.

Riapolov, speaking to the year-end meetings, praised Adventist education as “the longest and the largest evangelism event that takes place” in the Adventist Church. A child enrolled in an Adventist school in the first grade can learn about God for 11 years — until graduating from the 11th grade, the last grade in the former Soviet school system, he said. Even more years of Adventist education can be added if the now-young adult decides to pursue a higher education.

“All our efforts are focused on the mission of the church, which is to proclaim the three angels’ messages,” Riapolov said. “We want children to gain a biblical worldview and make a decision to give their lives to God.”

Mikhail Kaminskiy, president of the Euro-Asia Division, told church leaders at the year-end meetings that education plays a key role in winning souls for Christ.

“Education is evangelism at its finest,” he said.

Adventist Church president Ted N.C. Wilson, who also was attending the meetings, described Adventist education as fundamental to the future of the church in the Euro-Asia Division, and he prayed for God to bless the continued growth of schools.

“May we find many in heaven because of these schools,” Wilson said.

Ruben the Engineer Ruben donates his time and skills to help build Adventist church buildings. He is now planting a new church in his house.

Working Under Fire A missionary couple endures a turbulent time in Cambodia, an engineer helps build churches in Peru, and the sights and sounds of Panama.