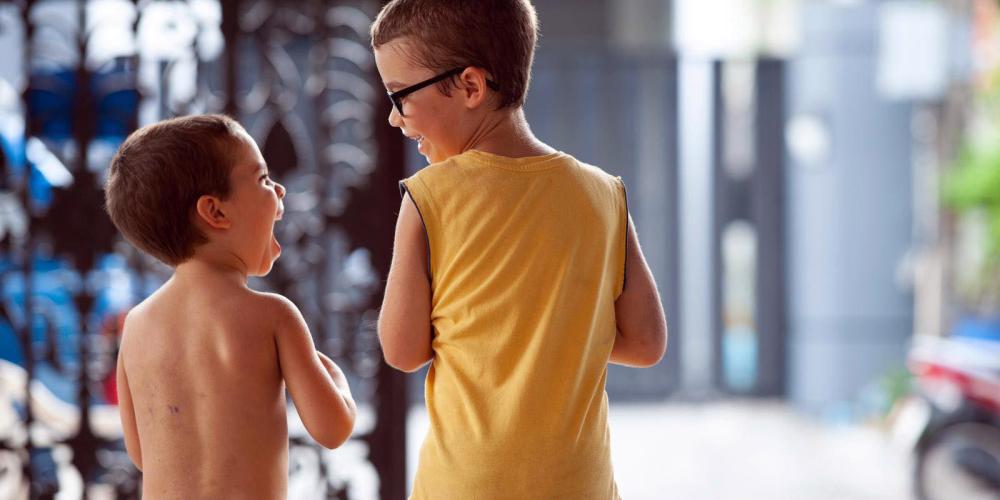 Asher chased down everyone he saw, exclaiming, “Prepare to meet thy God!”

My 6-year-old son, Asher, approached me in our home in Bangkok, Thailand.

“Mom, I want to hand out flyers to people,” he said.

I wasn’t sure what he meant. After some questioning, I figured out that he wanted to distribute a small Thai-language tract called “A Love Letter From Jesus.” My heart skipped a joyful beat as I realized that my little boy wanted to share his love for Jesus with the precious people of Bangkok.

But Friday didn’t seem like a good day to go out. The global Covid-19 pandemic was keeping people indoors. In addition, I was busy preparing for the Sabbath.

“It would be too much of a hassle to leave the house,” I thought.

During my devotions on Sabbath morning, I remembered Asher’s request and felt impressed to take him out with the tracts.

That afternoon and evening, I watched Sabbath sermons with a friend. One preacher ended his sermon with an appeal from Ellen White: “As a people who believe in Christ’s soon coming, we have a message to bear, ‘Prepare to meet thy God’ (Amos 4:12).” The passage came from “Gospel Workers,” page 52.

“That’s exactly what I want to tell Thai people!” I thought. “We need to translate the Bible verse into Thai.”

On Sunday morning, I opened the EGW Writings app to read that day’s scheduled devotional message. Guess what I read? A passage that included Amos 4:12: “Prepare to meet thy God.” I was cut to the heart.

At breakfast, Asher gazed at me longingly. His father and his little brother and baby sister sat nearby.

“Mom, I want to hand out flyers to people,” Asher said.

I promised that we would go out no matter what.

After Asher memorized Amos 4:12 in Thai, we got ready to leave.

My husband, Brian, and I had to make a delivery of fresh bread from a bakery at an urban center of influence that we helped establish after arriving from the U.S. state of Washington in 2014. Usually when we make deliveries, Asher and his brother take their bicycles and ride around with the neighborhood children. But Asher announced that Sunday that he did not want his bicycle. He would be too busy to ride it.

“Drop me off at the beginning of the soi [street], and I’ll walk down and hand all these out,” Asher told his father, referring to the small tracts.

It was a 1-mile (1-kilometer) walk to the neighbor who had ordered the bread. We decided to take extra loaves to try to sell on the street. The urban center of influence has fallen on difficult times during the pandemic and could use the money.

I put baby Prudence in a stroller, and Asher and I began our walk down the street. Asher chased down everyone he saw.

“Prepare to meet thy God!” he exclaimed in Thai, extending tracts to passersby.

We wore face masks, as did the passersby. Social distancing rules are unevenly observed in Bangkok, and rumors have swirled that white-skinned foreigners were responsible for bringing Covid-19 to Thailand. But no one could refuse little Asher’s earnest appeals.

“Prepare to meet thy God!” he repeated as person after person accepted tracts.

Asher also placed tracts on motorcycles and cars and into mailboxes. He was ecstatic when we headed back home less than two hours later. He had distributed nearly 100 tracts.

“I want to do this every day!” he declared with a big smile.

God worked two other miracles during the walk. We managed to sell all but one loaf of bread, and baby Prudence didn’t cry once even though she had forgone her customary nap.

God truly wants the mighty city of Bangkok — and the people of the other big cities of the world — to be ready. “As a people who believe in Christ’s soon coming, we have a message to bear, ‘Prepare to meet thy God’ (Amos 4:12).”

A New Center of Influence in Tallinn A second-hand shop and center of influence offers a door in to the Adventist church in Tallinn, Estonia.