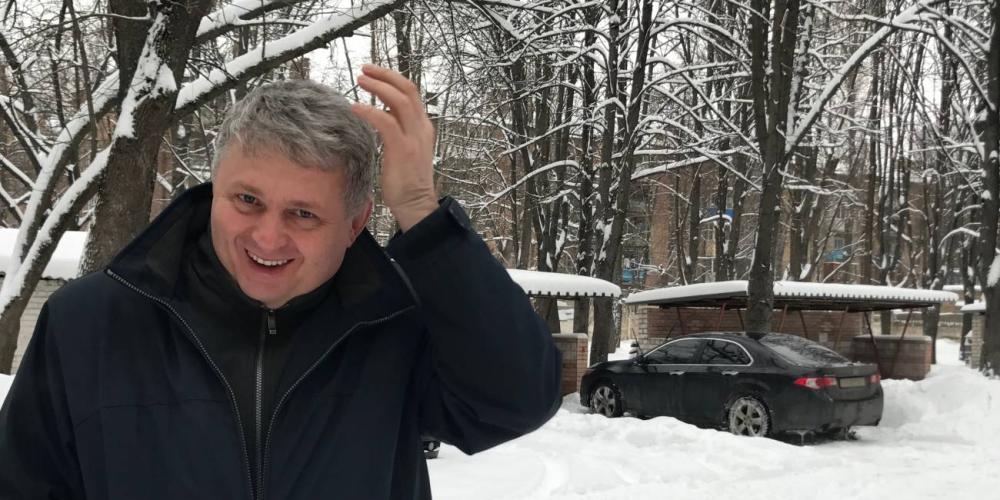 When a Georgian Businessman Gave $15,000 to Dishonest Relatives

Upset, he asks, “Is it worth doing good if this is the result?”

Toma, a 30-something businessman in the former Soviet republic of Georgia, had U.S.$15,000 in cash that he wanted to use to buy a new car.

But a strange desire entered his mind as he considered which car to buy. He felt an overwhelming urge to give that money to three impoverished families, all relatives. Try as he might, Toma could not shake the thought. He could not sleep at night. He struggled to work during the day. It was as if someone was telling him that he must help his relatives.

Finally, Toma gave up. Through a business friend, he offered his relatives seasonal jobs in the Netherlands. He bought them passports and airplane tickets. Then he split the remaining money three ways and wished his relatives a safe trip.

The relatives were stunned. “How can we thank you?” they asked.

“Work and pay back the money,” Toma replied. “Then I’ll buy myself that car.”

After some time, the relatives began to make good money in the Netherlands. Toma asked them to return the debt, but they refused. They stopped answering his phone calls.

Toma was furious. He flew to the Netherlands and angrily told his business friend, who had hired the relatives, to dock their wages so he could collect the debt. Then he flew back to Georgia with the $15,000 in cash. He was determined to buy the car.

But something spoiled his plans. Someone stole half the cash.

Back at home, Toma gloomily stopped by a church to complain to the priest.

“Is it worth doing good if this is the result?” he asked.


The priest replied, “If you don’t want problems, don’t do good.”

The answer bothered Toma, and he fretted over it for months. Then one day, while he was on a business trip to Ukraine’s capital, Kiev, he spotted dozens of children playing games in a city park. Attracted by their cheerful laughter, he drew closer to see what was happening. He learned from an adult that the Seventh-day Adventist church located across the street had organized a special festival for the neighborhood children. The adult introduced himself as Pastor Roman Prodanyuk.

Toma immediately shared the story about his relatives.

“Toma stood before me and asked, ‘What do you think: Is it worth doing good after all that? I don’t feel comfortable with what the priest said, but my own experience tells me that he is right,’” said Prodanyuk, who serves as president of the Adventist Church’s Kiev Conference.

Prodanyuk’s brow burrowed in thought as he recalled the conversation.

“At that moment, the Holy Spirit began to open this man’s life to me,” he told Adventist Mission. “Several Bible verses came to mind.”

Prodanyuk turned to Toma. “I think you have left out some important details of your story,” he said. “Before you helped them, your relatives blamed God for their poverty, didn’t they?”

“How did you know?” Toma exclaimed. “That’s exactly how it was!”

“I know,” Prodanyuk said, “because it is written in Romans 3:4, ‘Let God be true but every man a liar. As it is written: “That You may be justified in Your words, and may overcome when You are judged.”’ Your relatives blamed God for their poverty, but God gave them a chance to have money and start a new life.”

The pastor didn’t pause. “The second thing that you didn’t tell me is that your relatives wasted all their money after they returned to Georgia, and they are blaming God for their poverty again,” he said.

“How did you know?” Toma said. “That’s exactly how it happened!”

“I know because it is written in Proverbs 13:11, ‘Wealth gained by dishonesty will be diminished,’” Prodanyuk said. “In other words, ‘Easy come, easy go.’”

“There is one last thing that you didn’t tell me,” Prodanyuk said. “When you returned to Georgia, bitterly disappointed after your trip to the Netherlands, your business began to flourish.”

“How did you know?” Toma said. “That’s exactly what happened! I was so successful at work that I was surprised.”

“I know because it is written in Proverbs 19:17, ‘He who has pity on the poor lends to the Lord, and He will pay back what he has given,’” Prodanyuk said. “God never owes anything to anyone. He always pays back that which is given to the poor.”

Toma was amazed by what he had heard, but he still couldn’t quite see the whole picture. He asked the pastor to explain further.

Prodanyuk obliged, saying: “Your relatives were poor and blamed God for their problems. God decided to give them an opportunity so they wouldn’t have a reason to blame Him on Judgment Day. God looked for someone to give them money. That was when the Holy Spirit convicted you to help your relatives. You felt such an overpowering desire to help them that you couldn’t refuse. But your relatives were dishonest and didn’t take advantage of the opportunity. So on Judgment Day they will not be able to excuse themselves by saying that God didn’t give them a chance. You also will appear before God on Judgment Day and may want to ask, ‘Why did You do good to my relatives and not to me?’ God will reply, ‘What do I owe you? Even though your relatives were not dependable, I returned your loan. You got back the money that you gave.”

At those words, Toma cried out, “God didn’t just give me back the money that I had given my relatives. He returned three times more!”

Prodanyuk asked quietly, “So is it worth doing good?”

From Broadcast to Baptism: an AWR Miracle Story in Romania This is the power of AWR-360, as we are rebranding Adventist World Radio.

A Mighty Movement The church pastor of another denomination finds a Voice of Prophecy bible study. He eagerly studies it and decides to share a new-found truth with his church. The result? Many were baptized into the Seventh-day Adventist Church. Mission Offerings: Watering the World The church's system of regular and systematic offerings is just like a river. Every time we give our mission offerings, we're adding water to a life-giving river that flows through often parched lands, bringing life and hope. She Didn't Want to Become a Christian Yoriko participates in the Youth Rush program to knock on doors, sell books and give Bible studies. What is a Missionary The Butterfly Church in Taiwan, a mobile clinic in Mexico, and the answer to the question: What is a missionary? What a Missionary Is Do you know what a missionary is? Karen didn't think she was one or could ever be. Mission Unusual Tokyo A Pioneer Life for Me A Global Mission pioneer in Botswana tells his story.