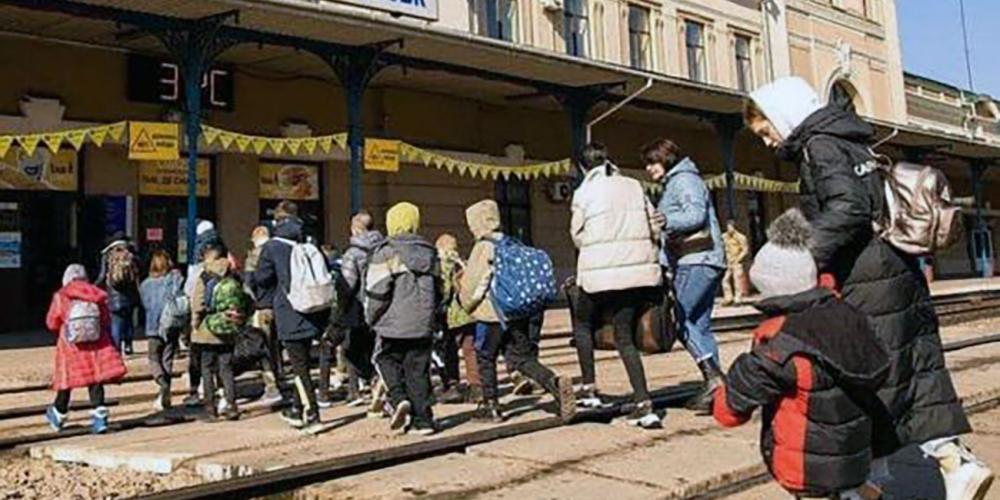 A mother with 30 orphans.

These are among the scores of displaced people who have found hope in Seventh-day Adventist churches across Ukraine.

Ukrainian Adventists, supported by an Adventist Mission emergency fund that has raised more than $111,500 in recent weeks, have provided meals, lodging, trips to safety, and hope to thousands of people since armed conflict erupted on February 24.

Every donated dollar is being used to help the helpless, a Ukrainian church leader said.

“We are very grateful to the donors,” he said in an email that included an itemized list of how donations are being used.

Adventist Mission is not fully identifying the church leader or other Ukrainians in this story for their personal safety.

Among the people who have sought assistance is Natalia, an orphanage worker who sheltered 30 orphans for more than two weeks in a basement amid heavy shelling.

“﻿None of the orphanage staff except Natalia stayed with the children,” the Ukrainian church leader said. “The children begged her not to leave them alone for the night, not to go home. So she moved to the basement with her own children. She cooked food for everyone and took care of the kids.”

The building was hit by shells twice, but no one was injured, he said. After 17 nights, Natalia managed to move the 30 orphans and her own children to an Adventist church. It was not immediately clear how many children Natalia has. After receiving assistance at the church, the group boarded a train and left for an Ukrainian region away from the conflict.

“The children sleep peacefully now, but they dream of returning home,” the church leader said.

Another person who received assistance from church members is 94-year-old Yevhenia. She fled shelling in Ukraine’s capital, Kyiv, in a desperate escape that reminded her of a similar journey during World War II.

“She said the attacks were reminiscent of the violence that she saw during World War II,” the church leader said. “She would have preferred to stay at home and die but, as the shelling intensified, her daughter convinced her to leave the house where she had spent most of her life.”

Adventist churches in Ukraine have been swamped since the conflict began, with 50-100 people arriving nightly at individual churches for help. The Adventist Church’s Ukrainian Union Conference has sent funds to the churches, and members themselves also have emptied their own pockets to assist. But as the flow of displaced people remained high and funds ran low, Ukrainian church leaders appealed to Adventist Mission for help. Adventist Mission, which plants churches worldwide, responded by transferring funds to from its Hope in Crisis emergency fund and inviting church members globally to contribute.

Hope in Crisis has raised a little more than $111,500 over the past month, and $38,000 has been sent to Ukraine so far, said Jeff Scoggins, planning director at Adventist Mission.

“They will let us know when the last batch runs out, and then we will send more,” Scoggins said.

He added, “The outpouring of support for Ukraine has been incredible, and I hope everyone is praying for God’s intervention even more than they are giving financially because prayer is the most powerful thing we can do to help.”

Tax-deductible donations to help people in Ukraine can be made on Adventist Mission’s website, adventistmission.org/donate. Select “Hope in Crisis Projects” as the preferred project. Alternatively, in the United States and Canada, call 800-648-5824, or send a check to 12501 Old Columbia Pike, Silver Spring, Maryland, 20904.

1 Million Pounds of Food One of Jesus’ most memorable miracles was feeding thousands of people in need of food. A church in Kansas City, in the middle of the United States, has been following Jesus’ example of feeding the multitudes.

Unique Methods of Ministry Church in a yurt, a purse ministry for refugees, and mission to the city of Seattle. Join us as we explore mission around the world.