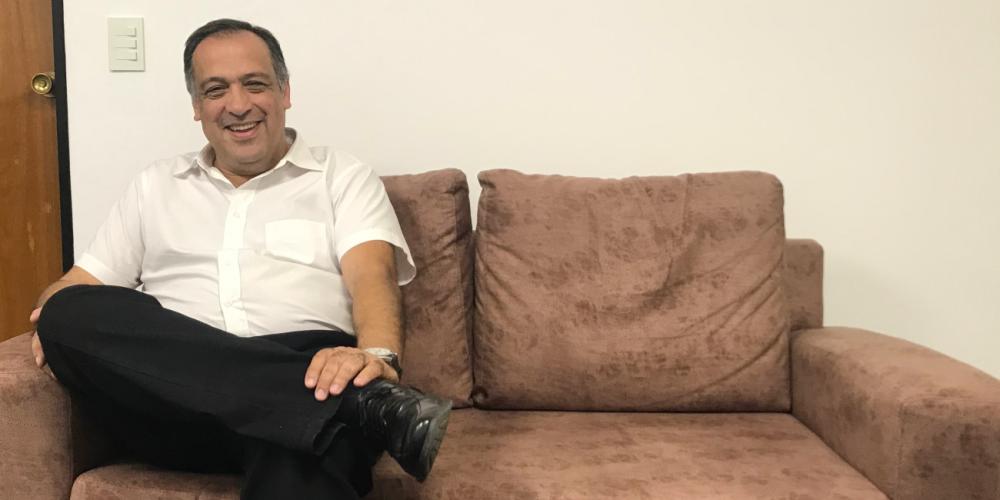 South American Division’s President Asked for Money. We Had None

But when we pledged to help the missionaries, God surprised us with a miracle.

By Horacio Rizzo, as told to Andrew McChesney, adventistmission.org

The plan was ambitious: to send 25 missionary couples from South America to share the gospel in the countries of the 10/40 window.

I listened intently as Erton Köhler, president of the South American Division, presented the “Missionaries to the World” initiative to about 80 other Seventh-day Adventist leaders from across South America at the division’s headquarters in Brazil’s capital, Brasilia, in November 2014.

Pastor Köhler spoke about the immense challenges that the Adventist Church has faced in North Africa, the Middle East, and other parts of the 10/40 window, populated by two-thirds of the world’s people but only 1 percent Christian. He mentioned a lack of financial and human resources.

The South American Division could help by sending 25 married couples and covering all their expenses, including airfare, food, and insurance, for five-year terms. It was an expensive project.

Pastor Köhler invited his listeners to support the initiative financially. Each of us served as the president of a conference or mission in the South American Division. I was the president of the Central West Argentine Mission, a small territory with little money. We were dependent on the Argentina Union Conference to make ends meet.

Pastor Köhler suggested that our contribution be determined by how many members we had. If we had a certain number of members, we should donate a certain sum.

But not all conferences and missions have the same financial situation, I thought. Another problem was a difference between the official church membership and the number of members who attend church regularly. In my mission, our official membership was 10,000 people. In reality, only 5,000 members went to church every Sabbath.

I had to make a pledge. My heart was pounded as I considered the issue. I knew the suggested contribution was very high in comparison with the size of our budget. The mission treasurer was not with me to ask whether we could afford it. I didn’t have much time to weigh the matter.

With a prayer of faith, I pledged to donate the suggested amount for a territory with 10,000 members.

Then I texted the treasurer, “This is what we have to do.”

He immediately texted back, “OK.” He also wanted to support the project.

A big surprise awaited me back in my office two weeks later. I learned that a church member had returned an unexpectedly large tithe after selling a property. The size of the tithe was three times more than the amount of money that we had given to the South American Division’s missionary initiative.

We hadn’t known anything about the property sale. It was a wonderful surprise for us!

The first person who benefits from the act of giving is the giver. I believe that the South American Division’s initiative blessed the people of the Central West Argentine Mission most of all.

Horacio Rizzo served as president of the Central West Argentine Mission for nearly three years before being appointed president of River Plate Adventist University (Universidad Adventista del Plata) in Argentina in October 2016. Three couples serving as missionaries in the 10/40 window graduated from the university. Thank you for your mission offerings.

God Miraculously Provides 4,000 Euros in Portugal We had no money, but we ordered the railings for the VitaSalus Wellness Center anyway.