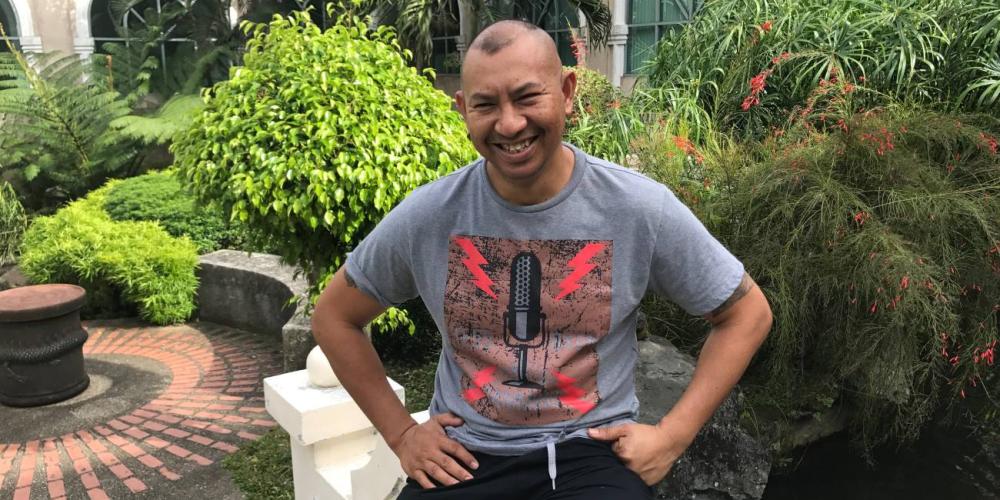 The second and fourth commandments catch the attention of the East Timor business owner.

Zelindo João Lay was a troublemaker in East Timor.

He loved to drink, smoke, and gamble. He got tattoos and started a street gang.

He went to church every Sunday but felt miserable.

At the age of 31, Zelindo suddenly was overcome with an irresistible desire to read the Bible. He didn’t own a Bible, so he texted his sister in Surabaya, an Indonesian city located 900 miles (1,400 kilometers) to the west.

“Can you buy a Bible and send it to me?” he asked.

Frustrated, he knelt and prayed, “God, I want to understand Your Word, but I don’t know how. Please send Your Holy Spirit to guide me.”

Then he read the Bible a fourth time — and prayed for the Holy Spirit every time he opened the book. To his astonishment, he began to understand what he was reading, and he noticed many new things. He stopped at the second commandment in Exodus 20:4-5, where the Lord says, “You shall not make for yourself a carved image — any likeness of anything that is in heaven above, or that is in the earth beneath, or that is in the water under the earth; you shall not bow down to them nor serve them” (NKJV).

“Why do we have carved images in my church?” he wondered.

He kept worshipping on Sundays and reading the Bible every night for three years. He also got married and opened two shops.

One day, a Seventh-day Adventist, Thomas Lopes, entered one of his shops and sold him a book called “The Almost Forgotten Day” by evangelist Mark Finley.

Zelindo was shocked to read that Saturday is the biblical Sabbath. He found Thomas’ phone number written in the back of the book and asked him to return to the shop.

When Thomas arrived, Zelindo immediately demanded, “Why does this book say Saturday and not Sunday?”

Thomas didn’t give a direct answer.

“Read the Bible, and allow the Holy Spirit to answer you,” he said.

Zelindo read the Bible again. When he reached the New Testament, he read in Matthew 28:1, “Now after the Sabbath, as the first day of the week began to dawn, Mary Magdalene and the other Mary came to see the tomb.”

Then he had the answer. The Bible describes Sunday as the first day of the week. The next Saturday, he closed his shops and attended the Saturday morning service at his church.

After a few weeks, the priest approached Zelindo after the Saturday morning service.

“Why do you come to church on Saturday instead of Sunday?” he said. “I see your wife and child on Sundays.”

“My understanding is Saturday is the right day of worship, not Sunday,” Zelindo said.

Zelindo felt increasingly uncomfortable at his church. Every time he entered, he passed carved images. He knelt before them and asked, “God, is it OK to have these in church? Do you allow carved images?”

One day, he read Isaiah 42:8, which says, “I am the Lord, that is My name; and My glory I will not give to another, nor My praise to carved images.”

The words filled him with fear. He realized that God forbids the worship of carved images, and he decided not to worship them anymore.

He telephoned the priest, “I need your help. If you don’t help me, I will leave the church.

When the priest arrived at his home, Zelindo asked many questions about carved images and the Sabbath.

Zelindo wasn’t convinced. After reading the Bible many times, he understood that belief must be backed up by action. He got baptized into the Adventist Church.

Four years later, he is a prominent church member in East Timor, and he has led many people to baptism.

Ted Wilson to Raise Issue of Sabbath Exams in Uganda Adventist Church president discusses Sabbath exams and Valentine’s Day at start of a four-day visit to the African country.

Give So They Can Go The money used to support missionaries was running out. When the church was nearly forced to call its missionaries home, Adventists stepped up. They accepted the challenge of the mission offering. Flooding the World with Hope A floating church welcomes new members in the Amazon river, a Waldensian student working in a closed country, and a unique church plant among the Gypsy (or Roma) community in Romania. The Day Beirut Exploded It was a Tuesday afternoon and Fatima, a Syrian mom from Aleppo, had convinced a friend to change her plans for the day. She didn’t realize how crucial that decision would turn out to be. The Art Space Pastor Andres Flores shows The Art Space, an Urban Center of Influence reaching children inside one of the busiest malls. Tithing 100 Cows Turning potatoes into porcupines facilitates mission in Georgia, a man tithes 100 cows in Tanzania, and the sights and sounds of Chicago, Illinois. Mission Unusual Tokyo A Pioneer Life for Me A Global Mission pioneer in Botswana tells his story.