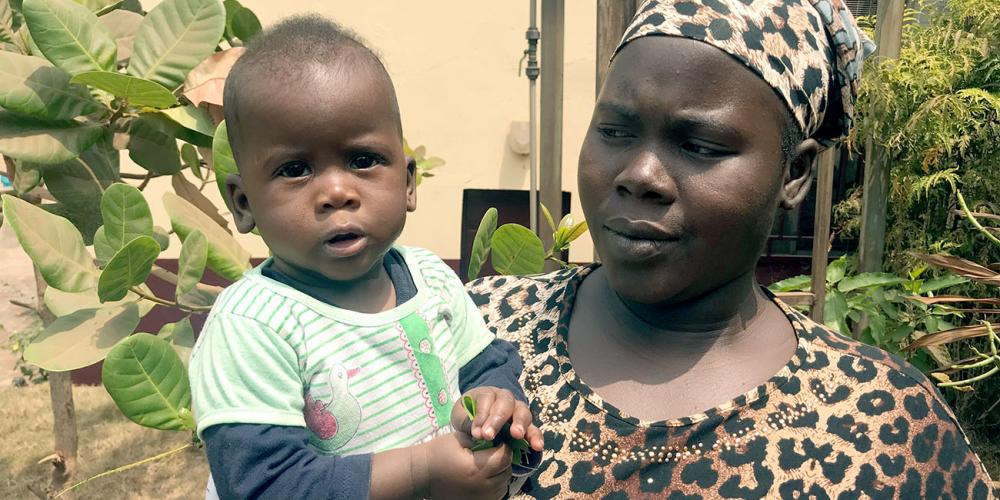 Fanta Camara was excited when she noticed a small bump on her belly.

But as the bump grew bigger, she began to feel ill. She felt so terrible that so she went to the big hospital up the road from her house in Conakry, capital of the West African country of Guinea.

A medical doctor examined her belly carefully. He ran tests. He shook his head.

But Fanta wasn’t sure that the doctor knew what he was talking about. She asked a relative, who was a nurse, to take a look. The relative examined Fanta’s belly.

“You are pregnant,” she said. “There is a baby in your belly.”

Fanta beamed with joy. She knew that she was expecting a baby. But she still felt ill, and the relative wasn’t sure how to make her feel better. Fanta went to another hospital for help. The doctor examined her belly.

Fanta didn’t like the announcement, so she went to a third hospital. The doctor examined her belly.

“You are pregnant,” he said. “There is a baby in your belly.”

But he didn’t know how to help Fanta.

As the weeks passed, Fanta’s health worsened. Her feet hurt so badly that she could barely walk.

Five months after Fanta noticed the bump on her belly, a stranger appeared in her bedroom one evening. Fanta looked up from her bed and saw the stranger had the feet and legs of a man. But above the waist, he had the chest and face of a leopard. Fanta was scared.

Then he turned and seemed to walk out of the room through the wall.

The next night, the stranger appeared in the bedroom and gave Fanta the same message.

“You will not have that child in your belly,” he said.

Every night he came to Fanta with the same message.

A year passed. Two years. As the third year started, Fanta was still pregnant, and she felt miserable and helpless. Then she remembered Tranqulle Fassinadouno.

Fanta was not a Christian. No one in their neighborhood was a Christian except Tranqulle, who lived a few houses away. She had ignored Tranqulle because she, like all the other neighbors, didn’t like Christians. But now she was desperate.

Tranqulle, a Global Mission pioneer, was astonished to hear about the two-year pregnancy. He had never met a woman who was pregnant for more than nine months. But he had heard about evil spirits.

He prayed and fasted for three days, asking God for wisdom.

Then he went to Fanta. Opening his Bible, he read Ephesians 6:12, which says, “For we do not wrestle against flesh and blood, but against principalities, against powers, against the rulers of [a]the darkness of this age, against spiritual hosts of wickedness in the heavenly places” (NKJV).

“Dear God,” he prayed, “send your Holy Spirit to take complete control of this family.”

Turning to Fanta, he said, “If you see that evil spirit again, just command it to leave in the name of Jesus.”

That night, Fanta was lying in bed when the evil spirit appeared. Before he could speak, Fanta said, “Leave in the name of Jesus Christ.”

The evil spirit immediately disappeared in a cloud of smoke, never to return.

“I believe in Jesus now,” Fanta said. “I hope God will help Oumou to be useful to others and to serve Him when she grows up.”

Part of the Thirteenth Sabbath Offering in third quarter 2020 will help people in Guinea and elsewhere in the West-Central Africa Division learn about Jesus.

And a Teen Will Lead Them A teenage girl is instrumental in educating villagers about health. In India, programs set up by ADRA have been a huge benefit to the people.