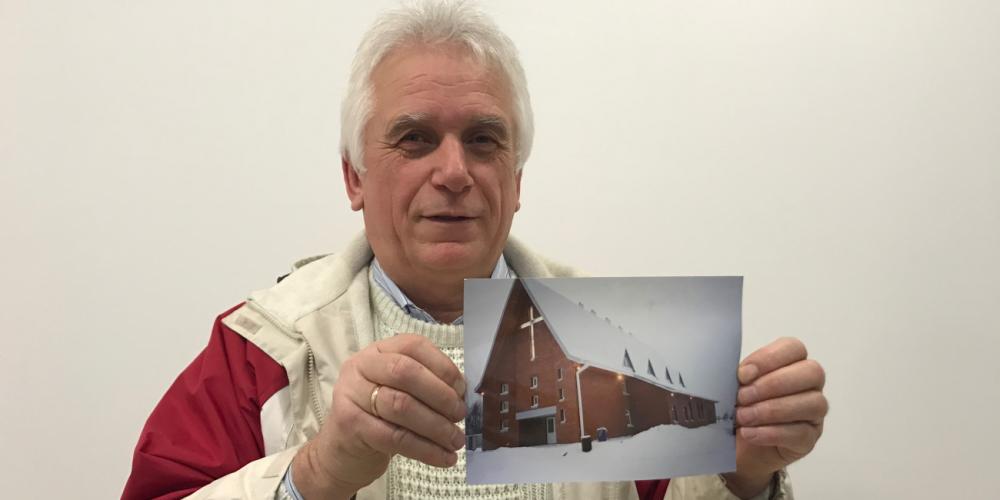 But he’ll always remember the miracle church in Arkhangelsk.


Construction company chief Vladimir Vladovskyy knew it would take a miracle to build a Seventh-day Adventist church in the northern Russian seaport of Arkhangelsk.

He had no blueprint for the project. He had only a few summer months to build the church. And a senior city administrator had vowed not to sign the paperwork.

So Vlodovskyy secured a blueprint for the church’s foundation and started work.

“Summer is very short in Arkhangelsk, and we didn’t have time to deal with bureaucracy,” said Vladimir, a Ukrainian native who has built 22 Adventist churches and other church facilities in Russia, Ukraine, and Mongolia over the past 22 years. “So we started building.”

After laying the foundation, Vladimir received the blueprint for the second stage and put his construction crew to work on the walls. Then came the next blueprint and the roof.

Remarkably, no one from the city government tried to stop the construction. The city, whose name means “Archangel” in Russian, has a population of 350,000 and a history that stretches back to before the Vikings.

City leaders noticed, of course, that the church was going up. Several expressed surprise that the Russian Orthodox Church was waiting for months as it sought permission to build a new church but the Adventists had decided to raise their church without a single permit.

Vladimir, however, had not forgotten about the official paperwork, which the Adventist Church needed to open the church. He had visited City Hall before starting work, and a city administrator had declared sternly that he would never sign a single document.

The exterior of the church was completed before the first snow fell in September. The church’s interior was finished in December.

Vladimir returned to the city administrator to ask for the documents. He didn’t know what to expect. But he felt at peace, knowing that he had prayed daily during construction and that the weather miraculously had stayed warm long enough to finish the church.

The city administrator didn’t way a word. He simply signed every document.

“In the end, he signed everything,” Vladimir said. “I don’t know why. It was a miracle.”

Church leaders spoke highly of Vladimir’s participation in the church’s mission in the Euro-Asia Division, whose territory covers much of the former Soviet Union.

“Vladimir’s contribution to the division-wide program in the Euro-Asia Division is of inestimable value,” said Ted N.C. Wilson, president of the Adventist world church, who has known Vladimir for more than two decades. “He, along with so many team members, has helped put in an infrastructure that wasn’t there before. God has used him and so many others to help people find a true church home in a part of the world where having a building is so connected with having an established religious experience.”

“If he takes on a project, you can be sure that it will be completed — and completed well,” he said. “That is an attribute that makes him stand out from all the rest.”

Vladimir, a third-generation Adventist who restored old buildings for a state construction company during Soviet times, said he has encountered many miracles since he first teamed up with the Adventist Church by constructing the Euro-Asia Division’s headquarters in Moscow in 1995. Currently, he is in the process of building churches in Krasnoyarsk, Tomsk, and a third Russian city.

But no miracle has been quite as remarkable as the one in Arkhangelsk in 1999, he said in an interview in Ukraine’s capital, Kiev.

“We built a church without a blueprint and without permission,” he said.

Jailed for Manslaughter in Alaska Tony Pouesi finds God in jail and now leads a street ministry in Anchorage.

Reaching Boys Through Soccer Church leaders hope to make inroads by developing programs such as the soccer team.