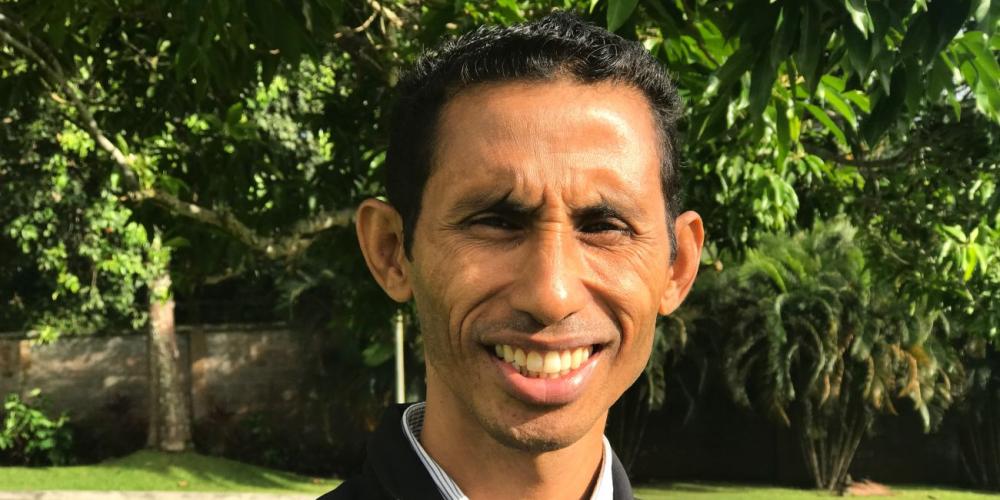 East Timor villagers planned to badly beat the Pathfinders and perhaps even kill them.

The Pathfinders were going on a serious trip. They wanted to find three girls whose parents had forbidden them from attending church on Sabbath.

An hour later, the Pathfinders arrived at the village of Remexiu, where the girls lived. The Pathfinders marched and did several drills. They passed out tracts about Jesus to the villagers. They found the three girls and prayed with them.

“Please, God, bless these girls and help them always to be faithful to You,” he said.

The girls were happy to see their friends, the Pathfinders. The girls also were Pathfinders and had been baptized while studying in Dili. But when they returned home, their parents had been furious about their decision to follow Jesus and told them that they could not worship on Sabbath.

Soon it was evening, and Pastor Inaciu called for the trucks to take the Pathfinders back to Dili. The group waited and waited, but the trucks didn’t come.

“Where are the trucks?” Pastor Inaciu asked the young man responsible for the trucks.

“The owner doesn’t want to take you to Dili,” the man replied.

“Why not? We need to take the Pathfinders back to Dili. Their parents are waiting.”

Pastor Inaciu learned that the truck owner was scared to take the Pathfinders back to Dili.

Several parents were angry that the Pathfinders had come to the village and had threatened to beat up the truck owner. So, he didn’t want to help anymore.

Pastor Inaciu gathered the Pathfinders around him.

“Let’s pray and go back by foot,” he said. “It will take us about seven hours.”

As he spoke, a group of scowling villagers carrying sticks approached the Pathfinders. Hearing that they planned to walk to Dili, a villager snarled, “No, you cannot go!”

Another villager pointed his stick at Pastor Inaciu. “Let your leader come and meet with us,” he said.

The villagers only insisted with greater determination that he go with them.

“Wait here,” Pastor Inaciu told the Pathfinders. “I need to go talk with these people.”

As he left, the Pathfinders sat down in the middle of the street. Huddling together, they closed their eyes reverently to pray.

As they took turns praying, they heard a crowd of people coming toward them. The voices were angry and threatening, but the Pathfinders kept their eyes closed and prayed. Suddenly, the tone of the voices changed from anger to dismay. The sound of pounding feet indicated that the crowd was running away.

A while later, Pastor Inaciu returned to the Pathfinders with food and two trucks. The villagers had prepared a big meal for the hungry Pathfinders and had rented two trucks at their own expense to send them home.

Pastor Inaciu only learned later what had changed the villagers’ hearts.

The crowd of villagers had planned to badly beat the Pathfinders and perhaps even kill them as they sat praying on the road. But as the villagers had approached the praying children with their sticks, they had suddenly seen a group of strong men in long white robes standing around the Pathfinders. The unexpected appearance of the powerful protectors had shocked the villagers.

“We were afraid,” one villager later told the pastor. “We saw the white robed people protecting the Pathfinders, and we were afraid and ran away.”

“The young people became more faithful because of what God did,” said Pastor Inaciu, currently the executive secretary of the Seventh-day Adventist Church in East Timor. “God protected them with angels while they prayed.”

Adventist Leaders Tout House-Churches as Way to Reach Non-Christians The house-church model is called important at a time when many view the traditional church negatively.

My New Boss Didn’t Act Like Other Bosses He led me to the Adventist Church and then asked me to be his wife.