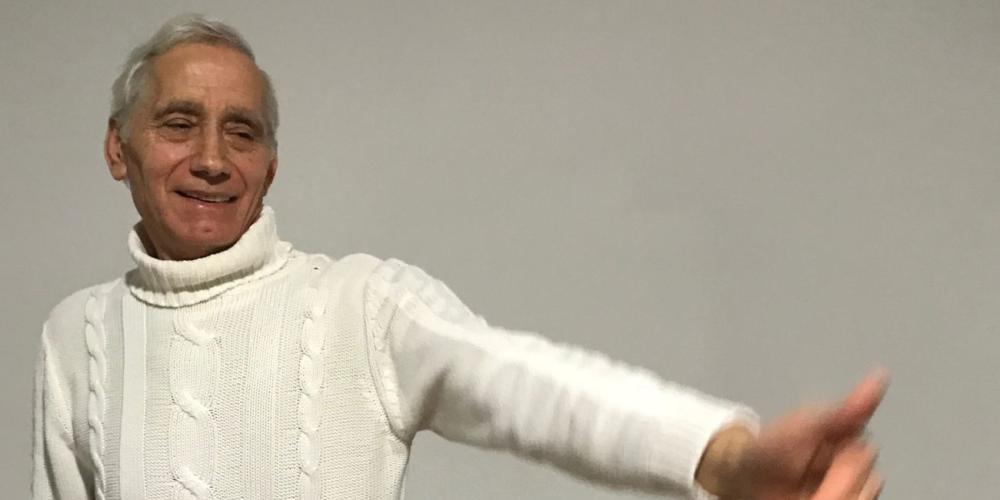 The reason for my hope are miracles involving a knife and an old apple tree.

By Daniel Gatan, as told to Andrew McChesney, Adventist Mission


My wife has stopped attending the Seventh-day Adventist Church.

But I have not given up hope.

Let me share two stories that help explain why.

During repressive Communist times, a woman in my home country, Romania, learned about the Adventist Church and began to attend Sabbath services regularly. This infuriated her husband.

“Where are you going at the same time every Sabbath?” he asked.

“Honey, I am going to the Adventist church,” she said.

“I already know that,” he snapped. “You can keep going, but under one condition: You cannot be baptized. I don’t want to hear that you’ve been baptized, or I’ll kill you.”

As the woman read the Bible and learned more about Jesus, she became convicted that she needed to take a public stand for Jesus through baptism. She attended baptismal classes without telling her husband. When the pastor made an appeal for baptism, she approached him privately.

“Pastor, I want to be baptized, but I have a problem,” she said, and told him about her husband’s strong opposition.

The pastor was sympathetic. But he told the woman that this was a decision that she had to make on her own.

She decided to be baptized.

Church members surrounded the newly baptized people after the Sabbath ceremony. They offered hugs and colorful flowers. Everyone was smiling except for the one woman. She was sad because she wasn’t sure how her husband would react.

She didn’t have long to wait. That afternoon, she found her husband in the front yard when she returned home with flowers in her arms. He was sitting at a wooden table with a sharp knife sticking out of the top.

“Where are the flowers from?” he asked.

“I was baptized today,” she replied.

His face turned purple with rage.

“Did you not believe me when I told you that I would kill you if you were baptized?” he said.

He pulled the knife out of the tabletop.

“Get ready to die,” he said and lunged at her.

His wife fled to the back of the house, where the couple had a garden. Her husband caught up to her in the cornstalks. As he raised the knife over his head, the woman begged for one last wish: to pray.

The husband agreed and watched as his wife knelt to pray. He loomed over her as she spoke to God, holding the knife high above his head.

Suddenly, the knife blade silently slide out of the handle and fell harmlessly to the ground.

The man’s face turned pale. His whole body began to tremble, and he fell to the ground beside the knife blade.

His wife jumped to her feet and helped him up. Wordlessly, they went into the house together.

After some time, the husband was baptized. God changed the husband’s heart.

A similar story happened in my native Teleorman county in southern Romania, also during Communist times.

Stan, a farmer, grew furious when his wife decided to go to church. As punishment, he stopped giving her any spending money.

“We are a disgrace in our village because of you,” he told her.

One Sabbath morning, the woman asked her husband for some money to put into the offering plate. Shaking with anger, Stan grabbed his wife by the arm and led her to the backyard. He took her to an old apple tree that had never borne fruit.

From that moment, she prayed for the tree. She put the matter into God’s hands.

When spring arrived, pink and white apple blossoms appeared on the tree’s branches. The old tree’s limbs grew heavy with big, fragrant apples. It bore more fruit than any other fruit tree in the yard.

Stan stopped hounding his wife about the Sabbath. He sold the apples and gave her the money for offering. After the apple proceeds were gone, he continued giving her money every Sabbath, even when she didn’t ask for it.

A few years passed, and the wife died. Stan missed his wife dearly, and he started attending the church every Sabbath. After a while, he was baptized.

If God can change two husbands, I know He also can touch my wife’s heart. I can trust in God even when all hope for my wife seems lost.

Daniel Gatan, 68, is a retired construction worker from the village of Plosca in Teleorman country, Romania. He now lives in Bucharest, where he leads baptismal classes at Cuza Voda Seventh-day Adventist Church.

Adventist Students in Kenya Celebrate Sabbath Victory The court ruling excuses Adventist students from classes and other activities on Saturday.