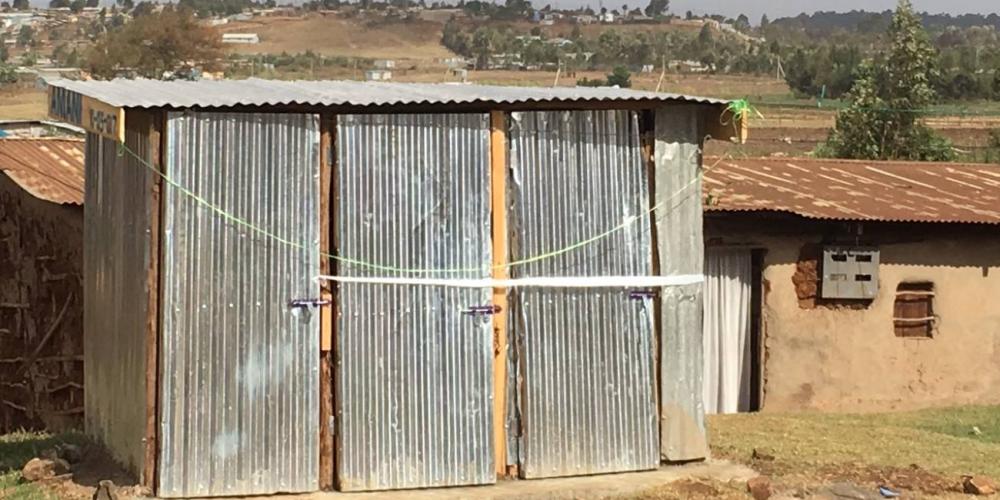 In Kenya, Adventists Pray for 400,000 Baptisms This Year


More than 4,000 evangelistic meetings are being held across Kenya as part of a Total Member Involvement initiative that church members are praying will result in 400,000 baptisms this year.

The large number of baptisms would boost church membership in Kenya by about 45 percent in a single year — an outcome that church leaders said would only possible through the blessing of the Holy Spirit and the active involvement of each of the country’s 866,000 Adventists in sharing Jesus with others.

This kind of Total Member Involvement (TMI) is already a reality in Kenya, said Ramon Canals, a TMI coordinator with the Seventh-day Adventist world church.

“During the day, they are doing work in the community, cleaning the city, providing medical assistance, building houses for the poor, donating wheelchairs, and much more,” said Canals, who is in Kenya.

“At night, they preach the Word of God,” he said by e-mail. “Their goal is to baptize over 400,000 by the end of the year. To achieve this goal, they plan to involve every church member in some type of mission activity.”

TMI, a world church initiative that encourages every church member to share Jesus, is responsible for propelling the church’s official membership past 20 million people last year, the church’s Office of Archives, Statistics, and Research reported earlier this month. A record 1.2 million people were baptized in 2016, including an unprecedented 110,000 following 2,000 TMI evangelistic meetings in Rwanda last May.

TMI evangelism spread to Romania, Ukraine, and several other countries in Eastern Europe and the former Soviet Union last month, and other global regions are gearing up to implement it.

The ongoing work in Kenya is a first step toward fulfilling a pledge by regional church leaders to expand Rwanda’s remarkable example across the church’s East-Central Africa Division, whose territory includes Rwanda and Kenya. Other countries in the division will start their own TMI programs later this year.

Canals, associate director of the Adventist world church’s Sabbath School and Personal Ministries department, said evangelistic meetings are just a part of church members’ efforts to reach out to their communities. In a typical example of TMI, he said, members of the Migori Central Church in the Ranen Conference are using their own resources to construct a house for a homeless widow, even though the property is in the Central Nyanza Conference near the port of Kisumu, more than 90 miles (150 kilometers) away.

Church members are so enthusiastic about TMI that they have created subcategories such as TCI, TSI, and THI, he said.

In an illustration of TCI (Total Children Involvement), children at a local Adventist school have sprung into action to assist needy children at a larger public school.

“The students of the Adventist school, supported by parents and teachers, went to the public school, bringing a bus loaded with uniforms, clothes, and food for the needy children,” said Canals, who accompanied the children to the school. “Then they stayed for a few hours on the public school campus, interacting with the children. Every Adventist student was encouraged to make one new friend from the public school, learn their names, and pray with them. It was a touching sight.”

“We acknowledge that every member of the church, including children, must be involved in God’s work,” Sarah Wekesa, the church’s director of children’s ministries, said in an interview with Hope Channel.

“As you can see, they are having fun with the TMI concept and, more important, they are making it a reality to impact people’s lives for eternity,” he said.

Adventist Church president Ted N.C. Wilson said his “heart was so thrilled and overwhelmed” at the TMI news from Kenya.

“It is amazing how the Holy Spirit is inspiring lay members to do so many things in TMI,” Wilson said. “I love all the derivatives of TMI. This is fantastic and an indication of the Holy Spirit's leading and guiding.”

Canals said he is convinced that TMI is God’s way of saying, “My children, I am about to wrap things up on this planet. Tell others about me in a tangible way. Tell them about my love and the plans I have for their future.”

“I praise the Lord because church members in Kenya are moving TMI to a new level,” he said. “In the process, they are bringing hope to the hopeless.”

March 18 - Two Great Loves God can use anyone and anything for his purpose, including a boy and violin! Let's see how this young musician is making a big difference in his community.