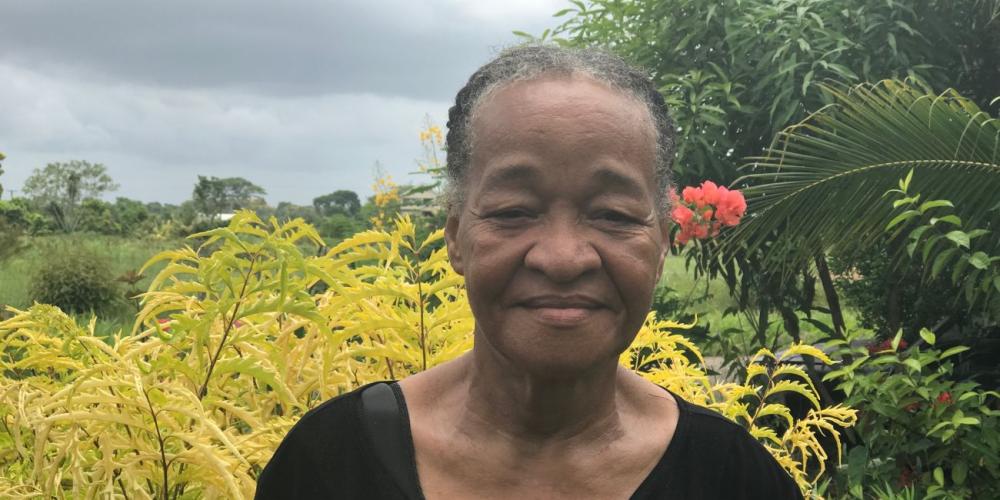 Sadie McKenzie worried what her husband, Marcus, would say when he found out that she wanted to be baptized at an evangelistic series in the Central American country of Belize.

She had attended the meetings every night, but Marcus had refused to go. She knew he wouldn’t like her decision because it meant she would stop dancing, drinking, and going to parties with him.

Sadie waited until Thursday night, two days before her baptism, to break the news. She knew just when she wanted to make the announcement. Marcus always stretched out an arm after lying down in bed, and Sadie always rested her head against it. So, Sadie waited until her head was comfortably resting on his arm before speaking.

“I’m going to be baptized on Sabbath,” she said, softly.

Marcus immediately yanked away his arm, and his face darkened with anger.

“I’ll leave you,” he said. “If you get baptized, you’ll have to live with the Adventists.”

He raged for a while, and Sadie listened until he paused. Then she spoke.

“If you leave me, God is going to make me happy without you,” she said.

Marcus didn’t say another word and rolled over to sleep.

The next day, Marcus grumbled about the trials that he thought he would face with an Adventist wife.

Sadie said, “If you don’t want stale food, I will make you food that will keep.”

The answer didn’t satisfy him. “If you go through with this, I’ll beat you the next time I see you,” he said.

Sadie was scared, and she asked people at the evangelistic meetings to pray for her. She also prayed for God’s protection.

Marcus wasn’t home when she returned from her baptism on Sabbath. But her heart began to pound when he walked in the front door. She was sure that he was going to beat her.

Instead, Marcus hugged her and said, “So, you’re a new woman now.” He quickly added, “I will never go to the Adventist Church as long as I live.”

“That’s your choice,” Sadie replied. “God gives everyone freedom to choose. But when you get to the end of the road, don’t blame me. I showed you the way.”

Life went on as normal after the baptism except Marcus complained about his Sabbath meals. He wanted Sadie to cook for him on Saturday and accused her of disobeying him. He refused to eat the food that she prepared and instead went to a bar near the Adventist church to eat. He also drank there while she was in church and greeted her with a drunken hug when she walked past on her way home.

Sadie prayed for God to touch her husband’s heart. She began ironing his best clothes every Friday so he would have something to wear to church.

One Friday, Marcus agreed to go to church the next day. But that night he went to the movies and then a bar.

Shortly after he returned home, a powerful earthquake shook the house. Marcus was terrified, and he fell to the floor. “God,” he cried out. “Spare my life and give me a second chance.”

Sadie spoke sternly to her husband.

“Just like when the earthquake comes and no one knows it’s coming, Jesus also will come,” she said. “You won’t be prepared.”

The house shook for what seemed like an eternity, and Marcus cried the whole time. A neighbor saw him crying through the house’s open door.

When the earthquake stopped, Marcus began to have second thoughts about church.

“I’m not going to church because people will say I came because of the earthquake,” he said.

A short time later, an evangelistic series was held in the village, and Sadie invited her husband to go. But she found him drunk when she came home the first night. The second night he was drunk again. On the third night, she told him, “If you go with your friends instead of me, it means you love them more than me. If that’s your decision, you can stay with them.”

Marcus attended the meetings and went forward for the altar call. Sadie didn’t dare hope that he would be baptized until she saw him come out of the water. “I wept,” she said. “I couldn’t believe it.”

Sadie and Marcus became faithful church leaders in Belize. Sadie, who is now 63, has led six evangelistic campaigns that resulted in more than 50 baptisms. Hundreds more have joined the church through her and Marcus’ influence.

Part of the 2015 Thirteenth Sabbath Offering went to build a campground where the Adventist Church can hold regular evangelistic meetings in Belize. Thank you for your mission offering.

11-Year-Old Girl Touches Chaplain’s Heart Before Tragic Death “She showed me that it’s not about me. It’s about what we can do for others,” says Daniel Guiboshe.

No Way, God. I Won't Do This! Cheri Peters prayed to be a missionary as she watched a Mission 360º story at her local church. The Church Crushed My House When a friend asked me for a ride, something impressed me that I should bring my family along. While we were driving, a strong storm started that caused our wooden church building to collapse on top of my house! Baltimore Central Church Plant A newly planted Adventist Church continues on planting through small-group meetings and other activities. Fearless A fearless Global Mission pioneer works in Moldova, a health expo in Georgia, and overcoming barriers when working with people from different world views. He Called Us All When you face cultural barriers, what do you do? Learn important lessons from Oscar Osindo. Blind Church Reaching India’s New Middle Class India has become one of the global leaders in technology. With their new wealth, many of these young people are asking questions about life’s purpose and meaning. A Pioneer Life for Me A Global Mission pioneer in Botswana tells his story.