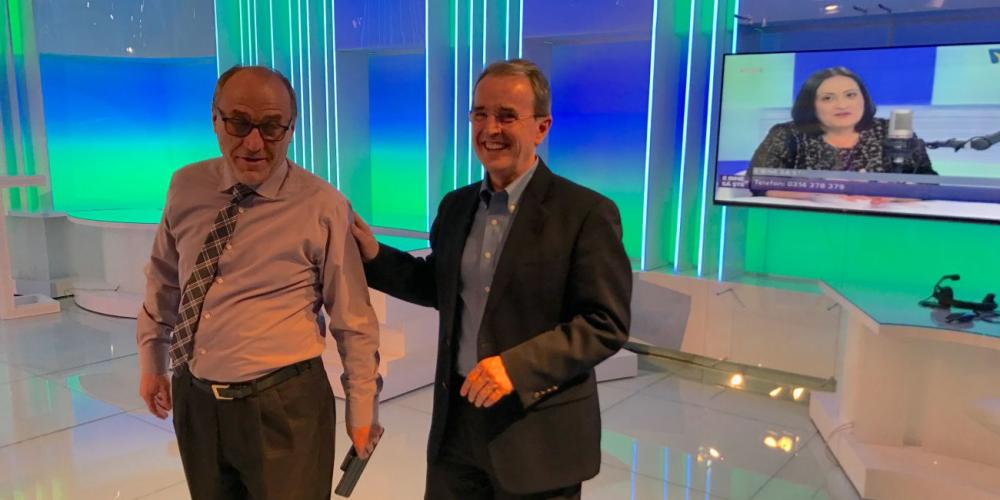 How a Romanian Town’s Church Grew From a Single Adventist

The Inter-European Division, whose territory includes Romania, had just established an Office of Adventist Mission, and their first project was the town, Maçin, located 140 miles (230 kilometers) east of the country’s capital, Bucharest.

A pastor was specially hired to work in the town of 8,000 people. But try as he might, he could not find a way to nurture church growth beyond the one member. After 18 months, he gave up.

“He called me and said, ‘We shouldn’t spend money for nothing. Let’s stop,’” said Paolo Benini, director of Adventist Mission for the Inter-European Division.

But the town’s single church member refused to quit. She told church leaders that she watched Speranta TV, the Romanian affiliate of the church-owned Hope Channel, at home and proposed carrying out a survey to find out whether townspeople were familiar with the channel.

The survey results surprised church leaders. A total of 28 percent of the population said they watched the Adventist channel.

Then the church member had another idea. She suggested a second survey on whether townspeople had any special requests about the channel’s programming.

After that survey, 21 people began attending prayer services regularly in the local Adventist church, Benini said. After a year, 19 of them were baptized.

“That’s the power of media and cooperation,” Derek Morris, president of Hope Channel, said upon hearing the miracle story during a tour of Speranta TV’s headquarters in Bucharest this week.

Benini related the story as Morris and other General Conference guests visited Speranta TV on the compound of the Adventist Church’s Romanian Union. The General Conference visitors are part of a team of hundreds of pastors and lay people leading Total Member Involvement evangelistic meetings across Romania this month.

Speranta TV has a broad reach in this East European country of 20 million people, whose population is about the same size as the membership of the Seventh-day Adventist world church. About 65,000 people watch the channel during prime time, a figure similar to the size of the Romanian church’s membership. Most viewers are not church members, channel managers said.

Ninety percent of Romania’s population has access to the channel.

Maçin is a miracle, too, said Benini, who also works as director of Sabbath School and Personal Ministries for the division. The town now has about 40 church members compared to just one person in 2012. This serves as a reminder that the Adventist Church must do more than sow through initiatives such as television programs, Benini said.

“We produce, produce, and produce but don’t harvest,” he said. “It’s time to harvest.”

‘I Was Expecting a Tall White Man’ What made the mission to Rwanda successful? Total Member Involvement

February 25 - 20 Days of Torture A family fled for their lives because they were Christians in a Middle Eastern country. As they have settled in another country, watch to see how their lives were impacted by this move.