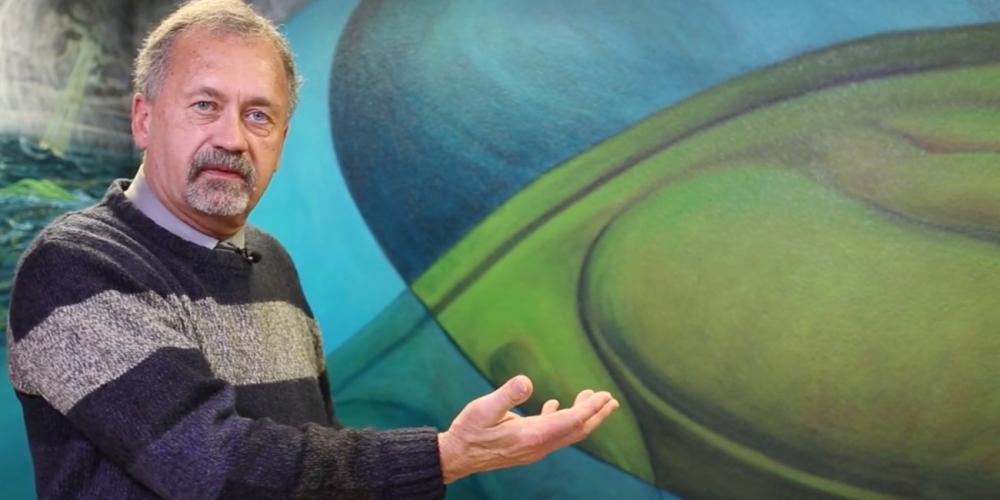 Some boys grow up obsessed with Superman and Batman.

Stan, raised by a single mother in southern California, viewed scientists as “open minded, hot-ball sources of information that would help the world.”

“I guess I thought they were super-human,” he said in an interview.

But his world was turned upside-down at the age of 19 when a geology professor professed to believe in God.

The professor, giggling, announced to the class that a Creationist guest speaker would make a presentation later that day. Then he looked guilty for giggling.

The declaration shocked Stan. He was aware of two key problems in evolution: that the fossil record doesn’t support evolution, and that scientists lack a reasonable biological mechanism to explain major evolution. In other words, scientists can’t explain how a microbe evolved into a microbiologist.

Stan also was open to the idea of God. His mother, a former Seventh-day Adventist, had sent him to an Adventist elementary school for a few years, but he had never attended church and had no interest in God.

The university students spent the rest of the class period plying the professor with questions. They learned that the professor was a theistic evolutionist, a person who believes that God exists but that the Earth was created through millions of years of evolution.

About a quarter of U.S. citizens subscribe to this belief today, according to the  latest polling data from Pew Research Center, and it is the official position of many Christian denominations.

Stan, still shocked, asked the professor, “Are you saying that the world and we came to be through natural causes, and then there was this Being across the universe who looked at us and said, ‘This planet will need a God. I will offer my services’?”

Stan was wondering to himself, “If God had nothing to do with us being here, then who is He? A giant space alien?”

The professor’s stance struck Stan as illogical. How could the professor put God, if He exists, in a secondary rather than primary position? Stan also was puzzled with the notion that an all-powerful God could be the source of death. Theistic evolution teaches that death was part of God’s original plan. Generations of animals had to die over millions of years to produce the creatures that inhabit the Earth today.

But Stan was most upset with the sudden realization that any scientist who dared question evolution would face a major fight.

“Scientists were not open minded as I had thought,” he said. “They were human.”

He didn’t want to fight, so he quit the university.

Six months passed, and one night Stan and his roommate, David L. Friend, had a frank conversation about their lives that ran into the early hours of the morning. Abruptly, David said, “Let’s sell everything that we have, and let’s find God.”

The next day, David asked Stan if he had a Bible. Stan found one in his room, blew the dust off the cover, and gave it to David to read. Seeing David reading the Bible impressed Stan, and soon he began to read it, too.

The day came when Stan decided to pray. He had not prayed since he was a little boy. He knelt by his bed and said, “Dear God, it looks like David and I are looking for you. Will you help us? Amen.”

The prayer, Stan later said, was probably the most powerful prayer that heaven has ever heard from him.

Over the next few weeks, God grew bigger and bigger in the two men’s lives as He answered many small prayers, Stan said. For example, one day Stan told David, “Let’s sell our sofa,” and immediately they heard a knock on the door. Outside, a neighbor asked, “Excuse me, do you have a sofa for sale?”

“A lot of little things like that delighted us,” Stan said. “We realized God could see us and was involved in our lives.”

Explore the Creation Study Center from GleanerNow on Vimeo.

Preaching About the Creator

Stan soon decided to study religion, and he boldly walked into the admissions office at Adventist-owned La Sierra University in Riverside, California.

The registrar laughed and helped him to enroll. Two years later, he graduated with a degree in theology.

For the next 38 years, Stan served as a pastor in California, Idaho, and Washington state. His mother attended one of his churches and gave her heart to Jesus.

Stan never lost his love for science, and he has been an outspoken advocate of the biblical six-day Creation week on television series on Hope Channel and 3ABN. He also gives presentations at churches, schools, and universities, and directs the North Pacific Union Conference’s Creation Study Center in Ridgefield, Washington, a position he has held since 2016. His old roommate David, now a Seattle-based artist, painted several murals in the Creation center.

Stan said Creation is a key part of the God’s message to a world that is fast forgetting its Creator. He pointed to Pew research that indicates an increasing number of U.S. citizens have no knowledge of Creation.

“As I have developed my thinking through the years as a pastor, I’ve come to realize how central a belief in Creation is to our last-day message,” he said. “It is central in the first angel’s message.”

The first angel said in Revelation 14:7, “Fear God and give glory to Him, for the hour of His judgment has come; and worship Him who made heaven and earth, the sea and springs of water” (NKJV).

“Adventists are pretty much the last Creation-believing denomination, and I am proud to be associated with it,” Stan said. “It’s our mission specifically to preach about the God ‘who made heaven and earth, the sea and springs of water.’ I like to turn up the volume on the first angel’s message.”

Stan, now 65, intends to keep the volume turned up as long as God gives him the strength.

“The problems in both science and Scripture are immense, but it takes less faith to believe in Creation than evolution,” he said. “We do not have all the answers, but it is OK. God will reveal what we need to know.”

A video that the Geoscience Research Institute released to celebrate Creation Sabbath:

The Hole-English from Geoscience Research Institute on Vimeo.

Zelindo's Dream Timor Leste is the newest nation of the 21st century. Watch how God has been calling faithful leaders in this remote area of the world.