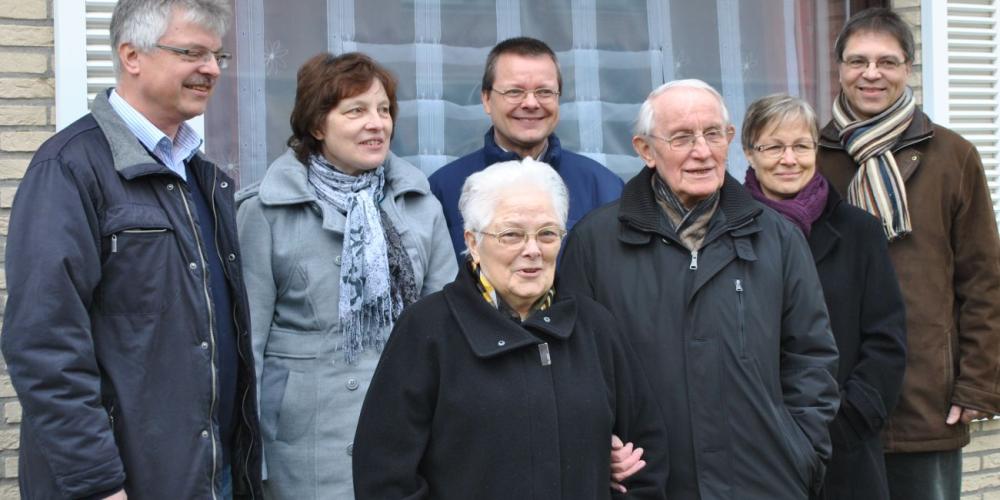 Three generations in Germany are faithful Seventh-day Adventists because, through a mistake, the patriarch of the family pursued pastoral studies for two years before his Adventist teachers realized that he wasn’t baptized or even a Christian.

The patriarch, Fritz Hartmann, and his older sister lived for a while with relatives in their native Schlesia, a region of Germany that is now part of Poland, during World War II. Their mother had died when Fritz was 9 and their father had been drafted into the Nazi forces.

Then the relatives fled to another part of Germany, and the two teenagers moved from house to house, staying with whoever would take them in.

Fritz was 15 when the war ended in 1945, and he and his 18-year-old sister found themselves homeless and penniless. Their father had been captured by Soviet troops and was imprisoned far away in the Soviet Union.

Fritz and his sister somehow made their way a couple hundred miles west to the home of an uncle and aunt in Germany’s state of Thuringen. The relatives, who were Adventists, were shocked to see the siblings and longed to help, but they had little means of their own. After Fritz unsuccessfully tried to find an apprenticeship for a year, they bought him a train ticket to travel about 100 miles (160 kilometers) north to Friedensau Adventist University.

“My father didn’t know what to expect,” said Friedbert Hartmann, one of Fritz’s five children. “He just went where they told him to go.” 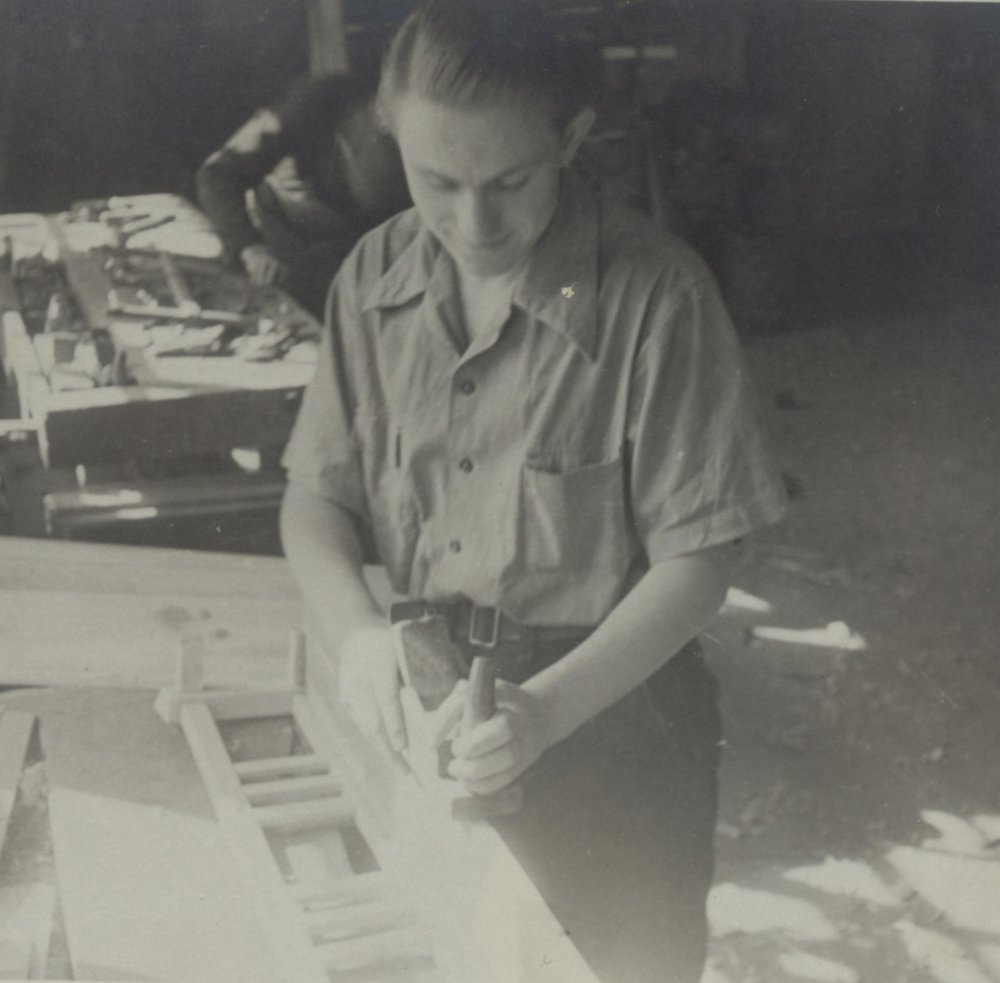 Fritz arrived on a war-damaged campus that was in the process of being rebuilt by young people like himself. He was good with his hands, so seminary leaders put him to work and provided him with lodging and food. When the seminary reopened, Fritz started attending classes with other first-year students.

“By default, all the young people who had been working were enrolled in the school,” said his son, Friedbert. “My father started pastoral studies without knowing it.”

A year passed. In the middle of the second year, a seminary leader was putting the students’ papers in order and asked Fritz for his date of baptism.

“I am not an Adventist,” Fritz replied, according to his son. “I am not baptized, and I am not even a Christian.”

Seminary teachers quickly placed Fritz into a special Bible study course, and he was baptized.

“And that’s how he became a pastor,” his son said.

Prayer for a Spouse

But that wasn’t the end of the story. Just as God led Fritz down an unusual career path, He also had a surprising plan for his marriage, Friedbert said.

As a young intern pastor in then-East Germany, Fritz visited a state hospital regularly to encourage and to bring food to an Adventist patient. The frequent visits were noticed by a young patient named Ruth, who had been hospitalized for four years with tuberculosis. Ruth, who had spent those years encased in a coffin-like cast, detested the greasy hospital food and longed for the fruits and vegetables enjoyed by the Adventist patient.

“I want food like that guy is eating,” she told the hospital staff.

The Adventist patient felt compassion for Ruth, and he told Fritz, “You should visit this young woman.”

The moment that Fritz walked into Ruth’s room and saw her for the first time, he prayed, “God, if she gets healthy again, I want to marry her.”

Ruth, who had grown up in a non-Christian home, had never prayed in her life. But when Fritz entered her room, she prayed, “God, if You exist and I get healthy, I want to marry this man.”

“God twinkled, and their prayers were answered,” their son said.

Ruth regained her health and was baptized. Later, she and Fritz were married and had five children, all of whom are faithful Adventists. Two of them work for the church, including Friedbert, who also graduated from Friedensau and became a pastor.

Today, Friedbert is a 58-year-old father and the executive secretary of the Adventist Church’s North German Union Conference. His four children are Adventists, and three of them are employed by the church. His sister, left with the Adventist uncle and aunt, also become an Adventist.

While Ruth died a year ago, Fritz is 87 and remains healthy.

Friedbert said his family’s story offers a powerful illustration of how God draws people to Him.

“What I find remarkable is my father entered Friedensau just to survive, and he became a pastor,” he said.

“God meets people in different ways, always seasoned with a sense of humor, but I believe God wants to call everyone to Himself,” he said. “That’s what He did with my parents, each in an individual way.”

He said his parents’ love for God and the Adventist Church was a gift handed down to him and to his children.

“But while all of us grew up in an Adventist home, each of us has a personal story of faith,” he said. “God leads each person individually to Him.” 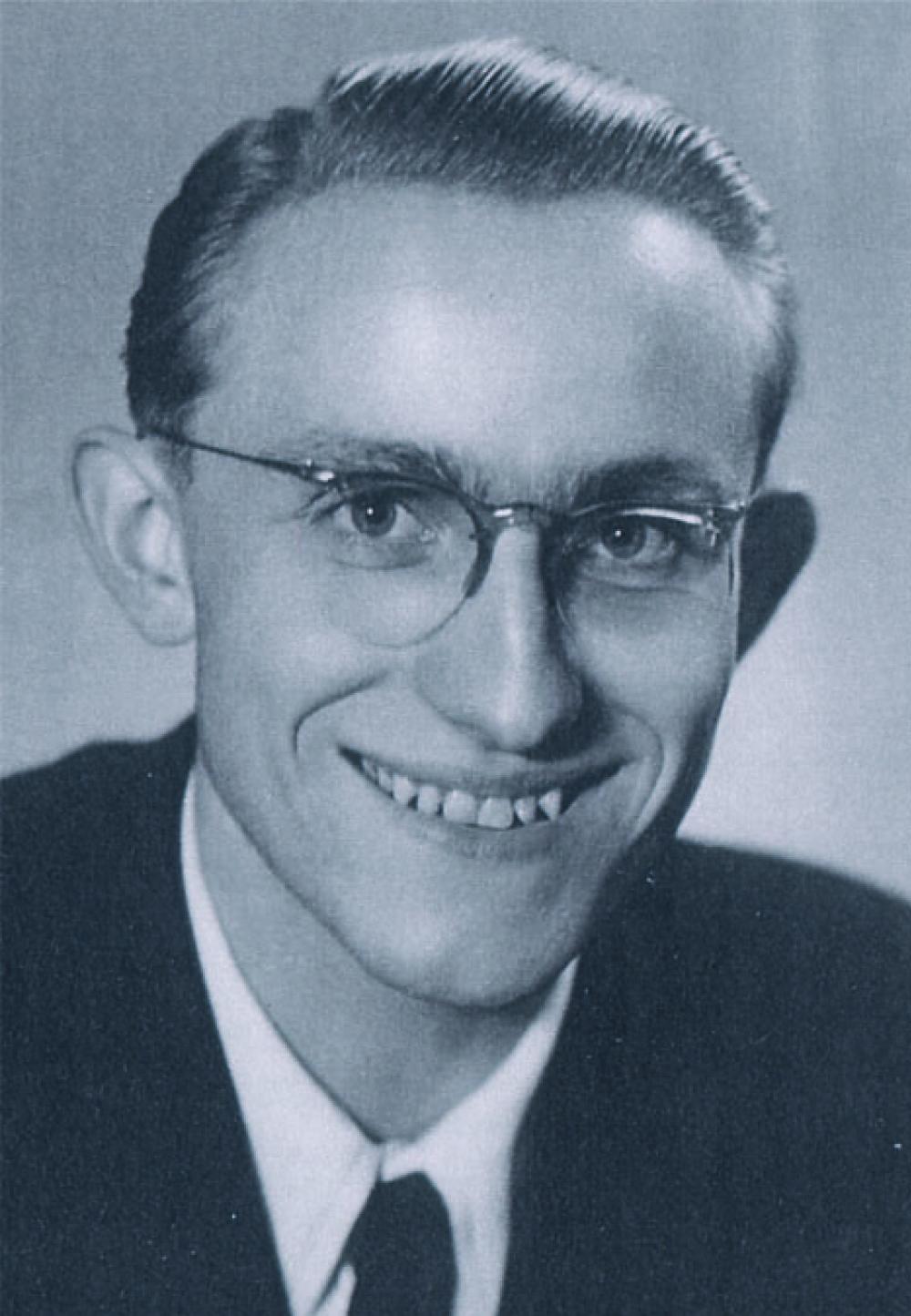 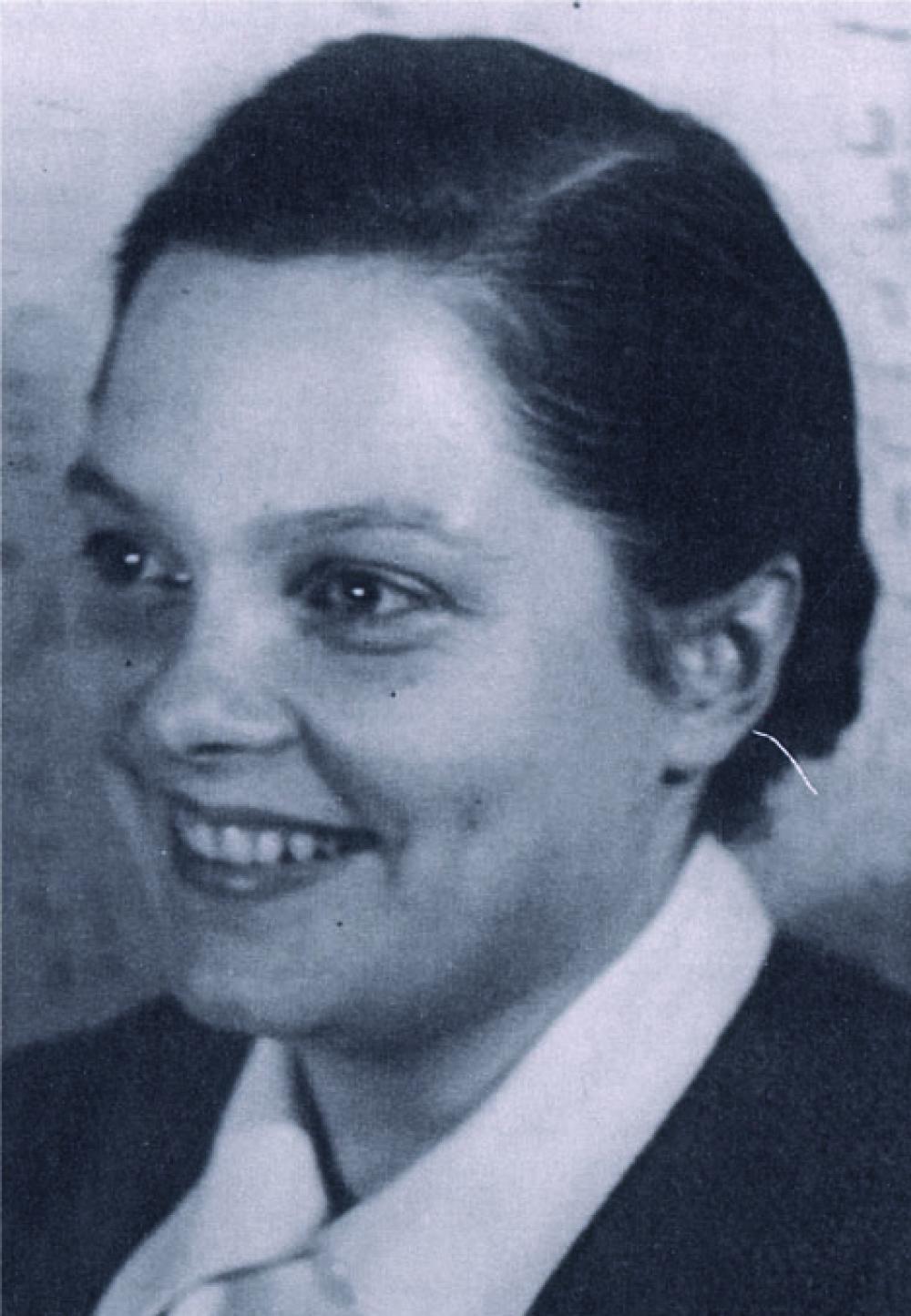 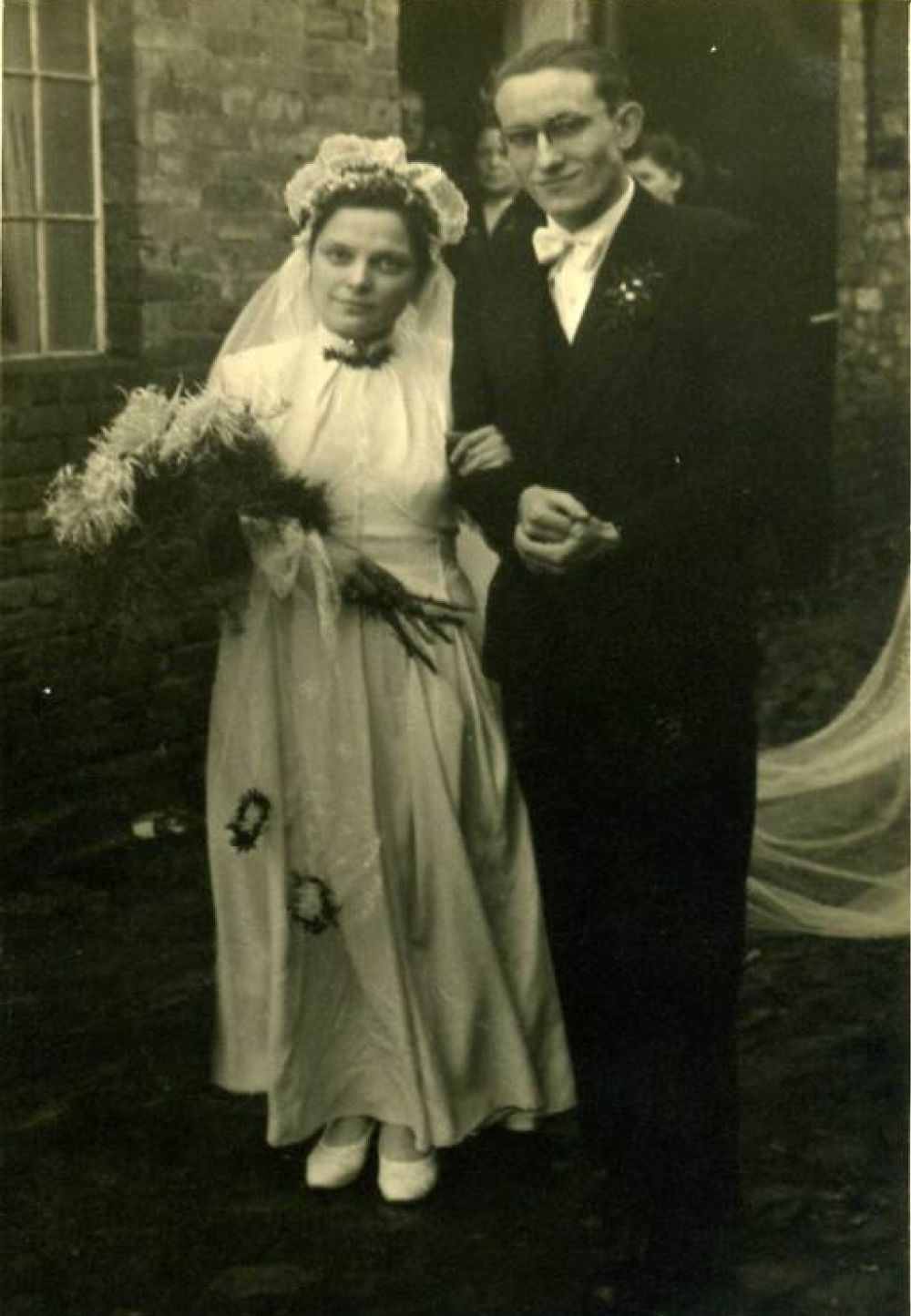 Feared Witchdoctor Burns His Charms for Jesus Joseph Maduhu is among 117,000 people baptized in TMI outreach in Tanzania

Golden Memories The excitement, the challenge, the sheer chaos of India. 1.3 billion people and rising. That and much more coming up next on Mission 360.