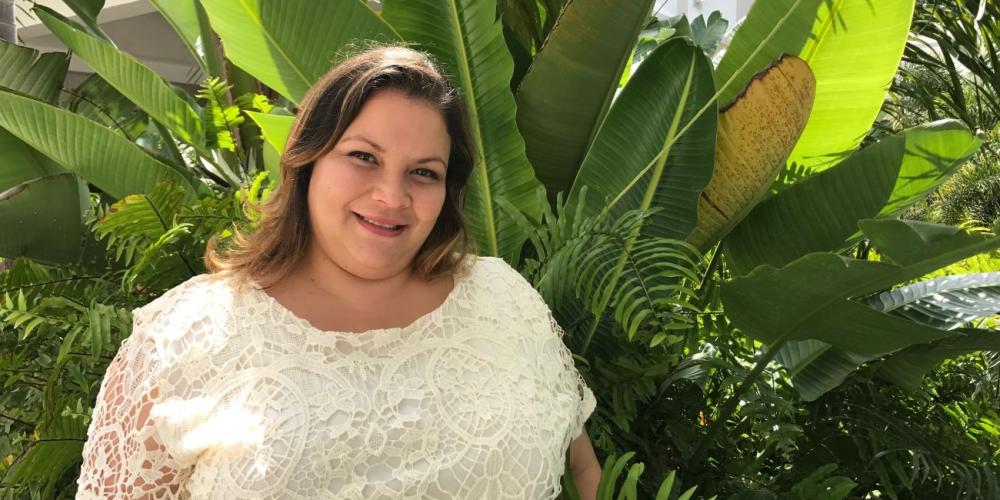 Little Nancy raised her hand when teacher Maria de la Paz Rodriguez asked whether any first graders had a prayer request at the Seventh-day Adventist school in Puerto Rico.

“Please pray for my dog,” the girl said.

“We can include your dog in our prayer today,” Maria said.

After hearing all the children’s prayer requests, Maria prayed for Nancy’s dog. Then she went to a piece of paper in the corner of the classroom chalkboard. The paper had two columns on it: “Reasons to Pray” and “Reasons to Say Thank You.” Maria took a black marker and wrote “Nancy’s dog” under the column for “Prayer Requests.”

Maria also prayed for the dog at the end of school when Nancy and the other children were ready to go home.

The next morning, Nancy raised her hand again.

“Please pray for my dog,” she said.

The next morning, she said the same thing.

Every morning for two weeks, Nancy asked the teacher to pray for her dog. Finally, Maria couldn’t be quiet any longer. She was so curious to find out what was happening with the dog.

“What’s going on with your dog?” Maria asked.

The teacher was surprised.

“Why are we praying for a dead dog?” she asked.

“I’m so sad,” Nancy said. “I think the prayer will help him be alive again.”

The teacher didn’t want Nancy to be sad, but she didn’t think that praying for a dead dog was the answer. She suggested that Nancy change her prayer a little bit.

“We are going to change our prayer because your dog has already died,” Maria said, kindly. “In heaven, you can choose any animal that you want. But for now, let’s ask Jesus to change your sadness into a better feeling.”

“Oh yes!” she exclaimed with a big smile. “That would be nice.”

Maria wasn’t upset that Nancy wanted to pray for her dead dog. In fact, she said in an interview that she was very happy because she saw that Nancy believes in the power of prayer.

“This was one of the ways that I could teach my students the power of prayer,” she said.

Maria, 38, has taught math and reading to first graders for 14 years, but she only recently started to teach the children to pray. She turned her first-grade classroom, where many students come from non-Adventist homes, into a special praying classroom after hearing a preacher read Colossians 1:25, which says, “I became a minister according to the stewardship from God which was given to me for you” (NKJV). The preacher said this verse meant that every teacher should be a minister in his or her classroom.

Maria had never thought about being a minister in a classroom, and she prayed to God for help. Then she told the first graders and their parents that her classroom was no longer an ordinary classroom. Instead of praying only at the beginning of school, she would now pray at the end, too. She made the special piece of paper for prayers and put it on the chalkboard.

The children and the parents liked the new praying classroom. Some parents immediately began to text their prayer requests to Maria by cellphone. Soon the parents asked Maria if she could meet and pray with them, too. The parents of three families are now preparing for baptism.

Maria said prayer is now an important part of first grade, and they will pray for anything — even a dead dog.

“I want the children not only to receive a diploma from school but also a crown from Jesus,” she said.

Mistaken Enrollment at Adventist College Leads to Baptism in Japan Yasuki Aoki, who had never met a Christian, was shocked when he was called to evening worship.