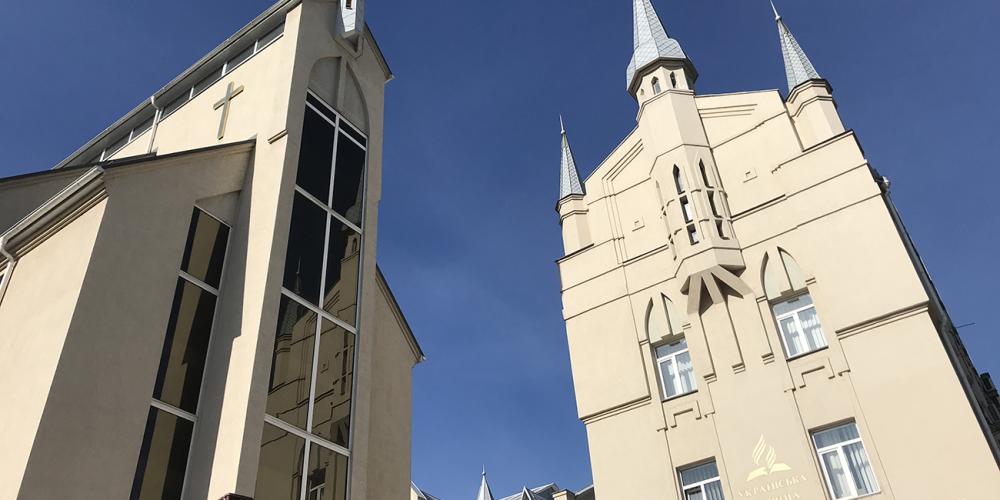 Crowds Flock to Adventist Churches for Safety in Ukraine

Adventist Mission is preparing emergency funds to help Seventh-day Adventist churches in Ukraine care for hundreds of displaced people flocking to their premises for food, shelter, and transportation to safety.

Adventist Mission is collecting funds for its Hope in Crisis initiative in response to an appeal from Adventist Mission’s director for Ukraine, Leonid B. Rutkovskiy, and additional funds have been earmarked for regular allocations during the crisis, said Jeff Scoggins, planning director at Adventist Mission.

“If we can meet their needs where they need it the most, this is the time to act,” Scoggins said.

Ukrainian churches have been inundated with people after armed conflict erupted on February 24, with 50-100 people arriving at individual churches every night for help.

“People are entering our church buildings, seeking a safe haven for themselves,” Rutkovskiy said by e-mail.

Church members are handing out food, providing shelter, and giving people rides from hot spots to safe places or the border.

“All Ukrainian pastors remain in Ukraine, and everyone is working and doing what they can do,” Rutkovskiy said.

The Adventist Church has 784 congregations in Ukraine and a membership of about 43,300, according to the latest statistics in the official Adventist Yearbook. More than 2 million of Ukraine’s 44 million population have fled the country over the past two weeks.

Adventist Mission, which plants churches worldwide, started the Hope in Crisis initiative after the September 11, 2001, attacks in the United States. The first funds helped send counselors and others to comfort and pray with people on the streets of New York.

Adventist Mission has turned to the Hope in Crisis initiative as the Adventist Church in Ukraine runs low on funds, and church members, who also are helping from their own means, face a similar quandary.

“We are almost running out of personal and church savings,” Rutkovskiy said.

Tax-deductible donations to help the people of Ukraine can be made on Adventist Mission’s website, adventistmission.org/donate. Select “Hope in Crisis (Ukraine)” as the desired project. Alternatively, in the United States and Canada, call 800-648-5824, or send a check to 12501 Old Columbia Pike, Silver Spring, Maryland, 20904.

Terrific Tuesdays Simple gestures like the ones Kaitaia Church are making are the things that actually connect us at a much deeper level. You can be a changemaker in your community as well. Just find your local Seventh-day Adventist Church to see how you can make it a reality.

Needing Rice in a Pandemic When disaster strikes, the most vulnerable often struggle the most. The COVID-19 pandemic put low-income families around the world in difficult positions. Some have been unable to provide for their family’s most basic needs and put food on the table.