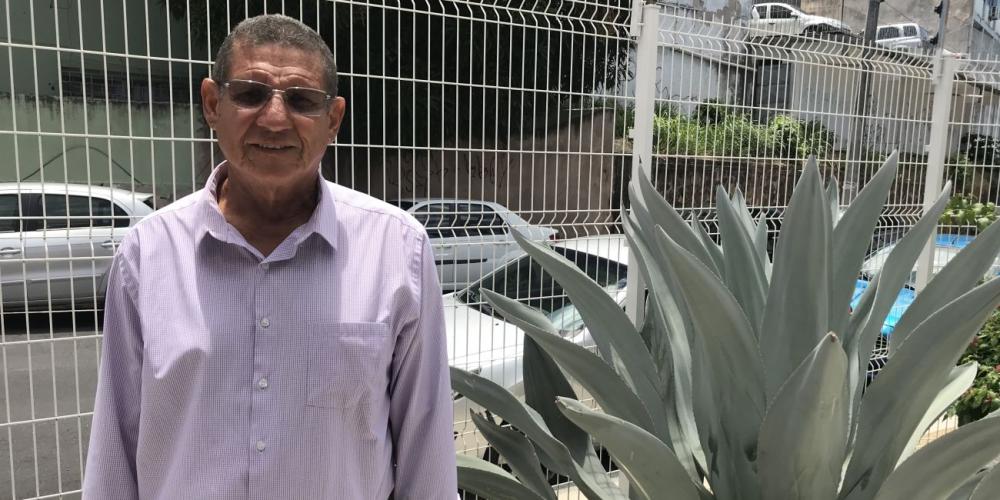 After a few weeks, Father noticed something different about Beatriz.

Eight-year-old Beatriz Silva Souza didn’t pick up her toys or help her parents around the house in Aracaju, Brazil.

At school, Beatriz often got into trouble for misbehaving. Every time she was naughty, the teacher wrote a note for her parents, and Beatriz had to take it home.

Then there was homework. Oh, how she didn’t like to do her homework!

Mother had heard about the Seventh-day Adventist Church on Novo Tempo, the Brazilian affiliate of the church’s Hope Channel television network, and she wanted to learn more about God. Before leaving the house, she invited Father to come, too, but he shook his head.

Beatriz liked the church. The adults and children were friendly. They invited her to join the church’s Adventurers club, and she eagerly agreed. She proudly wore her new Adventurers uniform of a blue skirt, white blouse, and orange necktie and attended club activities.

After a few weeks, Father noticed something different about Beatriz. When she woke up in the morning, she immediately made her bed. Her toys were always in their place, and she cleaned and organized her closet and dresser drawers. After school, she did her homework without being told. Every day she took the broom and swept all the floors. After supper, she carried all dishes to the kitchen, washed them, and put them away.

A few times Mother protested, saying, “No, no, I can wash the dishes!” But Beatriz washed the dishes anyway.

“Daughter, what has happened to you?” he asked. “What has caused you to be so helpful and to act this way?”

“I learned at Adventurers that I need to help at home and to help my parents,” Beatriz replied.

To himself, he thought, “Wow, God really can change people’s hearts! Beatriz used to be so angry and rebellious, but now she is kind and helpful.”

Then Father thought about his own life. He wanted God to change him, too. He had started drinking alcohol when he was just 14 years old, and he now drank nearly every day. His parents drank; everyone in his family drank. Try as he might, he couldn’t seem to stop.

Father prayed silently, “Dear God, if you can change my daughter’s life, please change my life, too. I want to be changed like her. I want to stop drinking.”

Mother kept inviting Father to church, but he always refused. Three months after Mother started going to church, she gave her heart to Jesus and was baptized.

When Father saw that Beatriz was helpful for an entire month, he realized that he really had a new daughter. She was a new person. He asked for Bible studies at the church.

Even as he studied the Bible every week, he couldn’t stop drinking. Then he read Jesus’ words in John 8:36, “Therefore if the Son makes you free, you shall be free indeed” (NKJV).

He prayed, “Lord, it is written in Your Word that if You make me free, I will be free indeed. I want to be free from alcohol and to serve you together with my family. I want to be baptized like my wife and to be free.”

Father was baptized in September 2017, seven months after Mother. Beatriz wept with joy as she saw her father coming out of the water. Mother was happy, too.

“Now, me and my house will serve the Lord,” she said.

From the moment Father was baptized, all desire to drink left him. He never drank again.

“My home has changed for the better,” said Father, whose full name is Carlos Alberto de Souza, 60.

“I never thought that God could rescue me from my addiction to alcohol,” he said. “But God has the power to change people. I am a new creation, and I am very happy. Today, we have peace at home, thank God.”

Carlos Alberto de Souza talks about God transformed the life of his daughter — and then his life. In English and Portuguese. (Andrew McChesney / Adventist Mission)

Part of the second quarter 2019 Thirteenth Sabbath Offering will help open a new church building in Beatriz’s hometown, Aracaju, Brazil. The church building where Beatriz and her family worship is too small for the rapidly growing congregation, and the money will go toward a larger building. Thank you for your mission offerings.

Missionaries Take 2 Boys Home in Africa The couple invited the two brothers to stay for 10 days, but then they extended the stay.

May - The Last Frontier Tony and Irene have fully accepted God's call to the last frontier. They share the rewards and challenges of mission work in Alaska.