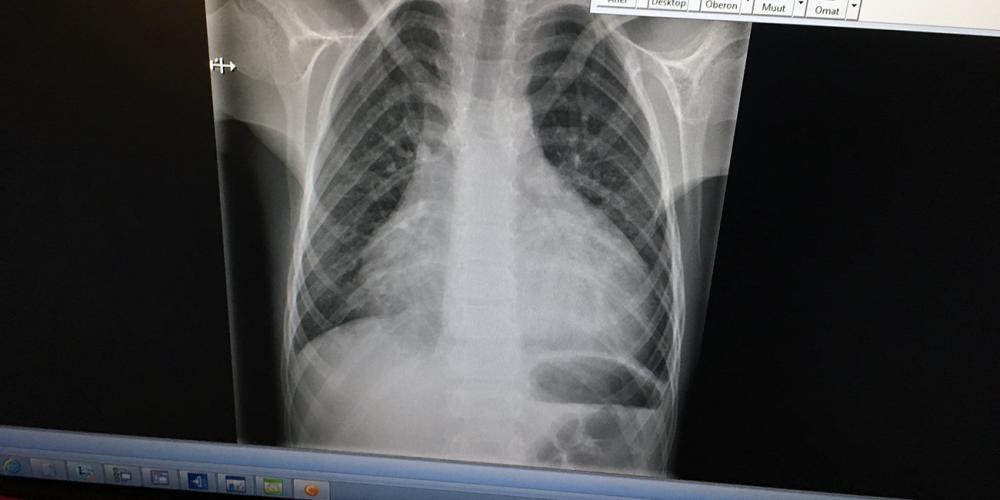 The devil tried to snatch away Alex, but Jesus gave him a new heart.

Alex was diagnosed with congenital heart disease, a hole in the heart, as a baby in Finland.

Doctors hoped that the heart would heal itself, but it didn’t. So when he was 8, doctors performed open-heart surgery in 2018.

Afterward, Mother looked at the small boy lying in the recovery ward and thought, “For some reason God allowed this to happen. He has a purpose for our lives.”

Mother wrote about the experience on Facebook. Many Finns began to follow her Facebook page, allowing her to speak about God with people who otherwise would not listen. Alex was becoming a missionary.

The boy recuperated quickly from the operation and returned home after only five days. It was a miracle. The devil had tried to snatch away Alex, but Jesus had given him a new heart.

The summer of 2018, however, turned out to be hot. One evening, Alex complained about a pain in his chest. At the hospital, doctors saw that his heart had swollen to double its normal size. Alex was rushed into emergency surgery. Hours later, doctors called the operation a success. The devil had tried to snatch away Alex, but Jesus had given him a new heart.

Alex acted unusual when he returned home. Usually kind and quiet, he became aggressive and loud, especially toward Father. One evening, Alex was particularly angry, yelling unkind words and tossing his eyeglasses on the floor.

“Why are you acting this way?” Father asked, placing a hand on Alex’s head to pray. This was something Father had done many times to pray.

But this time Alex refused prayer. “Take your hand away!” he yelled.

He turned to Father with a look of pure hatred in his eyes. Father had never seen such an expression on his face before. He went to the kitchen, where Mother was preparing supper.

Father and Mother walked over to Alex. Without saying a word, Father placed a hand on Alex’s head. Mother placed her hand on the boy’s forehead.

“In the name of Jesus, we command you, evil spirit, to leave Alex,” Father said. “We have given Alex to God, and you have no place in his life.”

After the prayer, Alex returned to his normal self. He smiled and laughed like nothing had happened.

The devil had tried to snatch away Alex, but Jesus had given him a new heart. Mother hopes that Alex grows up to have a heart for mission and that his story will change hearts.

“I have given his life to God,” Mother said. “We feel that Alex has a special relationship with God. His life has been difficult, but we believe that God will do something wonderful with him.”

The Girl No One Wanted ADRA's Keep Girls Safe initiative has been a refuge for many young girls in Thailand. Let's visit them to hear how one girl's life was transformed!

Praying for Poisoned Tom Father entered the bathroom just in time to see the kitten swallow the poisonous orange ball in Serbia.