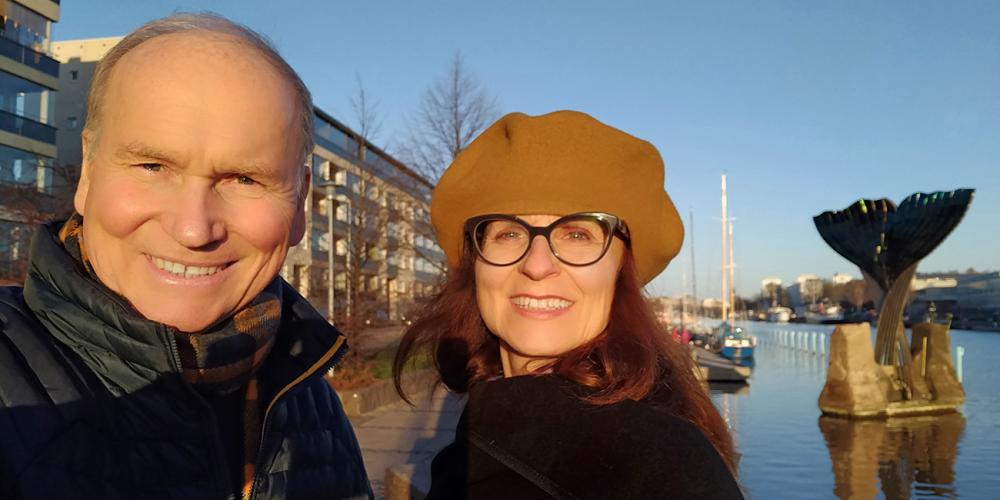 ​Missionary Wonders Why He Was Sent Home

Then a routine medical checkup finds a life-changing surprise.

Leif Hongisto couldn’t understand why he was heading home to Finland after serving for nine years as the president of Middle East University in Beirut, Lebanon.

He loved the Seventh-day Adventist university, the Mediterranean climate, and freshly made hummus. Most important, he felt that he hadn’t realized the full vision for the university that he had cherished in his heart, and the decision to be heading home caught him by surprise.

“I was rather confused about why God was leading my life away from something that had become my whole life and was very close to my heart,” he said.

With many prayers and heavy hearts, he and his wife packed their suitcases, filled up boxes, and flew to Finland. As part of the process for missionaries returning to home, Leif had to undergo a medical examination at the hospital. During the routine procedure, the doctor detected slightly raised PSA levels in Leif’s blood, a possible sign of prostate cancer.

“Have you had any health complications?” the doctor asked.

However, the doctor ordered a follow-up test.

A couple months later, the PSA levels had risen even more, and the now-worried doctor called for additional tests and a biopsy. Soon, Leif was whisked away for a five-hour surgery, and the doctor removed a 3.5-ounce (100-gram) tumor.

“It turned out that a routine medical checkup detected an aggressive cancer growth,” Leif said. “I began to understand why God led me back to Finland where I would get very professional, up-to-date technology for treatment.”

Leif, 62, remains a missionary. He is in good health and serving as rector of Finland Junior College, a boarding academy and day school with about 185 students ages 6 to 18 in Piikkiö, a town in southwestern Finland. Many students at the school, founded in 1918, come from non-Adventist families. Finland itself is a highly secular and has only 4,800 Adventists in a population of 5.5 million.

“I have an interesting task at the school, leading out in a true mission field for Christian education in a secular setting where Christian values are questioned today,” Leif said in an interview in his office. “But there is genuine interest among young people for that which is eternal, sustainable and can offer true meaning in life.”

Leif said his prayer life has become more meaningful and he has grown closer to Christ, both as a result of his time as a missionary in Lebanon and his present bout with cancer.

Reflecting on his 2018 move back to Finland, he said he has taken to heart the words of a speech that he gave at his first graduation ceremony at Finland Junior College in May 2018. He told the graduates, “You think life is in front of you and you have a vision of what it will look like. None of that will come true. Life will turn out very differently. But when you give it to God, a life lived in faith will always be more exciting, significant and substantial than what you ever could have imagined.”

“That is true in my life,” he said. “Life definitely surprises me positively each new day and is definitely better than what I could have imagined.”

The Family I Found Living far from home can be a lonely experience. That's why Berhanu the pioneer created a community to act as each other's extended family in Ethiopia.