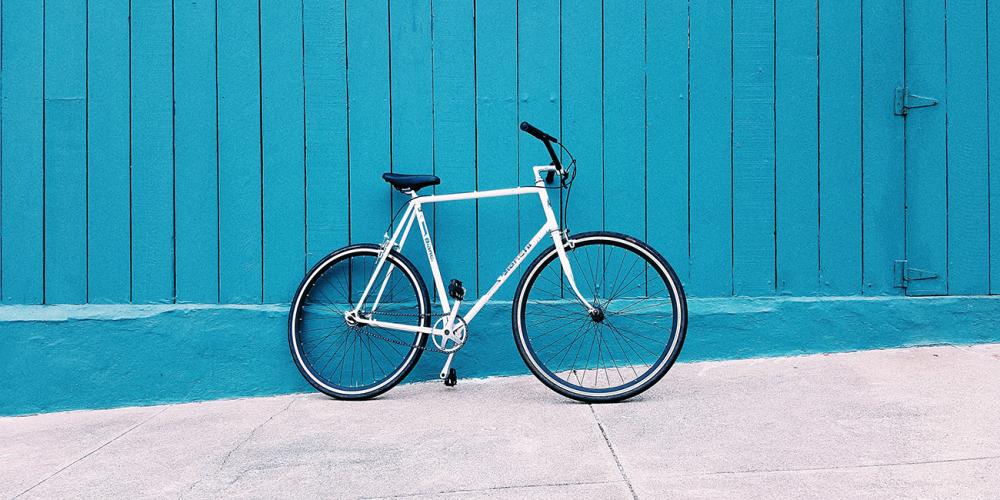 ​Every Bicycle Needs a Bible

Reaching out to a security guard in the Middle East.

By M.B., as told to Kathie Lichtenwalter

I wish you could meet Hussein, the security guard for the building where my wife and I live as missionaries in the Middle East. From the time we first met him, we could tell he observed his faith carefully, and was living with sincerity. I liked him.

Hussein has visited our home many times, and he has invited us to his. We have often conversed about the simple things in life and even sometimes about spirituality. At our initiative, he has graciously joined us in prayer.

As our friendship grew stronger by God's grace, we sought to take a new step in our friendship. We began to pray for the right moment to give him a Bible.

One day, I noticed that Hussein was upset. He impatiently explained that his bicycle, his only transportation to work, had been stolen. He was preoccupied with trying to find a bicycle to borrow. That’s the day that I began praying for a bicycle for my friend.

Several months passed, and we received an unexpected gift of U.S.$40. I was puzzled. It seemed like God had sent the money directly from heaven. As I was praying a short time later, the distinct thought came to me, “Show Jesus to your friend. Buy a bicycle for Hussein.” I set aside the $40 and began adding to it.

But the country's economy worsened by the day, and no matter how much money I saved, I did not seem to have enough to buy a bicycle. But I kept praying and saving. I also went to many second-hand bicycle shops. I began imagining what it would be like to give Hussein a bicycle for his birthday!

When Hussein’s birthday came, my wife baked a cake, I planned a special menu, and we invited him for supper at 5:30 p.m. Certain that God could still answer with a miracle, I went out looking for the bicycle that we had prayed about for so long. At 5 p.m. I returned home, unsuccessful and discouraged. My wife reminded me that God knows how much we wanted to help and how much we had prayed.

“He’s taking care of the situation,” she assured me.

The supper was a perfect surprise. Hussein was delighted! He told us how blessed he was to have us in his life. We enjoyed the meal together, presented him with the cake, and had a special prayer for him, thanking God for his life. But we had no bike. No gift.

The next day, still searching for a second-hand bike, I was startled by an online post indicating that a Russian man had listed a bicycle for sale at a very good price only 10 minutes earlier. I couldn't believe the price, the photo, and the condition of the bicycle. I grabbed my phone, contacted the owner, and even bravely asked for a small bargain. The deal was made, and we met for the exchange. As I lifted the bicycle into the back of my car, I knew God had answered our prayers. The bicycle had cost the exact amount that I had saved over many, many months.

As my wife and I inspected the answer to our prayers, we wondered out loud to each other, “What if we give Hussein a Bible with the bicycle?”

We wrote a card and wrapped the Bible that we had bought many months earlier. We prayed for the best moment to present him with the gifts. I carefully planned what to say. I knew that the bicycle would be meaningful. I hoped that the Bible would be a sensitive step toward sharing truth.

Hussein was overwhelmed with emotion when we arrived at his door with the bicycle. The bicycle looked impressive! But I never expected the expression on his face as he gently held the Bible and carefully turned its pages. He was in awe. He was delighted. But I don’t know who was happier — him or me. After two years of friendship, I was finally giving my friend and brother a Bible, the gift I had prayed about the most! My joy was indescribable.

A few days later, Hussein invited me to his home for tea. When I arrived, I found him reading the book of Genesis. His eyes sparkled. He explained that he had never read the Creation story before. I knew we had much to talk about, and I prayed for the Holy Spirit to give me the right words. That evening, we spoke of heaven and death. I showed Hussein some beautiful verses in his new Bible.

As we spoke, Hussein kept quietly leafing through the pages of the Bible. He seemed so engrossed with the Bible that I sensed God urging me to offer to study the Bible with him. I heard myself giving that wonderful invitation, “Would you like to study the Bible together?” To my astonishment, he accepted — and with great eagerness.

That week, we began our Bible studies. That week, God continued His amazing work, and He is still working. Hussein and I are both growing closer to God and to each other.

My heart is filled with thanksgiving to God. I am filled with awe by the privilege of sharing God with Hussein. I am thankful to my wife for her kind and faith-filled support. I am thankful to relatives in my homeland who have prayed with us for Hussein. I am thankful for believing friends who have prayed for us during this experience. I thank God for sending us the money to buy the bicycle and for giving us the courage to share His Word with someone who is thrilled to learn about God for the first time.

Navigating Panama City Panama is a country of more than four million people. It's also a cosmopolitan country with nearly 70% of the people living in cities. How can Seventh-day Adventists reach them? Learn how it's being done.

Working Under Fire A missionary couple endures a turbulent time in Cambodia, an engineer helps build churches in Peru, and the sights and sounds of Panama. Adventist Education Expands Rapidly on Former Soviet Soil Schools are touching the hearts of children and parents alike. Ruben the Engineer Ruben donates his time and skills to help build Adventist church buildings. He is now planting a new church in his house. Finding Relief from Depression For Rebecca, depression was a deep, dark hole. She needed help. She turned to a program run by ADRA, that helped her experience life in a new way. Serving in Far Places An Argentinian couple serve as missionaries in Cyprus, an Urban Center of Influence caring for the sick in Hungary, and a Global Mission pioneer planting churches in Nigeria. Mission Unusual Tokyo A Pioneer Life for Me A Global Mission pioneer in Botswana tells his story.