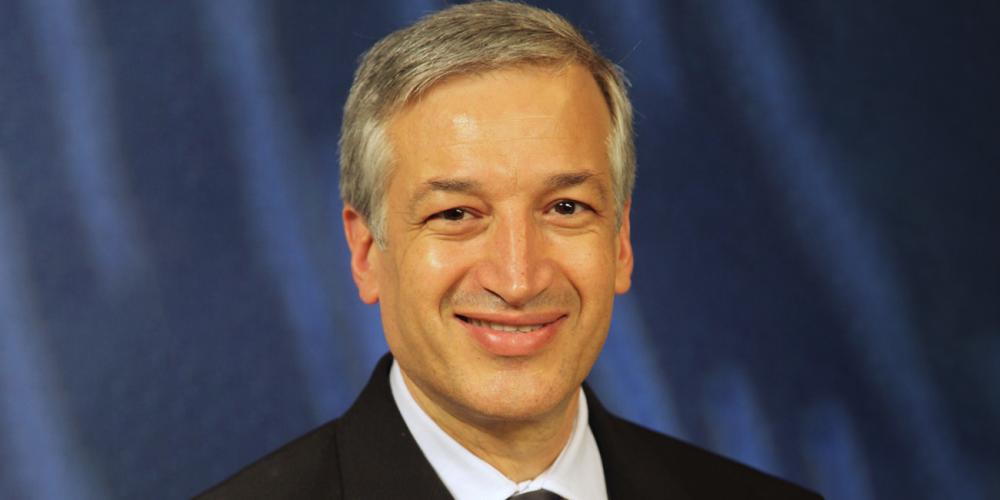 Reinaldo W. Siqueira, dean of the School of Theology at the Brazil Adventist University outside Sao Paulo, Brazil, has been named the Seventh-day Adventist Church’s new chief liaison to the Jewish community.

The General Conference Administrative Committee has voted Siqueira as the director of the World Jewish-Adventist Friendship Center, which operates under the auspices of Adventist Mission and oversees the world church’s relations with the Jewish people.

“I accept this call from the church with humility, counting it as an honor and a privilege bestowed upon me and my family by the Lord through His church,” said Siqueira, who also has overseen the South American Division’s relations with the Jewish people since 2003.

“I pray that the Lord might guide us in service for the glory of His name and for the advancement of the mission of our church,” he told Adventist Mission.

Siqueira, who has established Jewish-Adventist congregations in the Brazilian cities of Sao Paulo, Rio de Janeiro, Curitiba, Campinas, Manaus, and Florianopolis, is well-equipped as the new director of the center, said Gary Krause, director of Adventist Mission.

"I'm delighted that Dr. Siqueira has accepted this new role,” Krause said. “He has a rich understanding of Jewish history and culture and has participated in many interfaith dialogues with Jewish leaders. He will help build even better bridges of understanding with the Jewish people — to whom we are deeply indebted as Seventh-day Adventists.”

The World Jewish-Adventist Friendship Center is “a multinational organization dedicated to fostering mutual respect, dialogue, understanding, education and research between Israel and the church, especially between Jews and Adventists,” according to its website, JewishAdventist.org.

“The closeness and similarities between Adventism and Judaism (Style of life, Sabbath, Messiah etc. …) give them the unique opportunity to generate interfaith dialogue at the highest levels, bringing together Jewish and Adventist leaders and renowned scholars,” the website says.

Richard Elofer recently retired after serving as the center’s director for more than two decades.

Siqueira said he looked forward to moving forward on the path blazed by his predecessor.

"I would like, first of all, to recognize the exceptional work done by Elder Richard Elofer in the last 21 years as the director of this center,” he said. “I think that my first responsibility is to continue to move forward in the tracks that he laid, bringing a better understanding and true friendship between the Seventh-day Adventist Church and the Jewish people.”

He said the two groups have much in common as “people of the Book,” and he expressed hope that dialogue would topple any walls of prejudice and misconception that have impeded God from realizing His full will for both groups.

“This is the divine will for blessings and peace — ‘shalom,’ which literally means not only 'peace' but 'fullness’ — that He has made plain in His Word,” he said.

Krause also paid tribute to Elofer’s work at the center. “He brought to the church a better and richer understanding of Jews, and has modeled in his own life the meaning of the name of the center,” he said.

Siqueira has served as dean of the School of Theology and as professor of Old Testament languages, theology, and exegesis at Brazil Adventist University in Engenheiro Coelho, Brazil, since 2016. Before that, he served as dean of the Latin American Theological Seminary of the South American Division from 2012-2015 and director of Adventist-Jewish relations for the Brazilian Central Union from 1998-2002. He also taught at Sagunto Adventist College in Sagunto, Spain, in 1985-1986. Siqueira holds a doctorate in religion (Old Testament studies) from Andrews University in Berrien Springs, Michigan; and master’s and bachelor’s degree in theology from Adventist University of France in Collonges-sous-Salève, France. He has pursued post-doctorate work in Jewish languages and literature.

He speaks Portuguese (native), Spanish, English, and French fluently, and also upper-intermediate Hebrew. He holds certificates in modern Hebrew from Beyt Sefer la Poalim Mitchel in Jerusalem, Israel, and Ulpan of the Jewish Community of Geneva in Switzerland.

Saved Three Times Li’s lifestyle put a strain on his family, and his wife left him. Not long after she left, he had a stroke. Let's find out how Li's life was turned around.

Serving in Far Places An Argentinian couple serve as missionaries in Cyprus, an Urban Center of Influence caring for the sick in Hungary, and a Global Mission pioneer planting churches in Nigeria.